Today in the studio we undertook an activity whereby we grew existing inspirations to develop and share our own ideas. This process is called "World Cafe".

Personally as I reflect on Today's process, what makes such a seemingly simple practice — that of talking together about things that we set out during our studio 2 and developed and intentionally linking the essence of our conversations with students. Through our informal conversations, it offers us the opportunity to notice the possibilities for mutual insight, innovation, and action. I feel, through using this World Cafe methodology process, it offers a unique mixture of freedom and focus, of coherence without control. 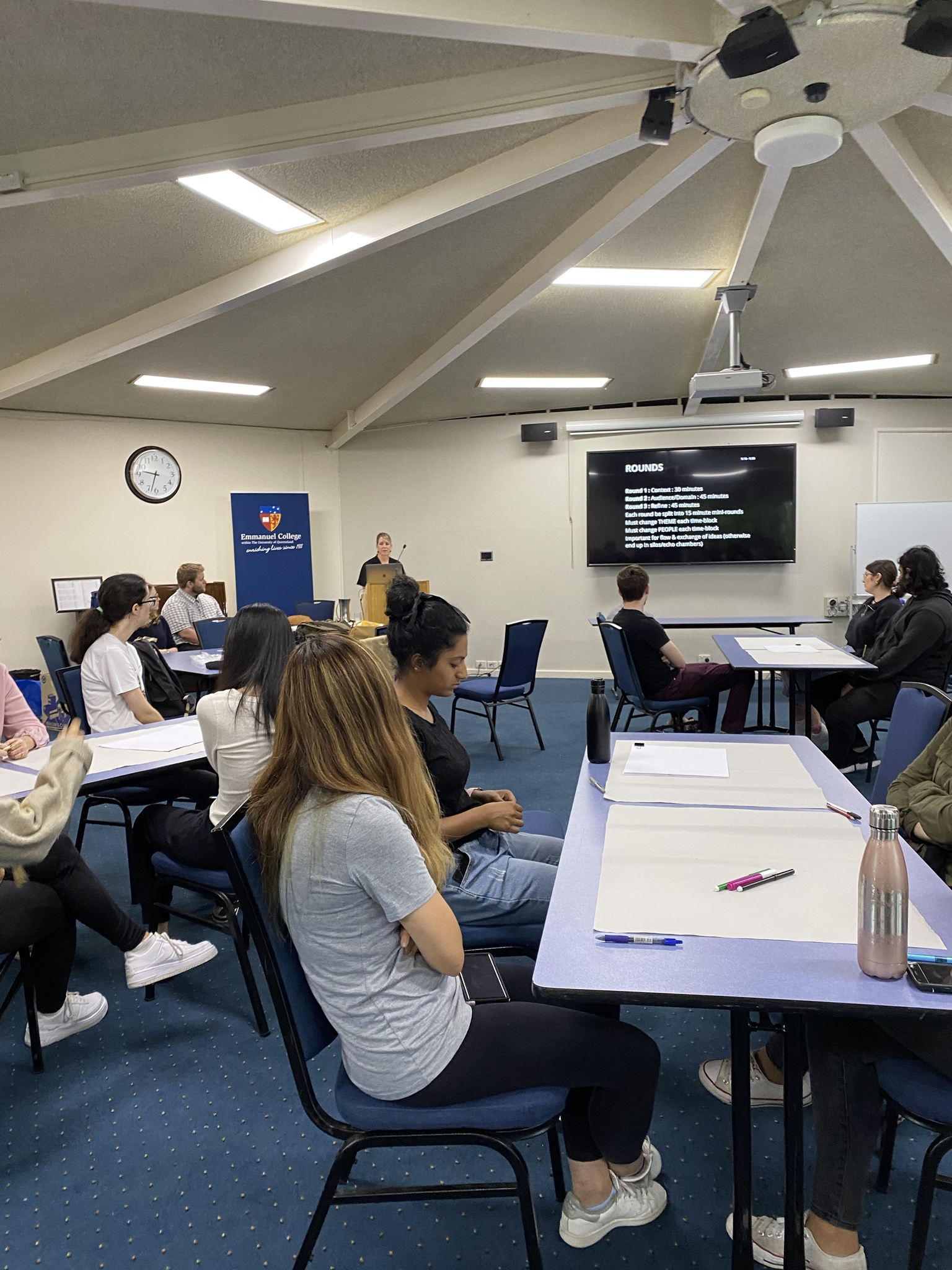 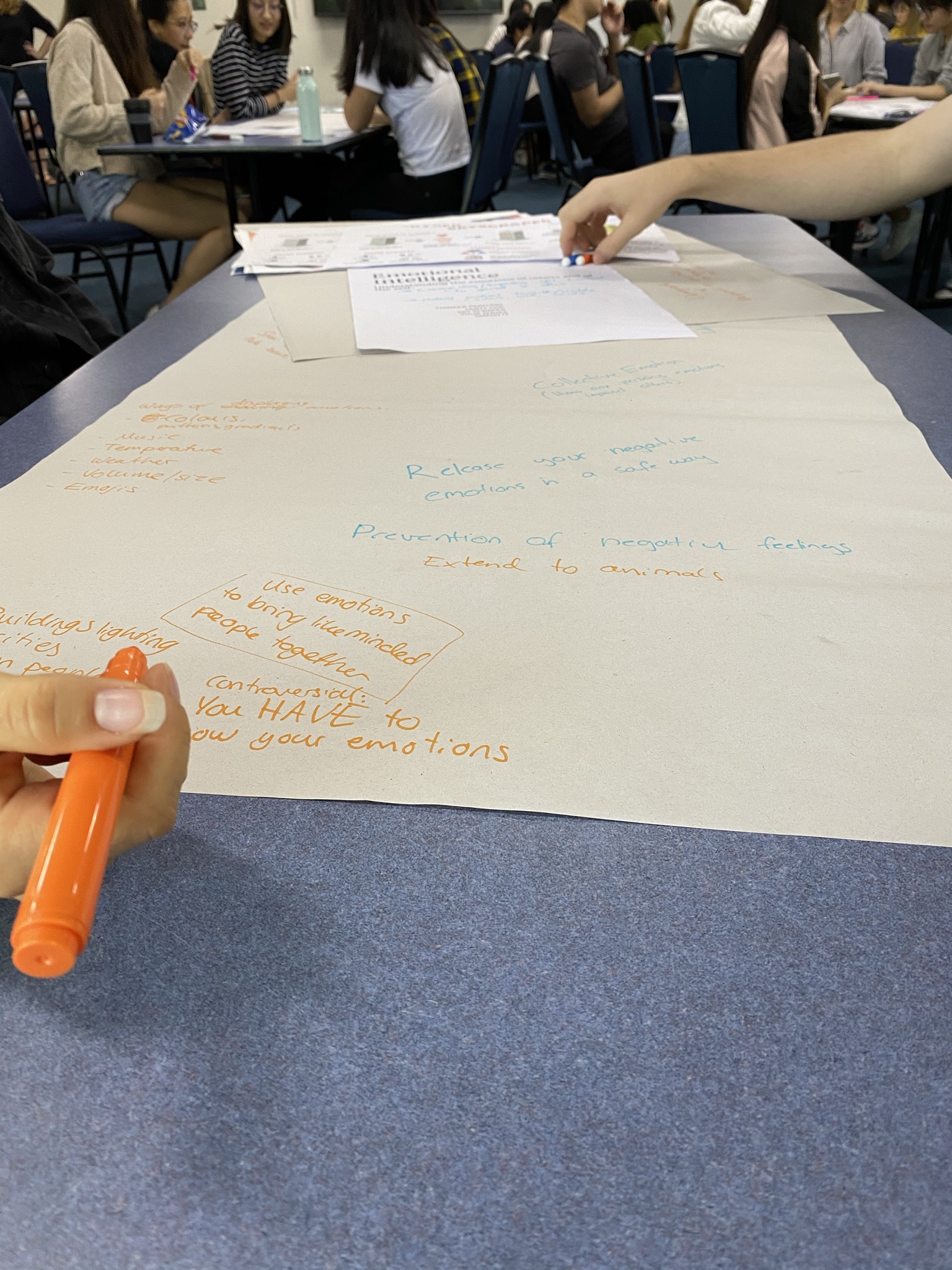 Today during World Cafe, we were able to experience and learn/ immerse our understanding of other ideas and general themes. This was another stage in the ideation process in which we undertook to seek inspiration to generate a brilliant idea. 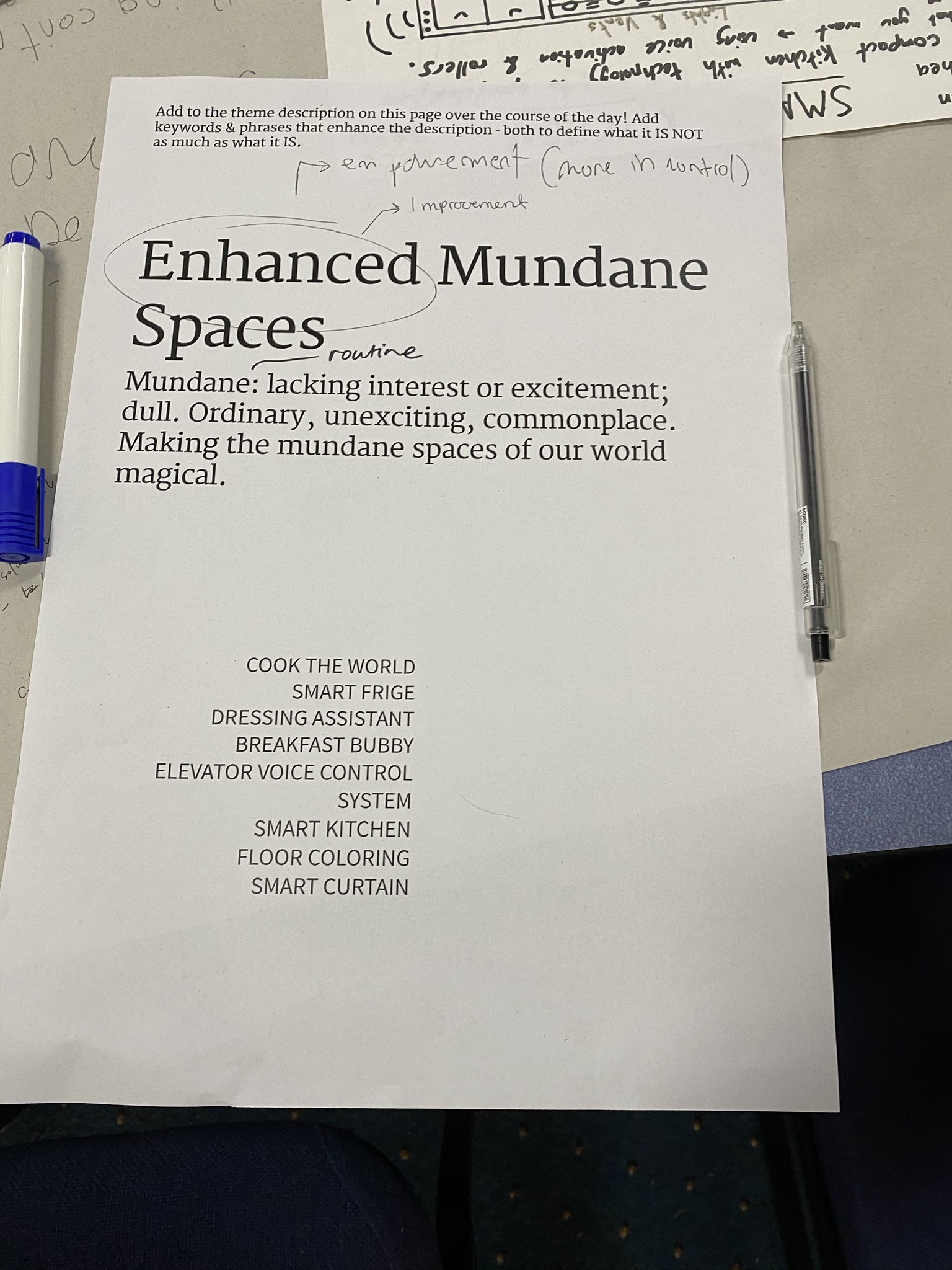 During each round, we respected all group members to ensure their ideas were fairly shared without interruptions. When I came up with an idea, to ensure that my thought wasn't lost, we had two large butcher papers to jot down our ideas to share after the other person has finished sharing their idea. 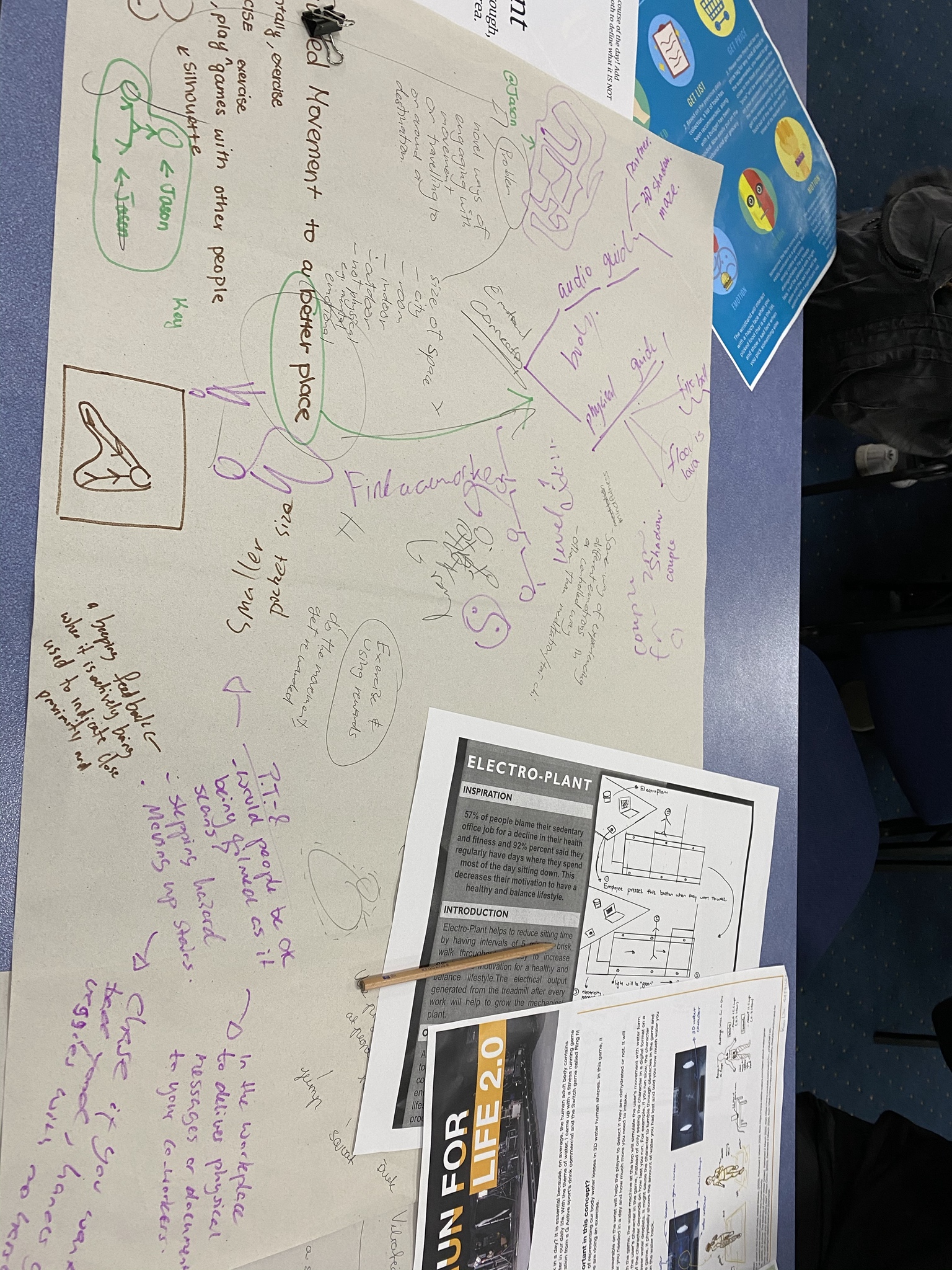 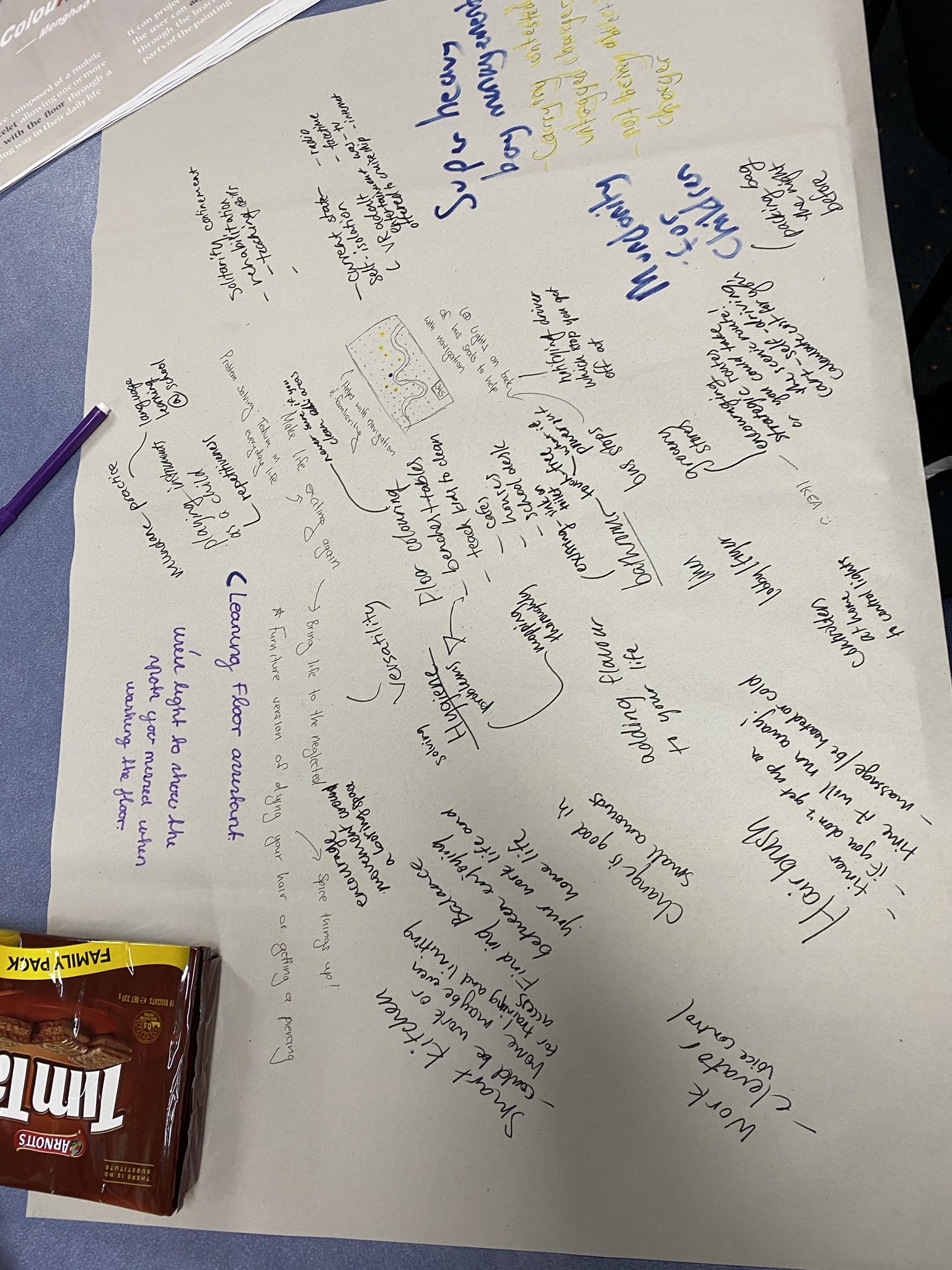 After three rounds of world cafe, we were given an opportunity to vote for the best concept/idea 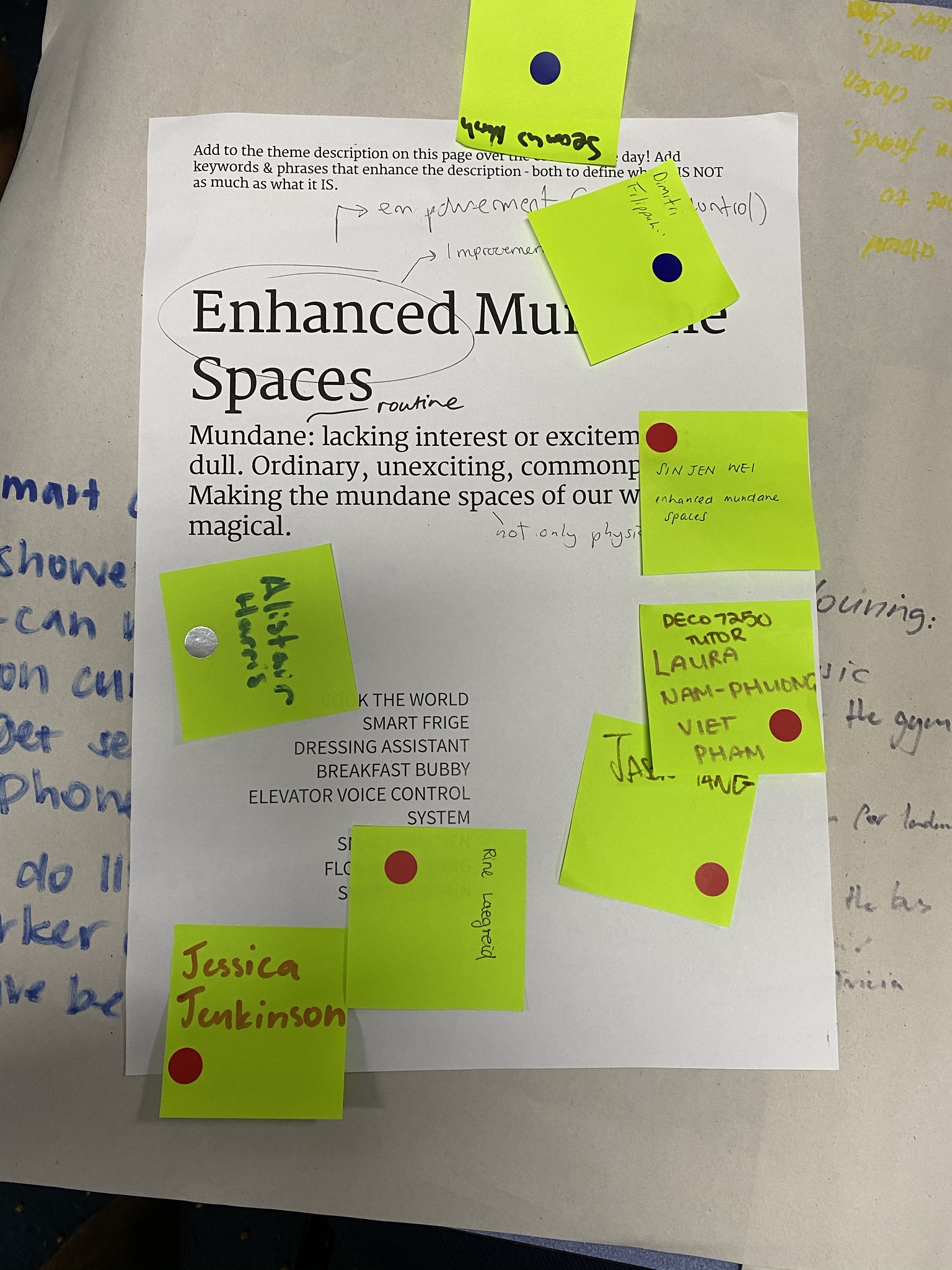 After the three rounds, I'm really inspired to further investigate the idea of "enhancing mundane spaces".

In today's society, we are constantly surrounded by mundane spaces. An interpretation of mine at this stage is:

ordinary spaces and places that don't normally get a second glance and that are often overlooked by the world because of there mundane and ordinary status in the world.

Typically car parks, building entrances, loading bays, public open spaces, back streets and "Non Places/Spaces". I will be further looking into space both in a physical and abstract context.

From my experience after today's workshop and understanding thus far, World Cafe methodology fosters an environment that develops good conversations. I felt during the studio, this World Cafe approach is designed to get authentic dialogues started. This is in order to encourage the sharing of ideas in a relaxed, informal and creative atmosphere.