This weeks first contact was organised as a world café. The previous week all of the different ideas had been put into themes and this week we would explore them even further. This was a fun exercise and gave the class a good opportunity to understand and develop ideas beyond what they already were. The first round was definitely easiest as everything was blank and it was up to the table to start each theme exploration. As time went by it became harder and harder to reset your mind for the new theme and catch up to what the previous groups had discovered. Also, since the butcher papers were rarely well organised it was difficult to read and understand what was what. By the last round some of the previous notes was so weird that my group had difficulty starting the discussions, so we decided to kind of start from scratch. 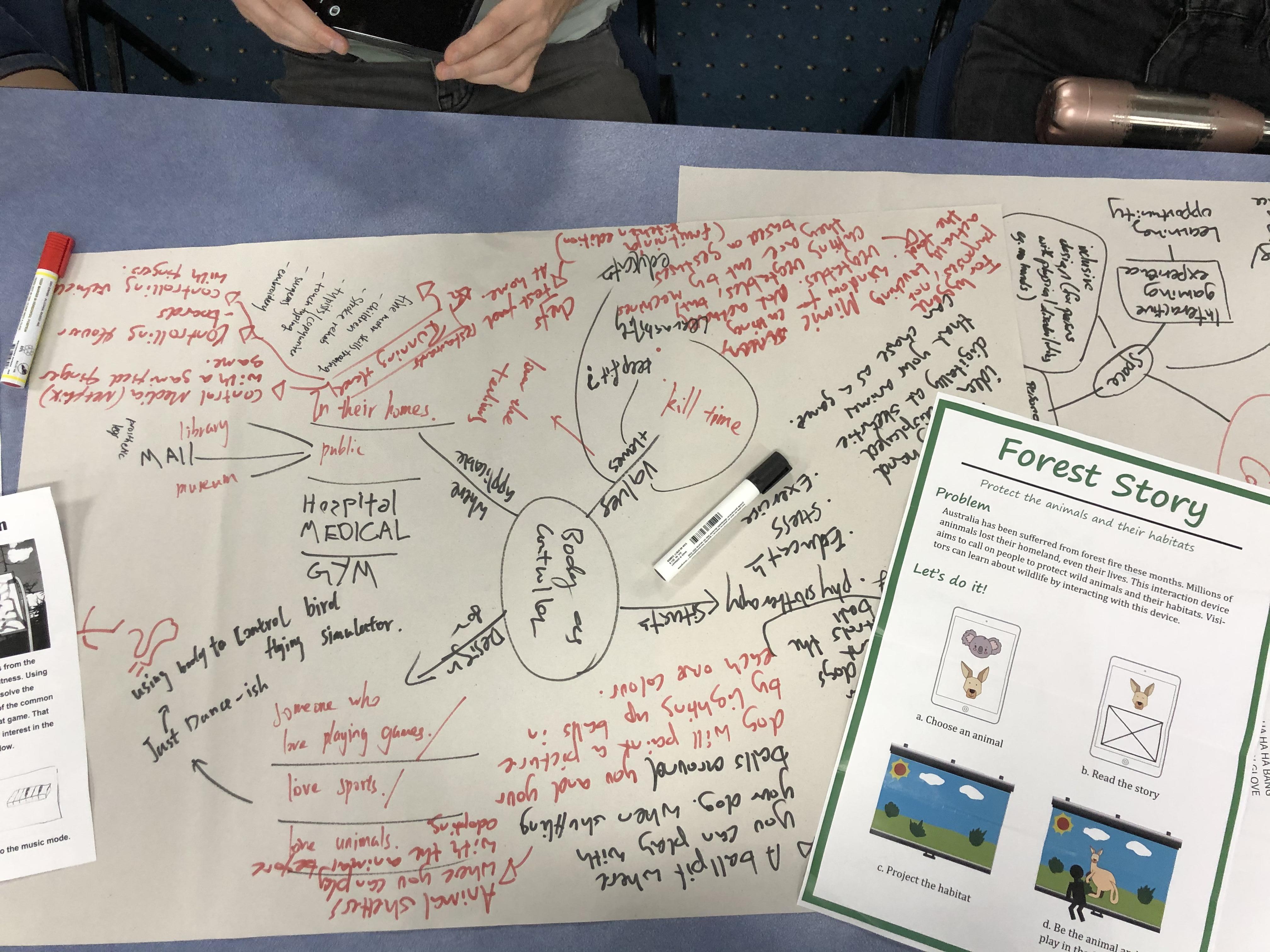 Because there were so many different tables and themes it was impossible to explore every theme that was available. I tried to have a quick overlook as I ran around finding out which table I wanted to sit by, but in the end I ended up just sitting somewhere I hadn't been before. The themes that I got time to explore were:

In the break I got the chance to go to each table and look at the themes and their descriptions. In the end we were asked to choose three themes and arrange them from 1-3 of which one is the theme you want to work with the most and three is the least. After considering all of the themes(mostly those I had discussed) I chose these three: 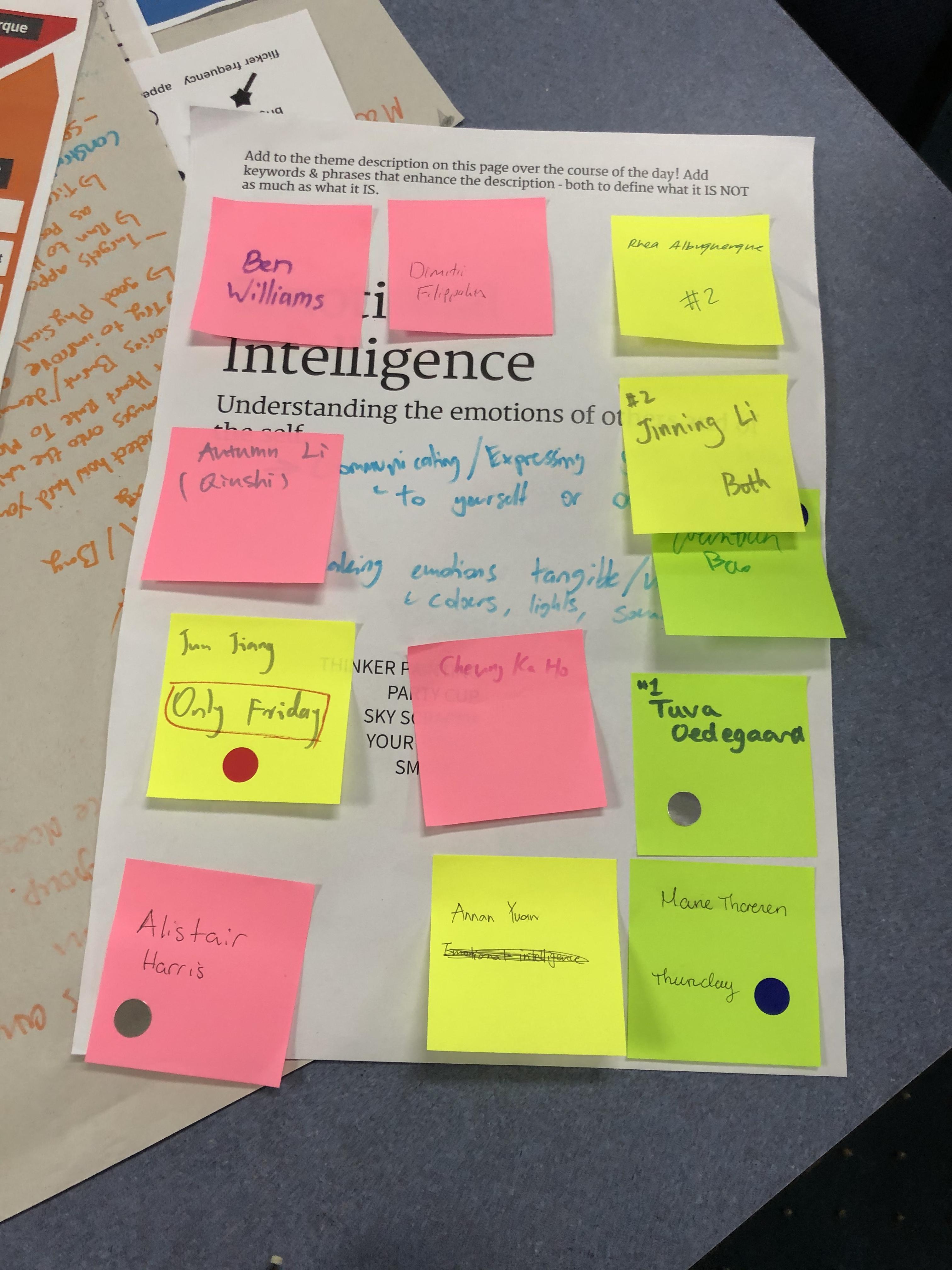 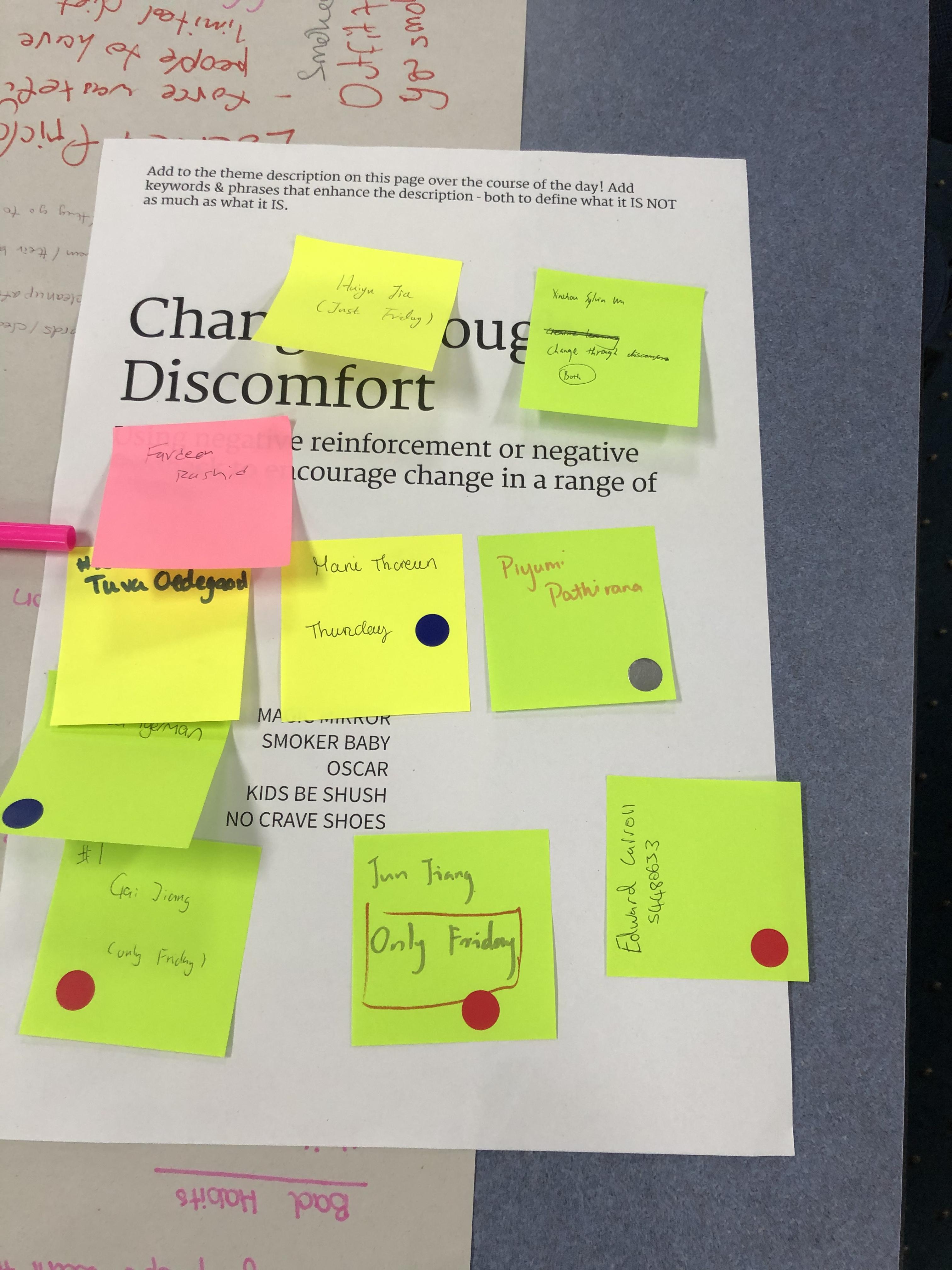 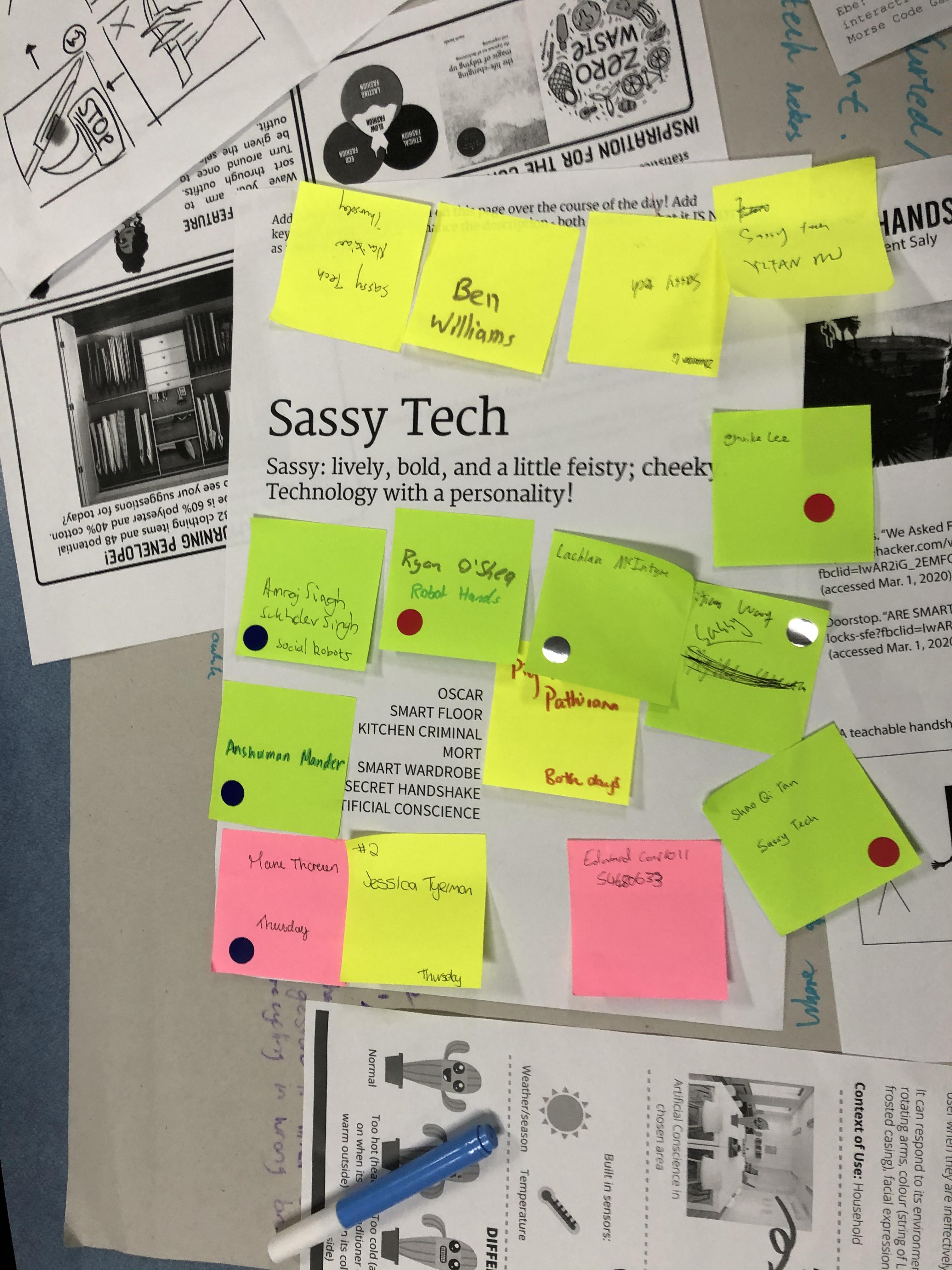 All of the themes above gave me inspiration and was the easiest for me to contribute in the discussions since they almost immediately gave me new ideas. Overall, a good and productive day.