Reflect from this week

This week is the second week of online learning, and it is also a very struggling week. As I mentioned in the journal last week, our group struggled earlier this week because our group was not satisfied with the previous pitch concept, and we failed to obtain a unified opinion on a new concept. We also reflected this in the report on Tuesday. This situation actually continued until Friday, although we did some housekeeping work, such as the assigning the workload of proposal, but there is no actual progress.

We have considered following the feedback suggesting us to focus on education, but we found that education is actually difficult to integrate with the body as controller. Until our group discusses again on Friday, we reviewed the idea of looking for to everyday life mentioned in the feedback, we started to refine our concept again from the beginning. Finally, we found that Paula ’s original pitch actually provided a very interesting direction, that is, using breath as the controller to bring well-being. This can be a very interesting direction. And as far as I understand, there are already similar breathing training devices in psychological research using video feedback, but it is very raw and not portable. We then determined our concept, and each person diverged separately. I chose the scenario of using breath controller in outdoor activities, so I will focus on the movement of people and the portability.

At this point we have basically completed the team section of proposal and started the individual section.

In the next week, I will continue to embody my concept, because our final team problem space was actually determined on Friday, so we did not get much time to think carefully about our individual ideas. Next week, I will focus on the specific implementation of my concept, especially about technical methods that may be used. At the same time, I will continue to write the proposal.

And this week I finally received my Arduino kit. Next week, I will begin to explore the possible use of Arduino.

This week I initially explored some basic usage of Arduino and made a traffic light system based on the tutorial. I used the voice control in DECO7230, so I skipped the part of using Arduino, and only tried it in workshop tutorial. But in general, I think this is a friendly device. Only one strange thing about Arduino is that its preset variables HIGH and LOW turned out to be the int variables, which I thought it should be Boolean. 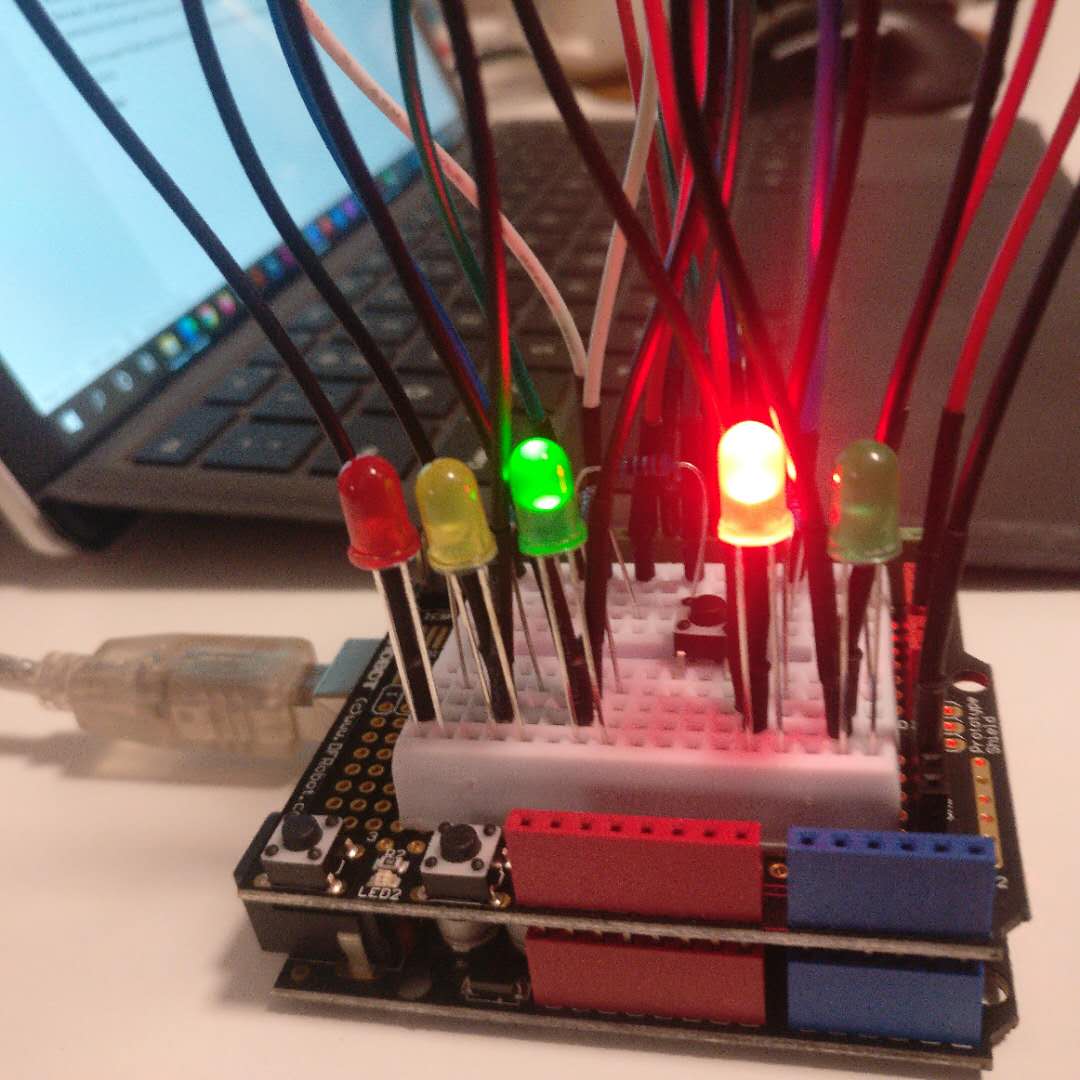