After the critiques the previous week, some problems with our concept were highlighted. To recap, the main issues were regarding everyday usage missing and its interaction (the levers) not being playful. Our team, the BAT Skwad decided to ideate more and research more individually regarding concept refinement. One idea that I thought of was Doggo Assistant 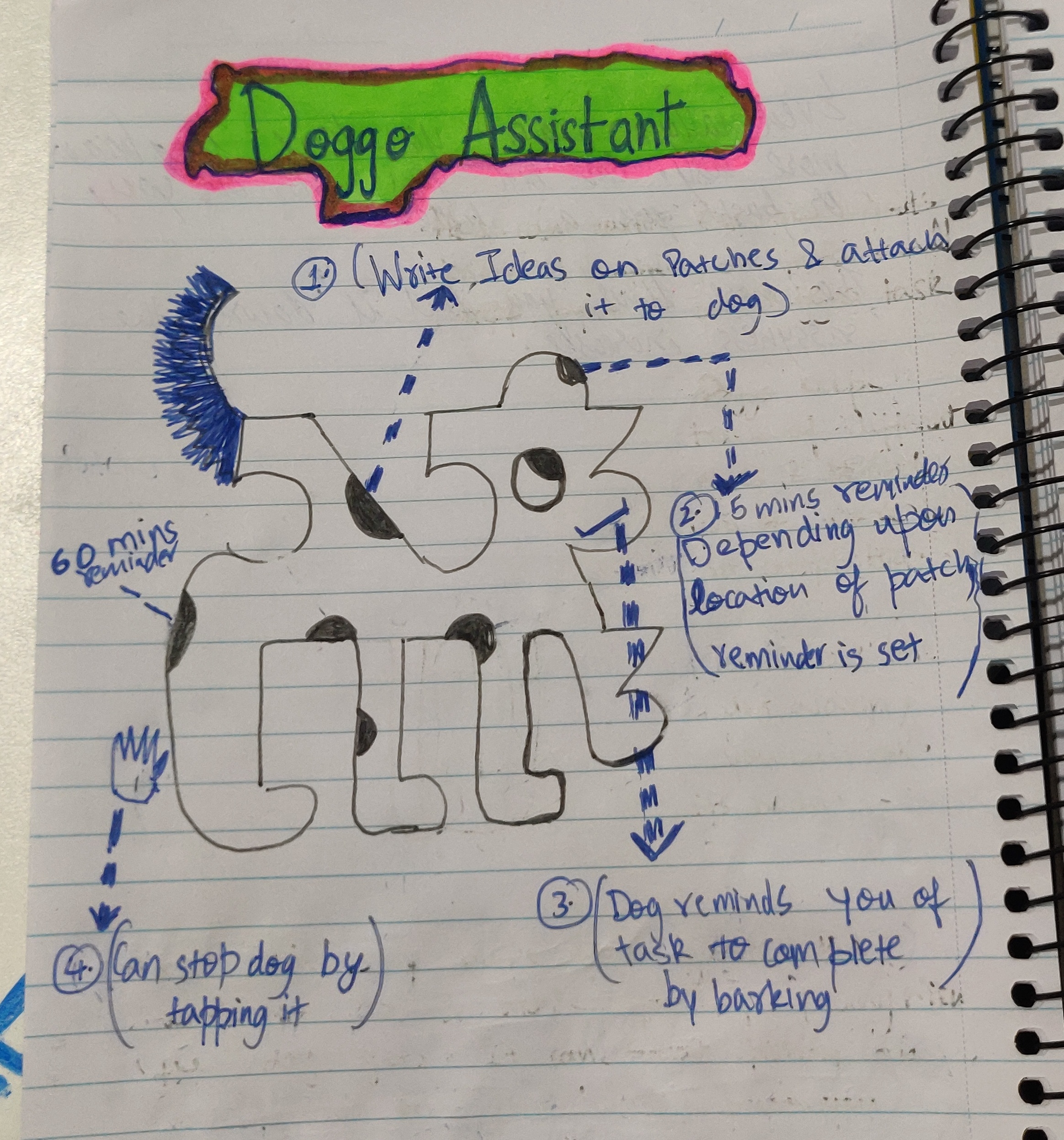 Although, at first doggo assistant might not be sassy but as you progress and start ignoring it, ignoring the reminders and mistreat it (being lazy and instead of tapping the dog by hand, they might tap with their feet), the dog becomes sassy as well. The dog can fight back by pissing on you or headbutting you and in extreme agitation state, can even bite you.

In week 5, the team had a meeting where we each discussed our ideas to find the one we collectively are ready to work on. Although we had plenty of ideas, there was none that fully satisfied us. With doggo assistant it's interactions are mundane and not playful enough. So we took up this problem to our tutors & they suggested to write the core elements we had in our first idea. In reflection, this is something we should have done after critiques. This process makes sure that team is in agreement with whats important. So, we extracted four core elements in our pitch idea -

Following the points above, I came up with another idea of Self Aware Robot (sorry for terrible name) -

Self-aware robot is a robot you found lying on the side of road. You took it home, powered it up and it started talking!!. The robot said its from future and is aware of fact that its a machine made to serve humans so reasonably, the robot hates people misusing tech. Hence, whenever the user misuses the tech, such as watching too much TV or phone, the robot becomes sassy and starts spouting at user to stop. Now, the user just wanting to watch TV can stop the robot in the following ways - 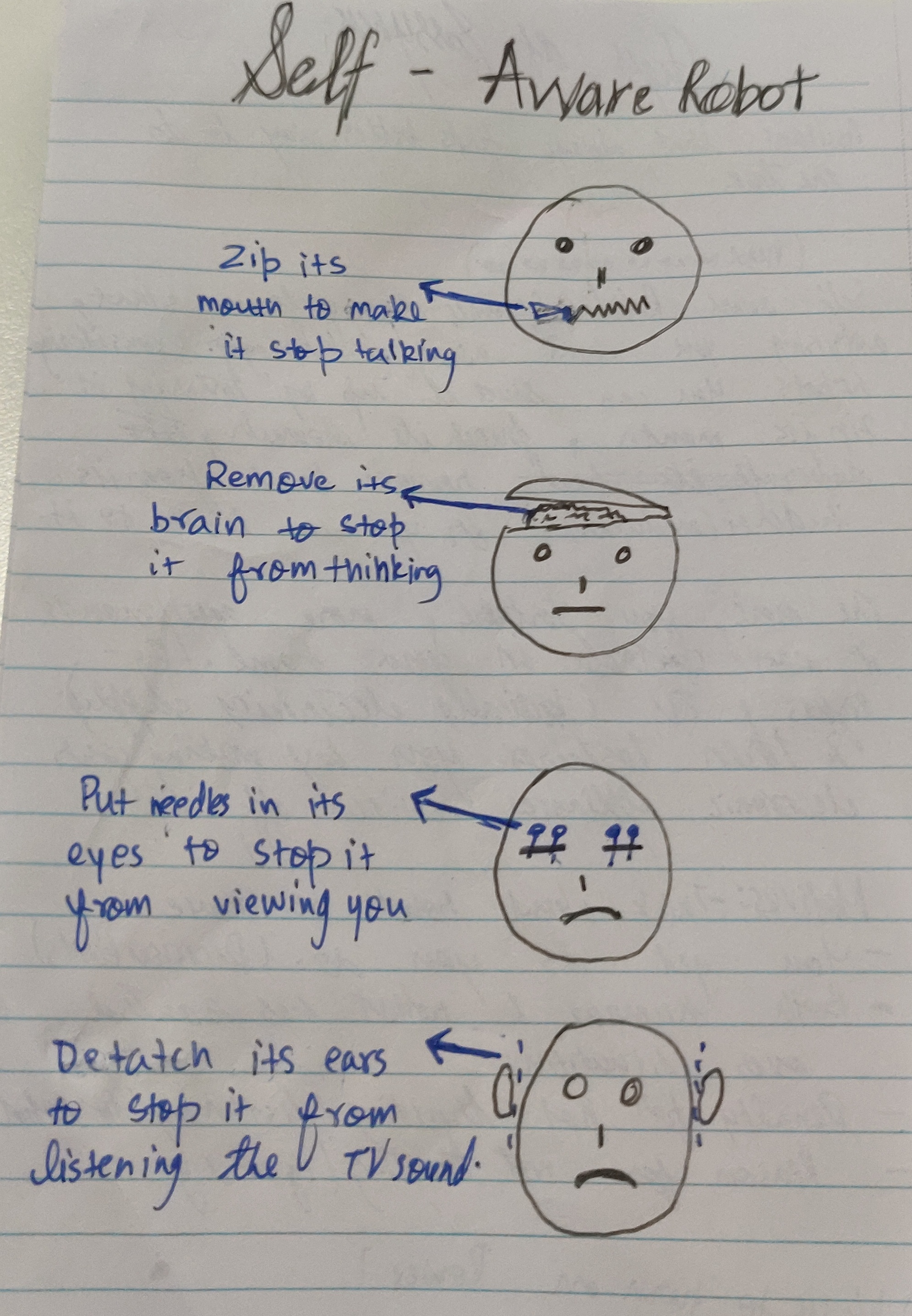 Everytime you try to shut the robot up, you are torturing it. Being tortured again and again, the robot gains control over your appliances and starts raining havoc such as making you watch a documentary about being kind or turning off the TV. Although some parts of idea is missing, like what else can the robot do, what extent of power the robot has over electrical appliances, etc but, its a introductory concept whuch the team can refine if its decided to be our main concept moving forward.

In its essence, Self Aware bot is a habit changer which tries to lead you to using less tech and also teaches you kindness. This concept covers all the core elements we want extracted above. The concept is yet to be finalised by team but, moving forward in our next meeting, the team will again extract core elements from each idea to iterate over.