During this weeks class, we had a standup where everyone talked about what they had done since last week. Although I see the point of these standups I think they took much too long this time. Part of this is, of course, the online factor, people are not used to it and switching back and forth takes a little bit longer and there were some technical issues. That said, I think it, in general, took longer then it needed to, in future I would prefer everyone just quickly do a point by point things end then instead of discussing things with everyone rather do it more group by group with the Tutors and Lorna opening up more time for the groups that are not involved to work and advance their own projects instead.

After the standup, we all went to our own group zoom meetings and continued working on our ideas and proposal. During this meeting, we as a group talked a little more about our idea and how we intend to split it up, at this time Ben entered our meeting and we talked with him how we had refined our idea and what we could do to improve it. He mentioned that we should have more interaction with the visual output on our prototype which is what we will be focusing on going forward. Having most of the details ironed out we created an interview protocol so that we before our proposal can conduct interviews and use those to guide our further idea refinement and hopefully help us divide our project logically so that all members get something fun to work on but still work on the same idea.

After the lecture and the group meeting, I had some idea of what kind of things we may need to use for our project. So in preparation, I did some research on the components we have in our Arduino kit and played around with them to see how they work, how they are wired and how those components code look and function.

Since we've been talking a lot about colored lights I used the potentiometers to create an adjustable RBG light. 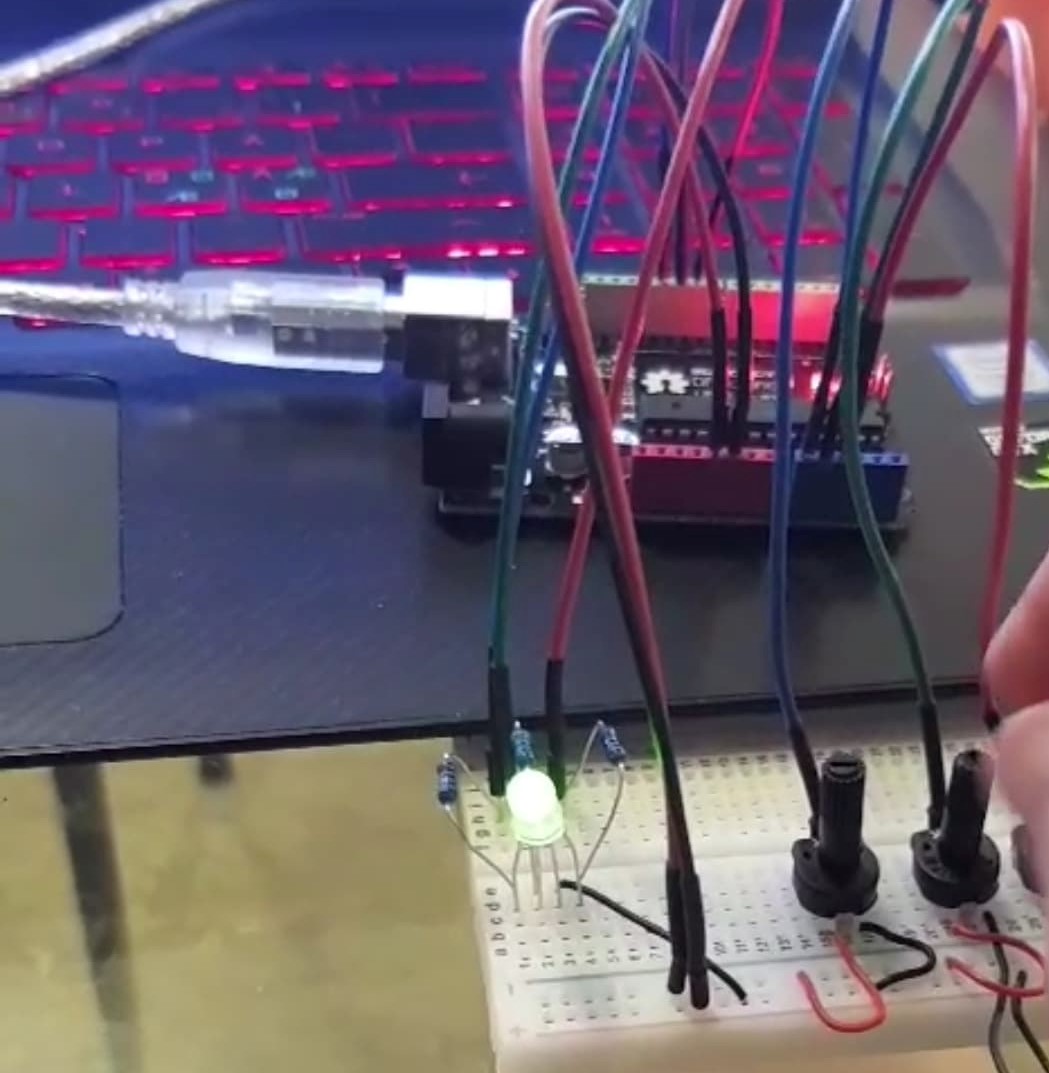 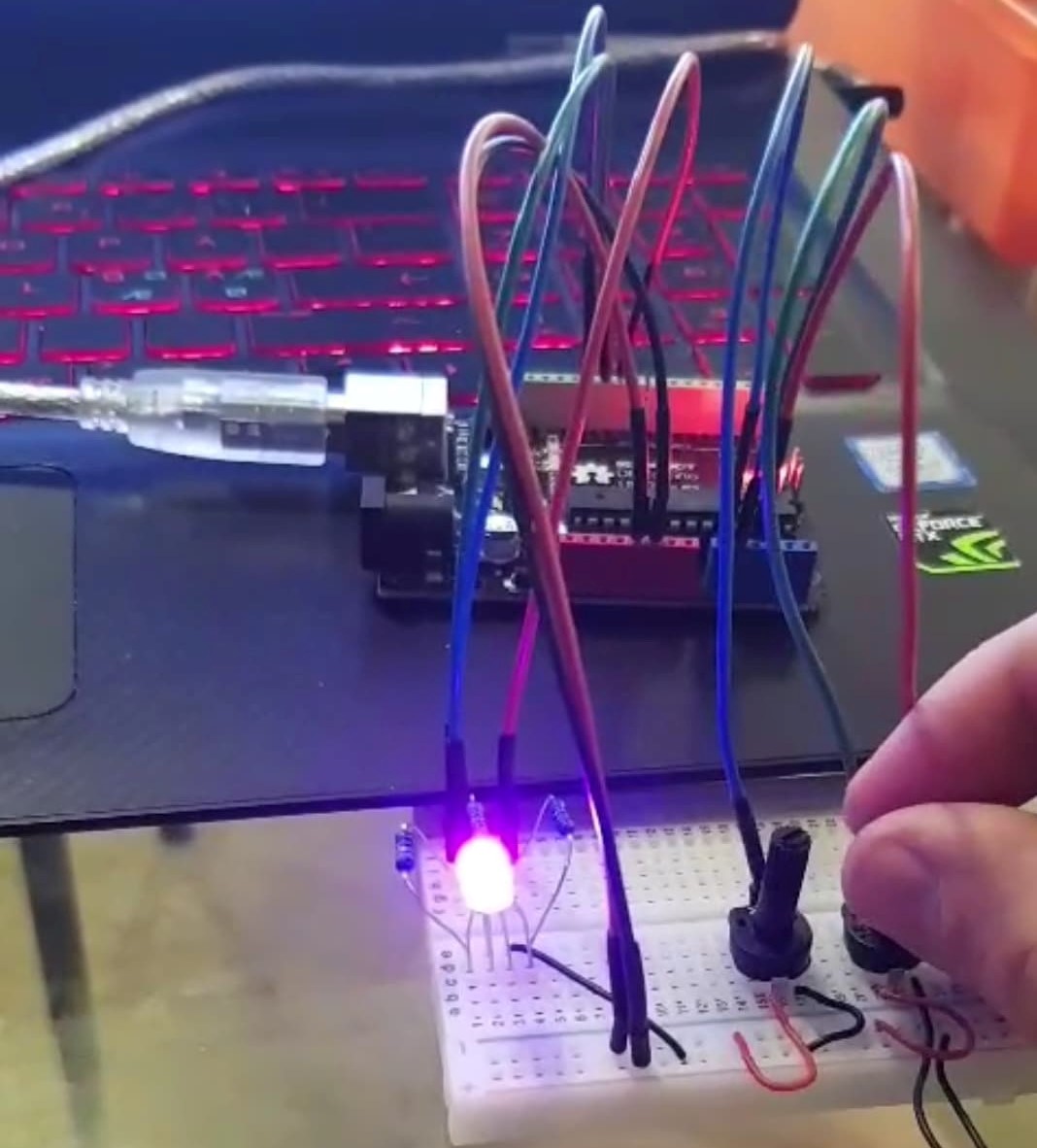 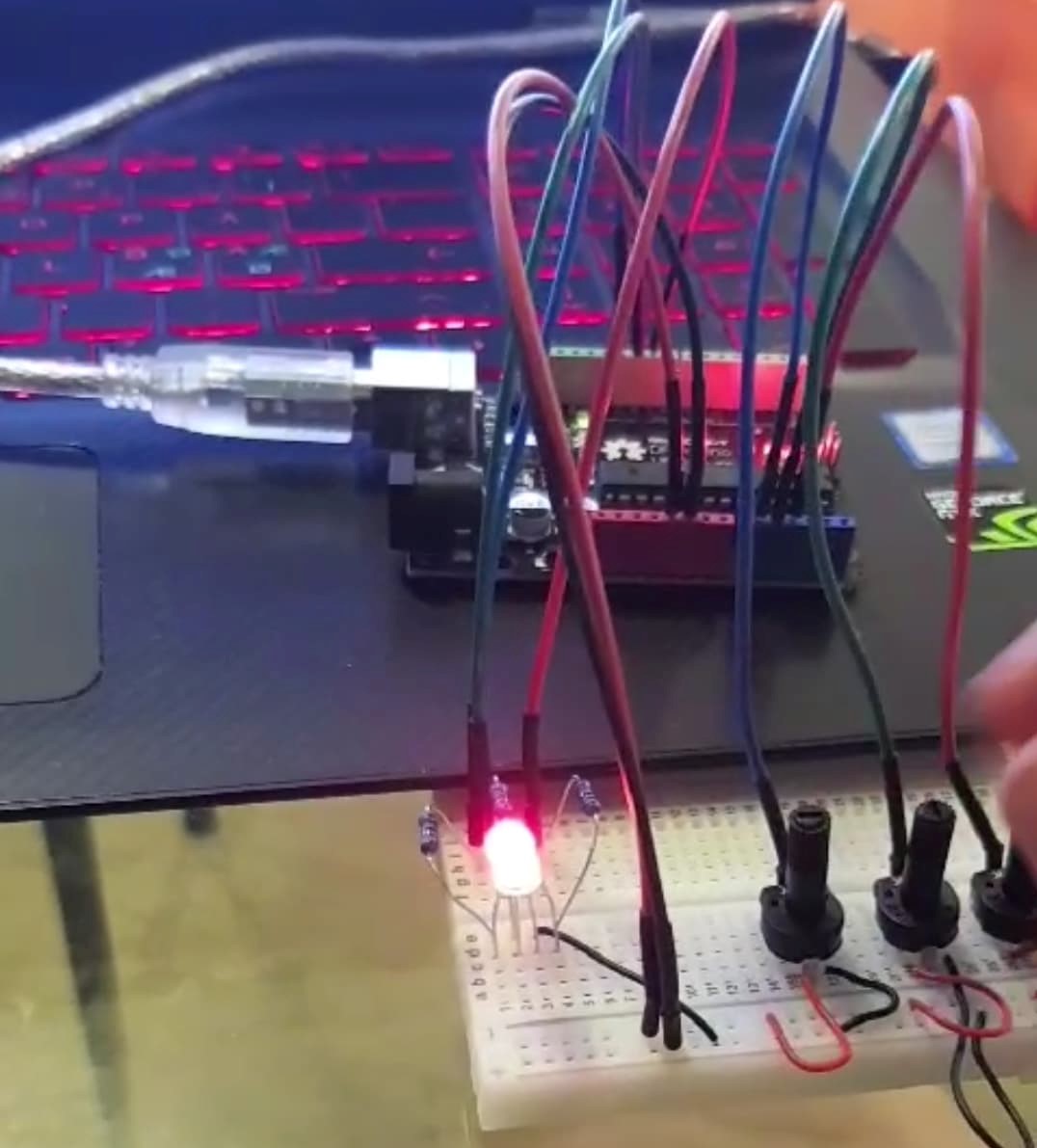 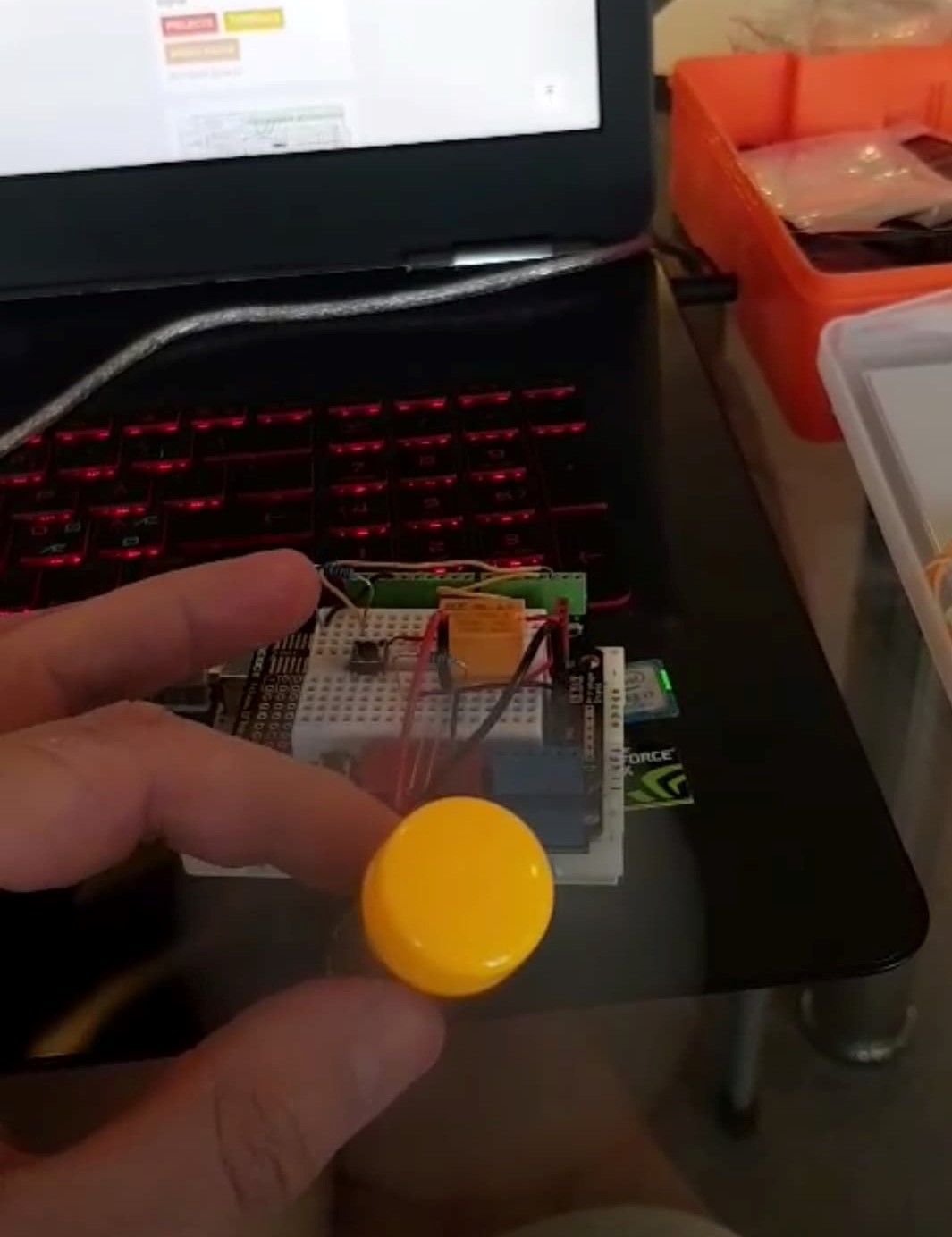 Lastly, I used the servo since it's probably better to use the servo to control tiny doors and such because it turns out that you have great amounts of control when using the servo. You're able to set exactly the degrees you want it to go to, not just on/off (did not take any pictures). Now I'm planning to see what kind of facial recognition (preferably free) is out there that'll work with the Arduino