This week our team started working on the report that was due in the next week. To do this, we started by deciding and refining our concept to what we wanted. We did this by looking into the feedback and having chats on zoom and Facebook messenger as a team to see what we would like to go further with. We decided that Alistair's idea of a voice recognition system that gets people's brains working doing a simple task was the way to go. Below is his response in the Facebook group chat. This was an important milestone as it set us up for the future development and research for the concept. 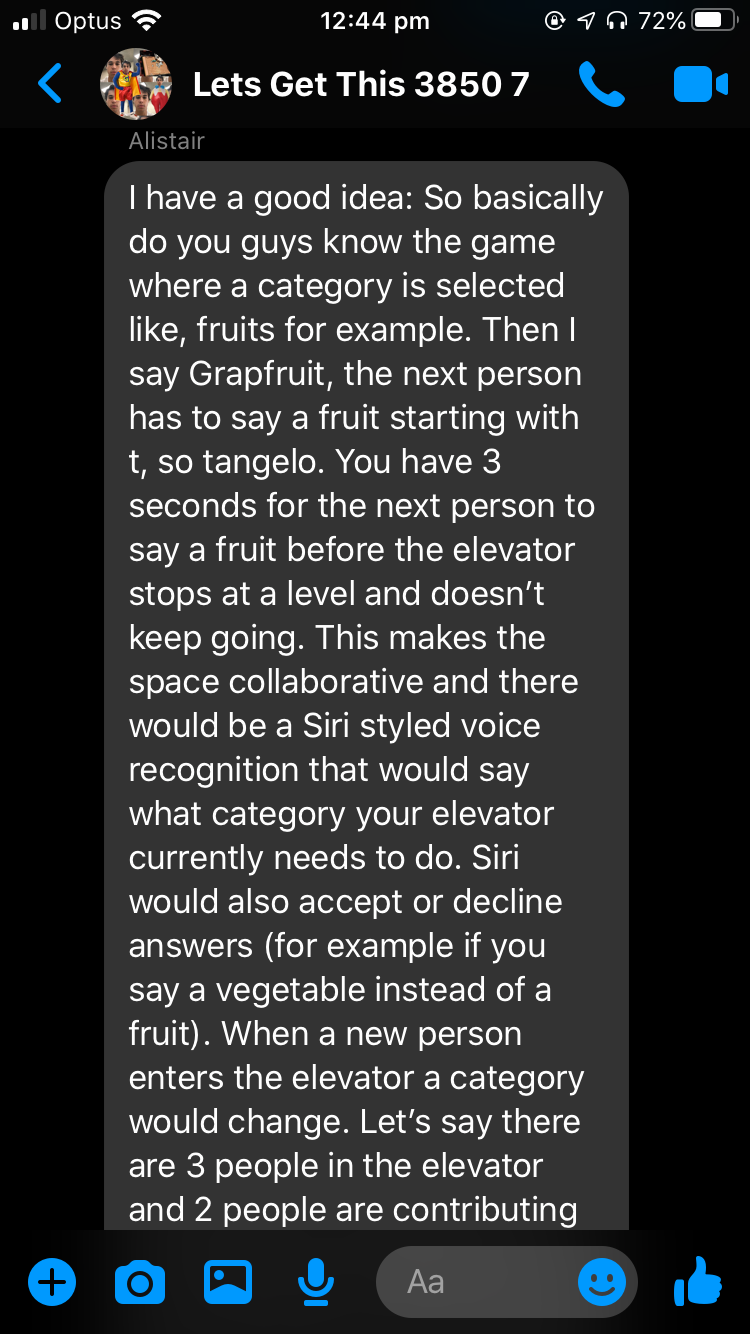 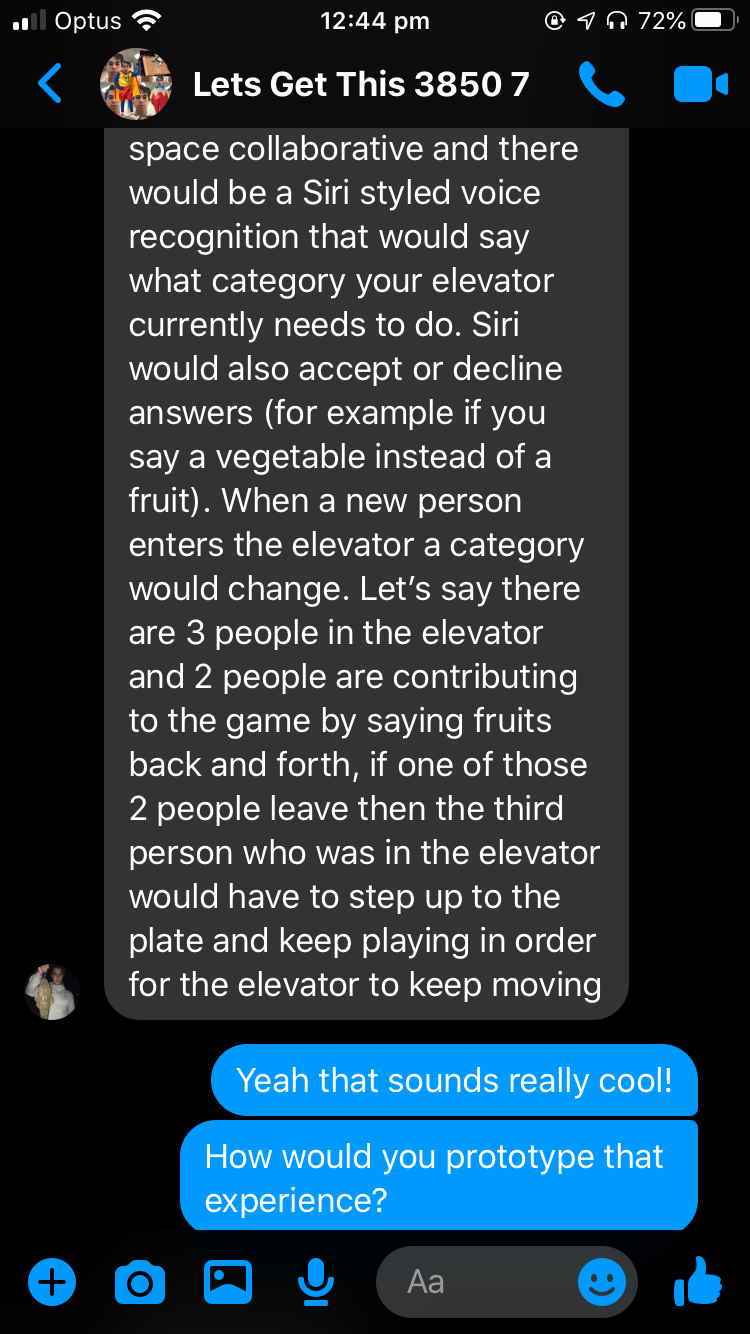 From this we decided to go with this concept and we started looking into how we could prototype the experience. We also did some research into elevators and their user experience. (A research article I came up about elevators when doing my research on the mobile interaction with elevators inspired me this week, as many other avenues I didn't consider were so important to the experience. Take a read if you're interested!) We concluded that the voice recognition part could be prototyped but could be difficult. To reflect, it could have been easier to change it up by making it less about the voice and just on touch commands.

In terms of the way the team is going in the future of the concept, the team has decided to do the same concept, but focus it on different perspectives i.e. audiences. We also discussed in our zoom chat and as well with Clay about a few questions about the prototype and what would happen if we just made one prototype. He told us that we could use one prototype as a team but we needed to test different things within it. He also gave us a good idea to prototype an elevator in a cupboard at home which can be very beneficial. This has impacted us a lot as we can now have that option if we need it to happen. It also gives up the option to test a lot more things if we decide to go this way. Below is a screenshot of the zoom chat we conducted with the team 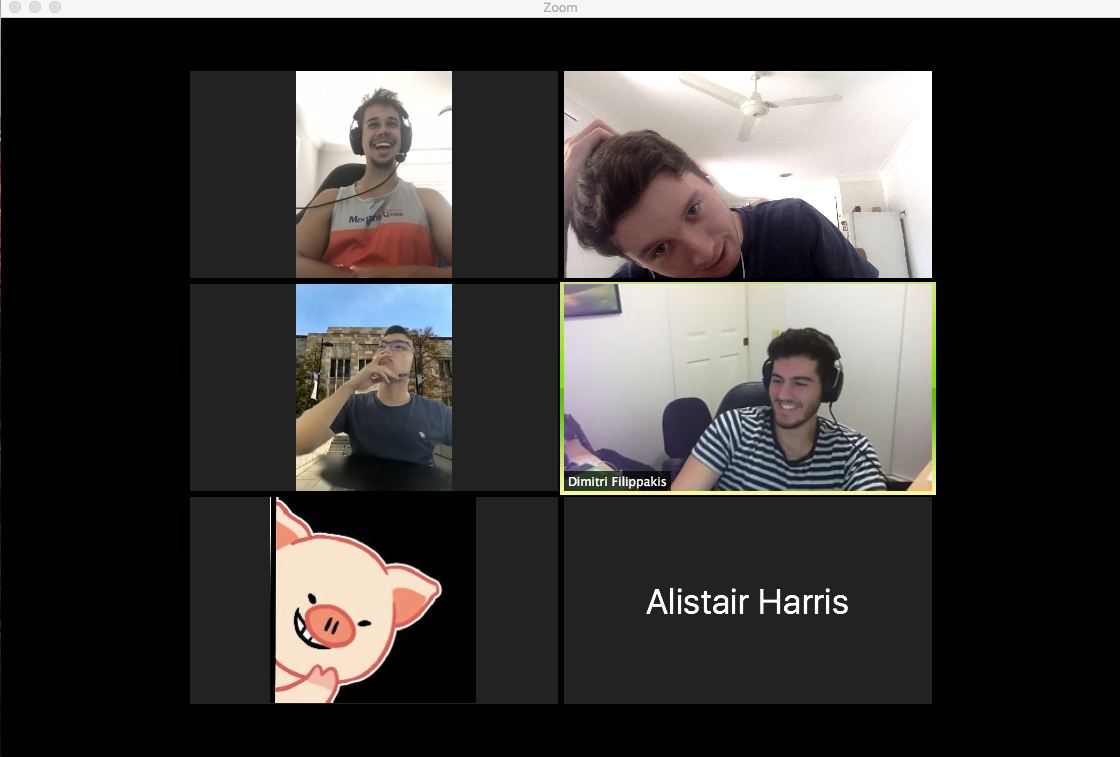 Going forward, the team and myself will need to refine, evolve and finish off the report so that it can be done to a high standard. I will be doing some more research into my chosen audience of office workers in elevators and see what experiences my prototype could bring as opposed to other audiences other team mates have considered. I also have to find some materials that I can use for my prototype.