Towards the latter part of the break, I was able to start to work properly on this prototype having received all the parts that we ordered. Earlier that week we also went around the CBD to look for suitable balls that we could use for our prototype. Apart from some Christmas baubles we o only found either coloured balls or solid balls, all unsuitable to shine coloured lights through. So for now, we are using the Christmas baubles although I want to do a materials study for the prototype after this to find what material and feel people would prefer.

We have chosen as a team to divide the idea up in parts so that we can prototype different parts each and put it together to create a whole. My part, for this prototype, is using a squeeze interaction to record a message, store that sound and making it available to be uploaded to a server so that the receiver can listen to the message, which Marie will be working on. Although the technical bit of this is relatively simple (apart from saving it to an SD card as written in a previous post) the testing will reveal some interesting information. The goal is to find whether the chosen interaction (squeeze) is appropriate for its purpose. Besides that, it will be interesting to see what users will think when interacting with the prototype and what kind of messages they would want to send and how long they would want them to be if there is a definable length to how long a message should be possible. 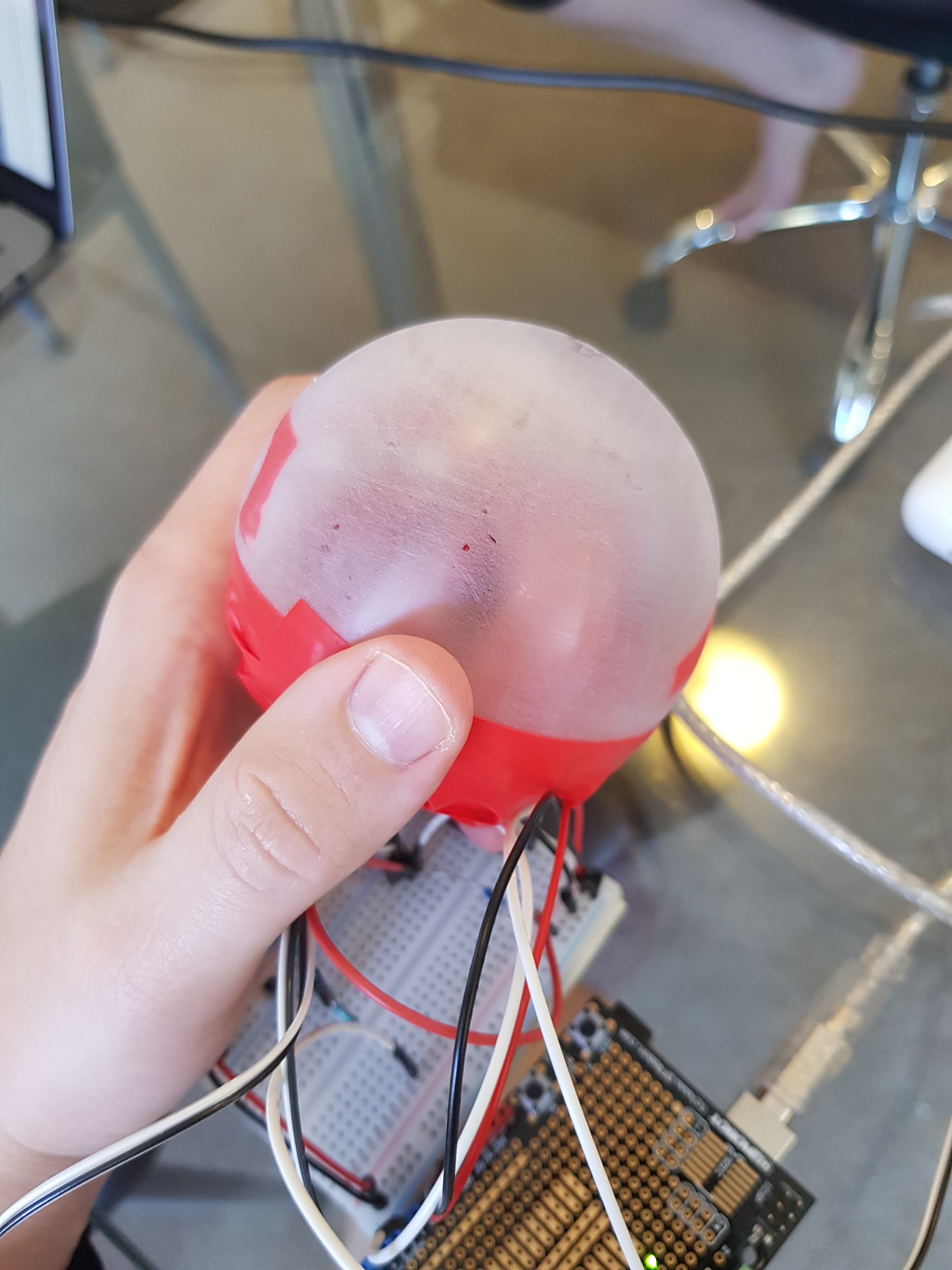 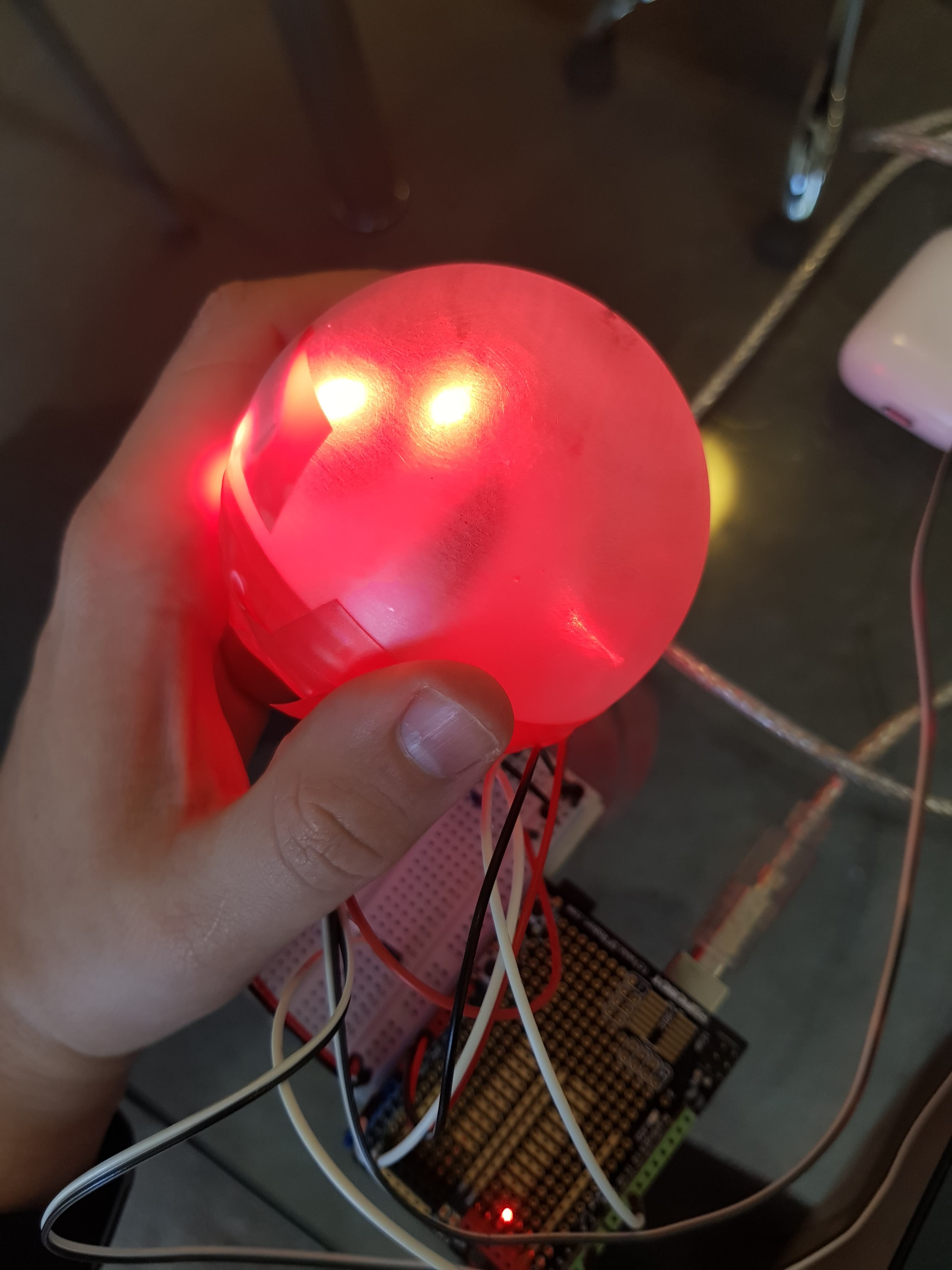 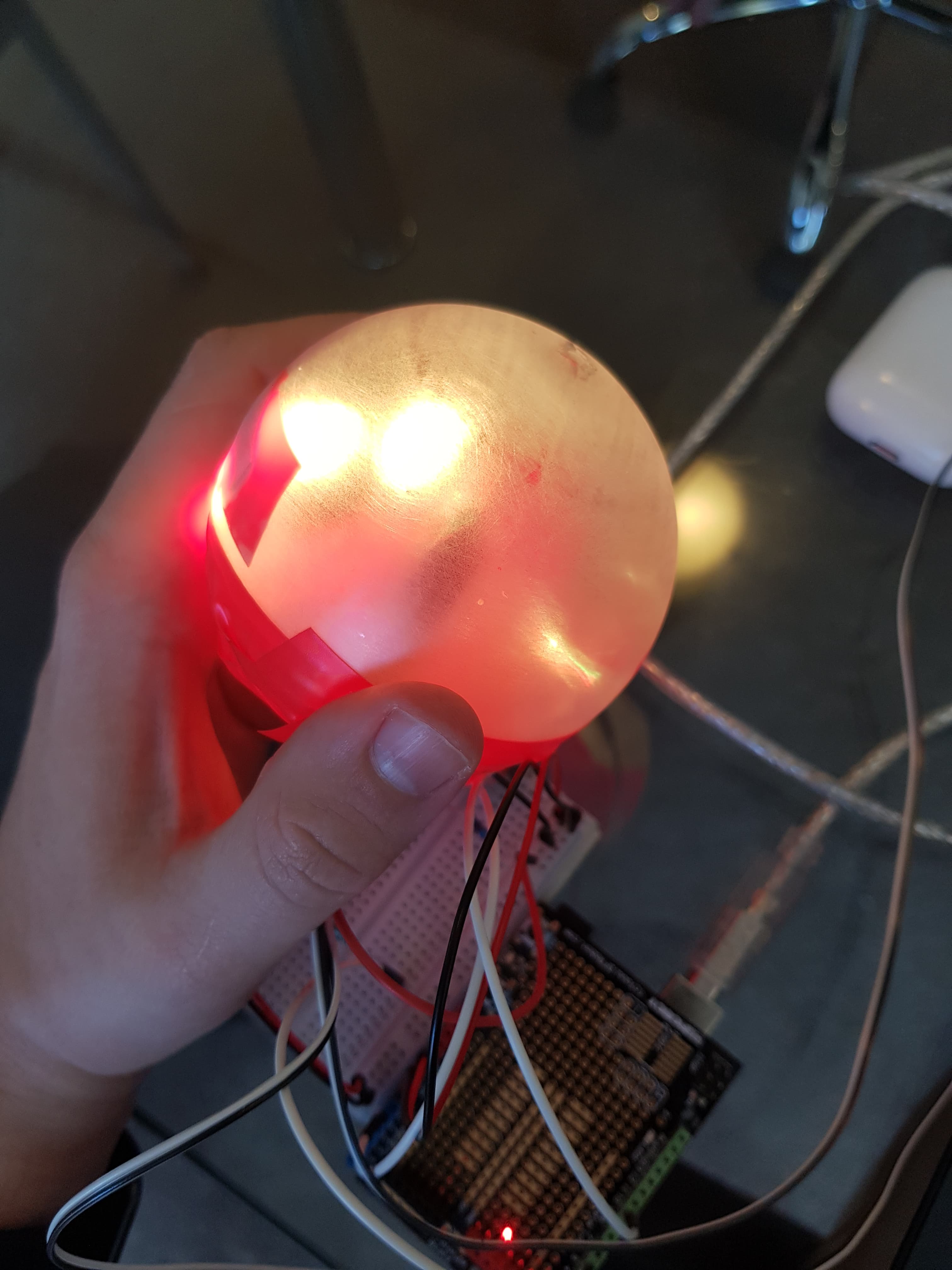 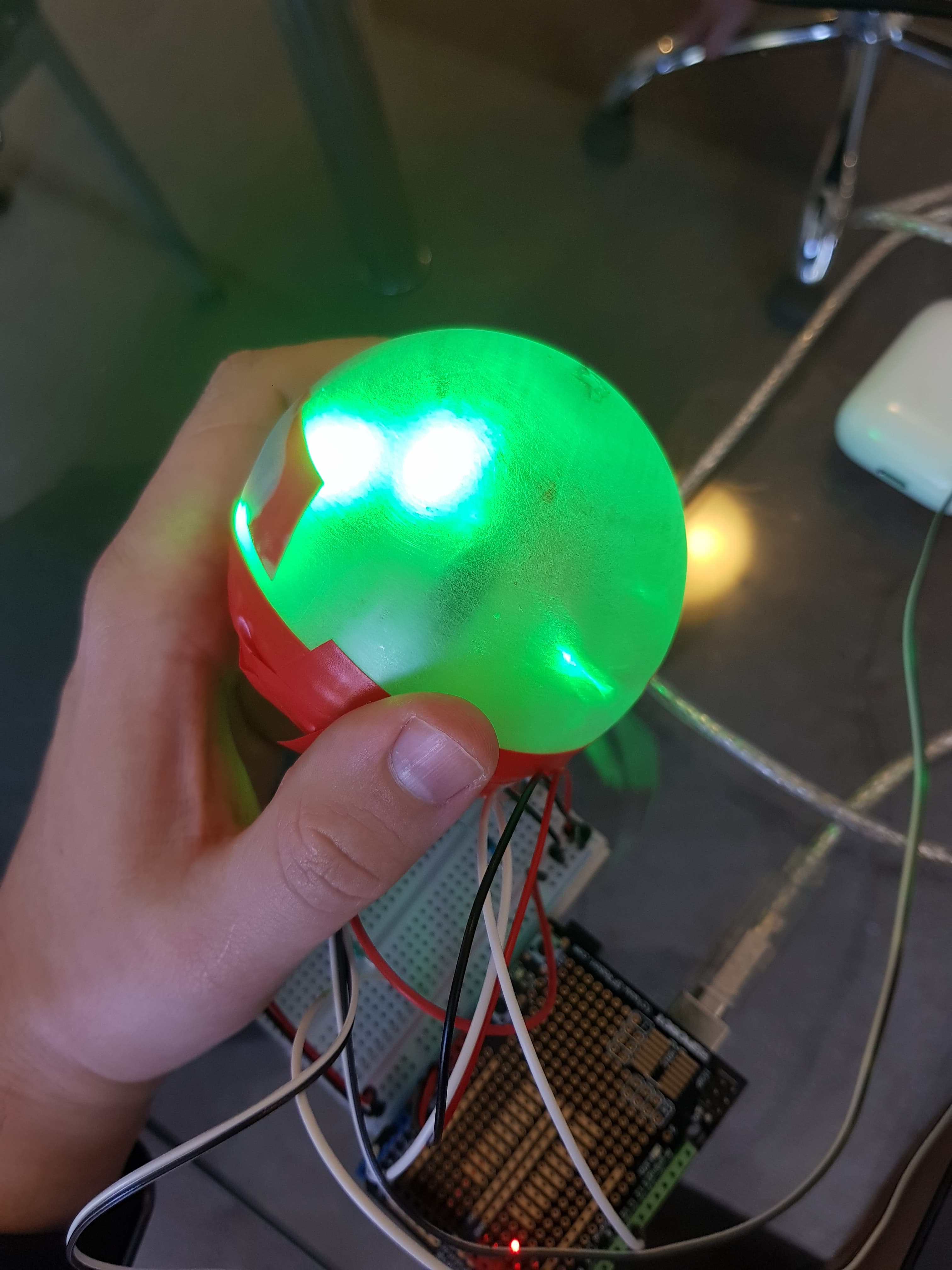 After som more research it seems that there is a fault with the SD card boards that we have bought and that is what may be causing the issues with saving the files. We've explored other methods of recording but have thus far not been able to do so. The last thing we tried was using JS to record sound but have not made it work yet. It looks like I won't be recording actual sound yet this prototype and be simulating this. I'll probably include this in a later prototype but for now it's much more important to finish to create something that will give some valuable data for further development.

The ideal product the way I see it would be a selection of balls which other users can send messages to, those messages can take the shape of sound, images, videos and other media content, whatever users want to use to tell their story. The point of this is to take the experience away from conventional messaging systems and make the experience special again, more along the lines of the intimacy you get from a handwritten letter rather than another message on your phone. I also would love to create a wall of favourite memories and stories. The Idea is taken from the movie Inside Out where you have a wall with memory balls if they are not interacted with they fade. The idea behind this is to encourage the user to remember good memories to create a healthy emotional state, especially during challenging times.