This week I worked with the prototype, analysed the diary study results and started planning the additional interviews.

Working with the prototype

I then cut open the see through Christmas decoration balls I bought last week (a lot more effort than you would think as I didn't have any sharp knives!!), put the sensor and lights in and taped it together. Initially, I thought I would have to solder it to be able to get some longer wires, as the short wires made it hard to properly shake the ball without everything falling apart. I texted a few friends to see if they had a soldering kit, but that same day I received the Auxiliary kits. That contained wire extenders, exactly what I needed! So I don't feel the need to solder in the near future. 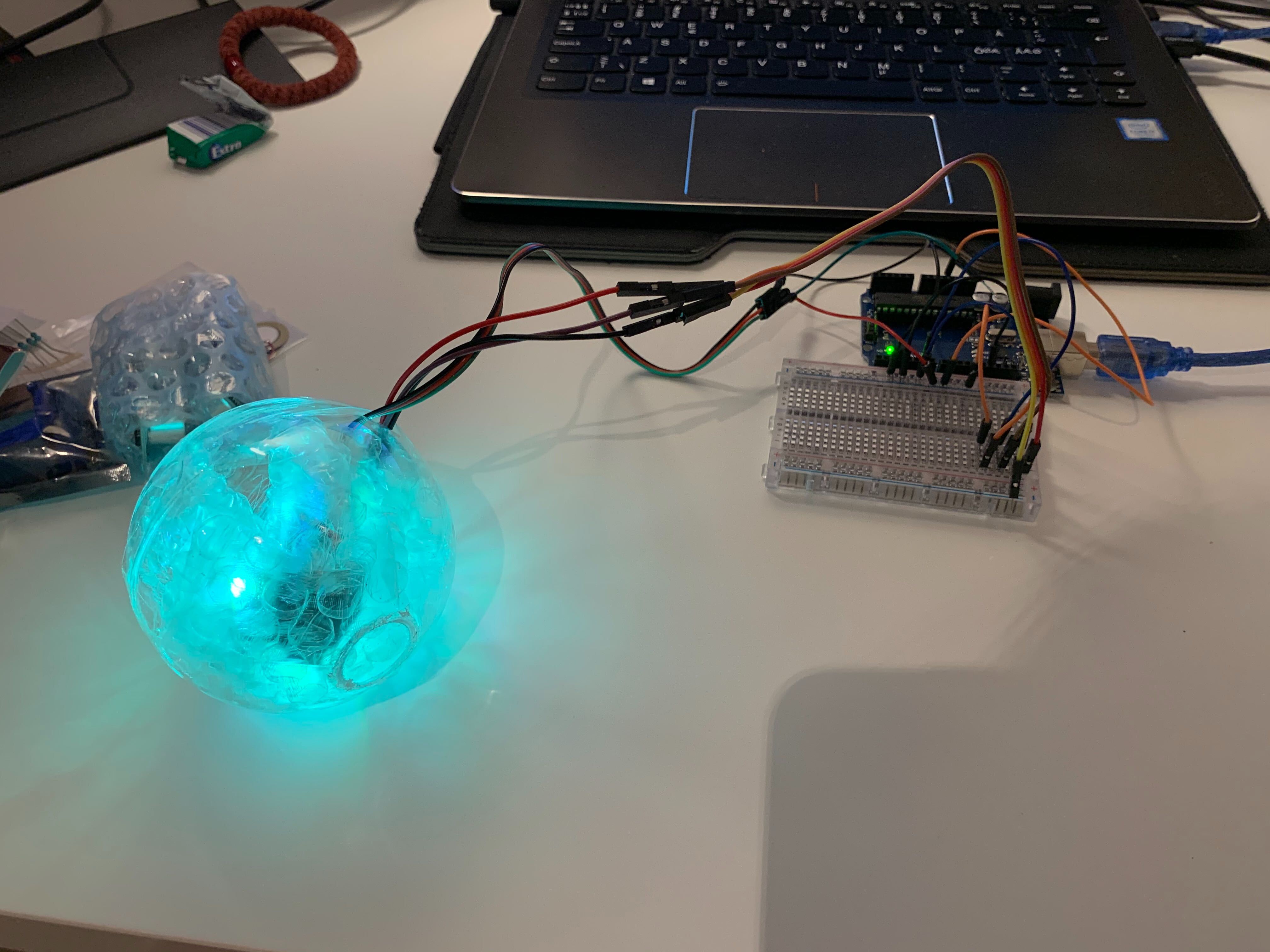 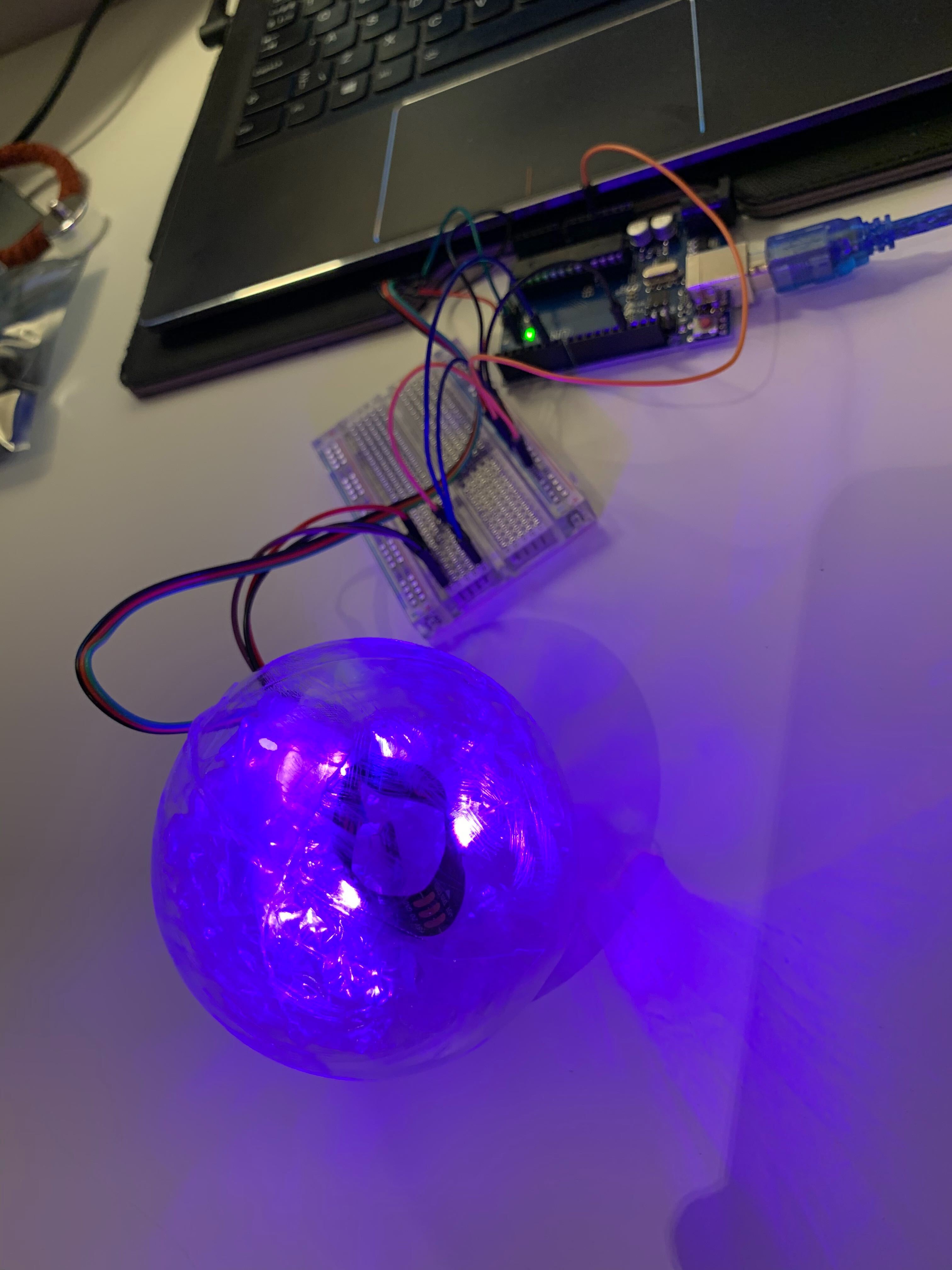 I also had a walk to the city and walked through the shopping mall to see if I could find something else that would work better as a ball. I know Lorna sent a few links to different balls, but I find it really hard to know the texture and "squishyness" of the balls without seeing them in real life. Most of the stores were closed, but I saw two balls that were sorta what I was looking for in terms of texture.

This one is not round and also shaped like a panda, but it had a good squishyness and also the white colour would make it possible to see light through it.

This one would have been really good if it was blank! I didn't buy either of these but at least now I know a few more things to look for (maybe dog toys?)

Last week I completed the diary studies and I spent this week gathering the data. I created an overview of all the answers and then mapped every story to an emotion. 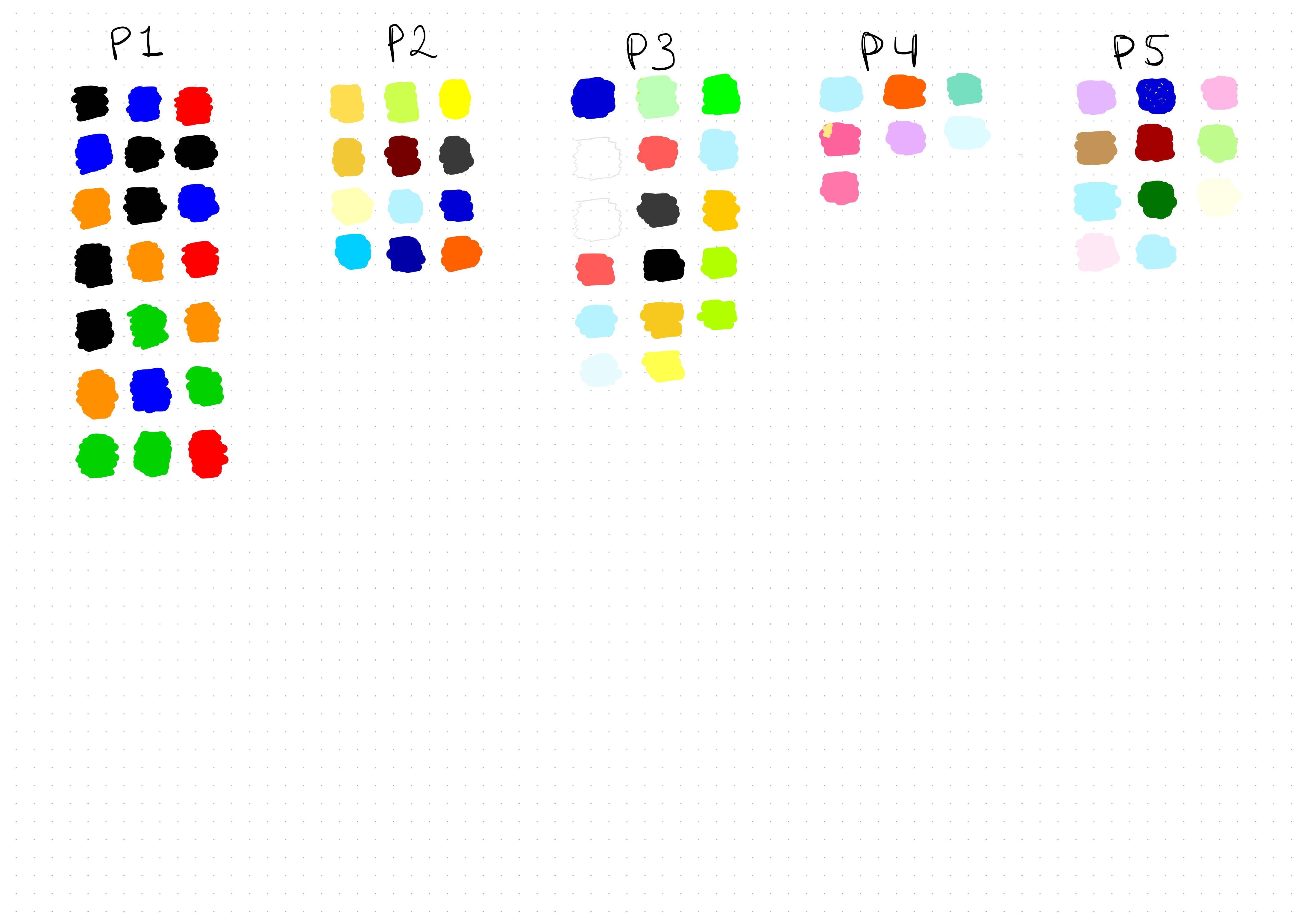 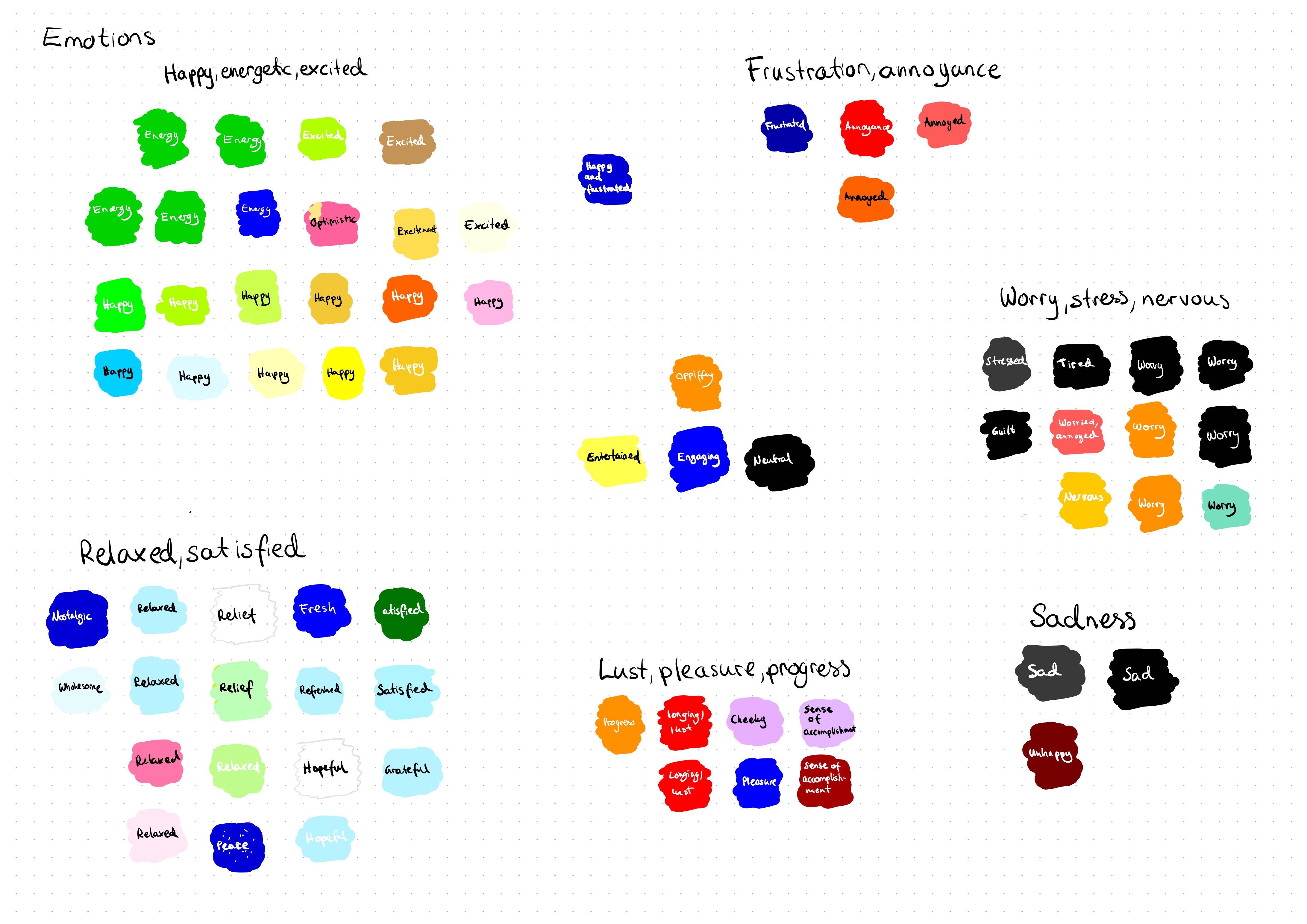 were the most used colours, and that happy/excited and content emotions were the most shared. The result showed that the participants seemed to have understood the concept and their stories were interesting. It was interesting how they chose colours differently though, and even within an individual they could give different colours to stories with the same emotion (e.g. P1 was worried one day and said black, and then the next day worries about a different thing which was orange).

In the proposal, I said I wanted interviews to see

I found it difficult to ask friends about how sensitive it was because then I would have to make them come to my room and touch it... I will try to ask my roommate, but it is still a bit cumbersome as the device has to be connected to my computer, and simply "do you think it is too sensitive/not sensitive enough" might be a bit hard to answer as it is connected to wires and all.. I have to maybe figure out a better way of doing it, or postponing it a bit. I have already realised it is probably a bit too sensitive, so will try to fix this first.

With the second question, instead of having a complicated interview, I decided to go for quantity instead of quality. If I have been chatting to friends and family (and tutors) about the idea, I grab the opportunity to ask them as well "Now that you know the concept, and say that you want your message to be blue (or whatever colour the ball is if I'm holding it). How would you make this brighter?" It has been interesting to see people's reaction because it seems that it needs some thinking, that its not very intuitive to them. But so far I have gotten

I will continue to ask a few people next week to see if I can get a few more opinions, and then propose and maybe order pieces if necessary so that I'm ready for the next iteration of the prototype.