This week, I made the concrete idea to be applied. The last journal, I made it a single-player game, but now, I made it into two players game. I was thinking about the capturer. I thought about using the dynamic capturer by using Arduino to change it. But now, I decided to create the static capturer that has two sides of the marker. So, players need to flip it to apply different function, zoom and capture. 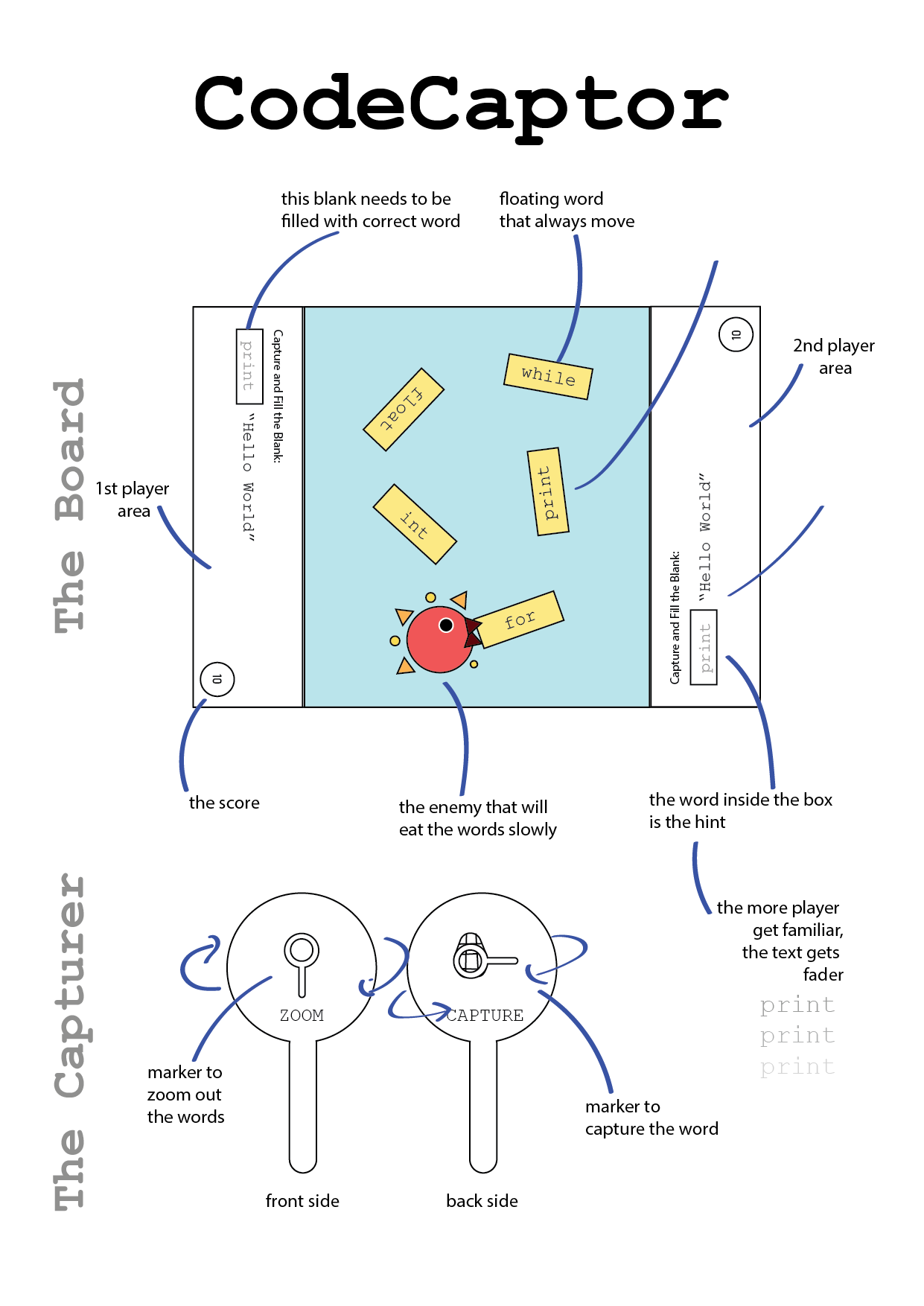 For this idea, I need a board with a simple marker in the corner of the board. The camera will capture the marker then display the game into the board from the projector. When the player put the capturer on top of the board, the camera will read a new marker. Then the projector will do the task based on that. I watched the tutorial about the AR game, but I didn’t see about overlap marker tutorial yet. I will see it as a problem in the future. So I will consider the change of the system in the future.

The ideal final product is shown in the image below. Each player has their area of question and score. Also, they hold their capturer. And in the middle, there is an area to display words of code. I had future imagination about this too. In my mind, the words from the centre area should float in the air—something like a hologram. So, the player can capture the word using the capturer like capture a butterfly. 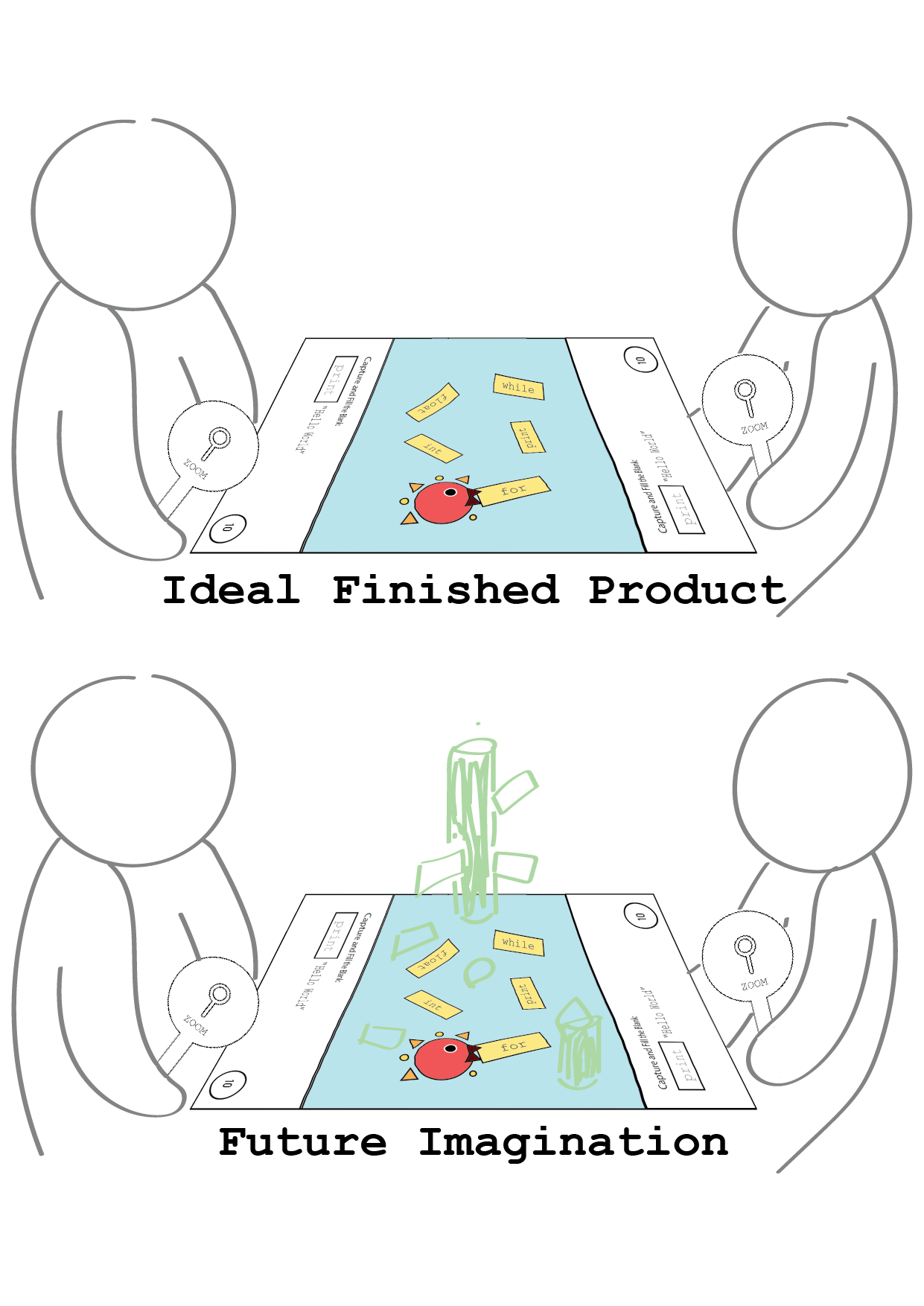 My idea is fixed now, so next week is time to create it into reality using the tutorial I gathered before.