What is your concept / individual focus / individual responsibility for the project? Include a text-based description and imagery to support (sketches, photos etc).

The individual concept that will be created for the project is a 14-sided dice, to teach multiplication up to the 12 times table as this is what is taught in primary school maths. Each side, except for one, being the blank side, will represent numbers from 0-12. If the blank side is rolled, the student can choose the number. The image of the paper prototype dice can be found below. 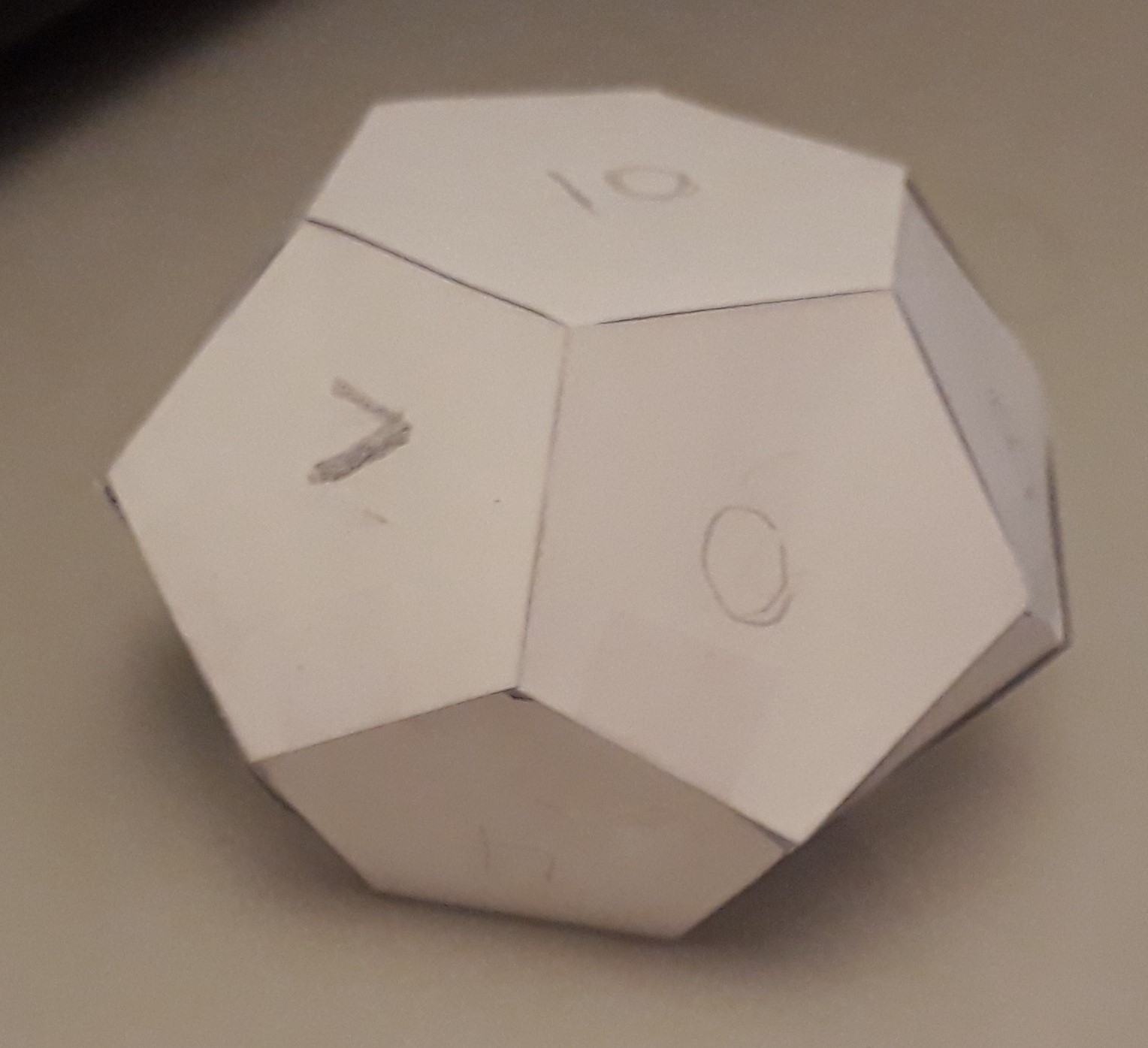 Each digit, 0 – 9, is assigned notes or a bar/s of a popular tune. If a 12 is rolled then, the sounds representing 1 and 2 will be played to the user. For the 0 – 4 digits, it would be the same notes and bars played with different tones and pitches. The digit 0 would produce deeper sounds for the particular bars compared to 4, which would be higher. This would be the same for 5 – 9; however, they would be assigned different notes and bars.

The focus is on allowing children to multiply 2 numbers; however, if they wish they can multiply multiple numbers. How the child interacts with the concept is to pick up the dice and roll it. The side that is facing upwards will light up and the sound/s corresponding to that number will play. They will then do the action again until they have rolled the numbers they are going to multiply with. Once this is done, the user will throw it up in the air; this lets the Arduino know that the next sounds, notes or bar/s that is produced from the user’s objects will represent the answer. The sounds produced will then be compared to the sounds stored. If it is similar, the main melody of the popular tune will be played; however, if they are wrong then a different, unpleasant sound will play. 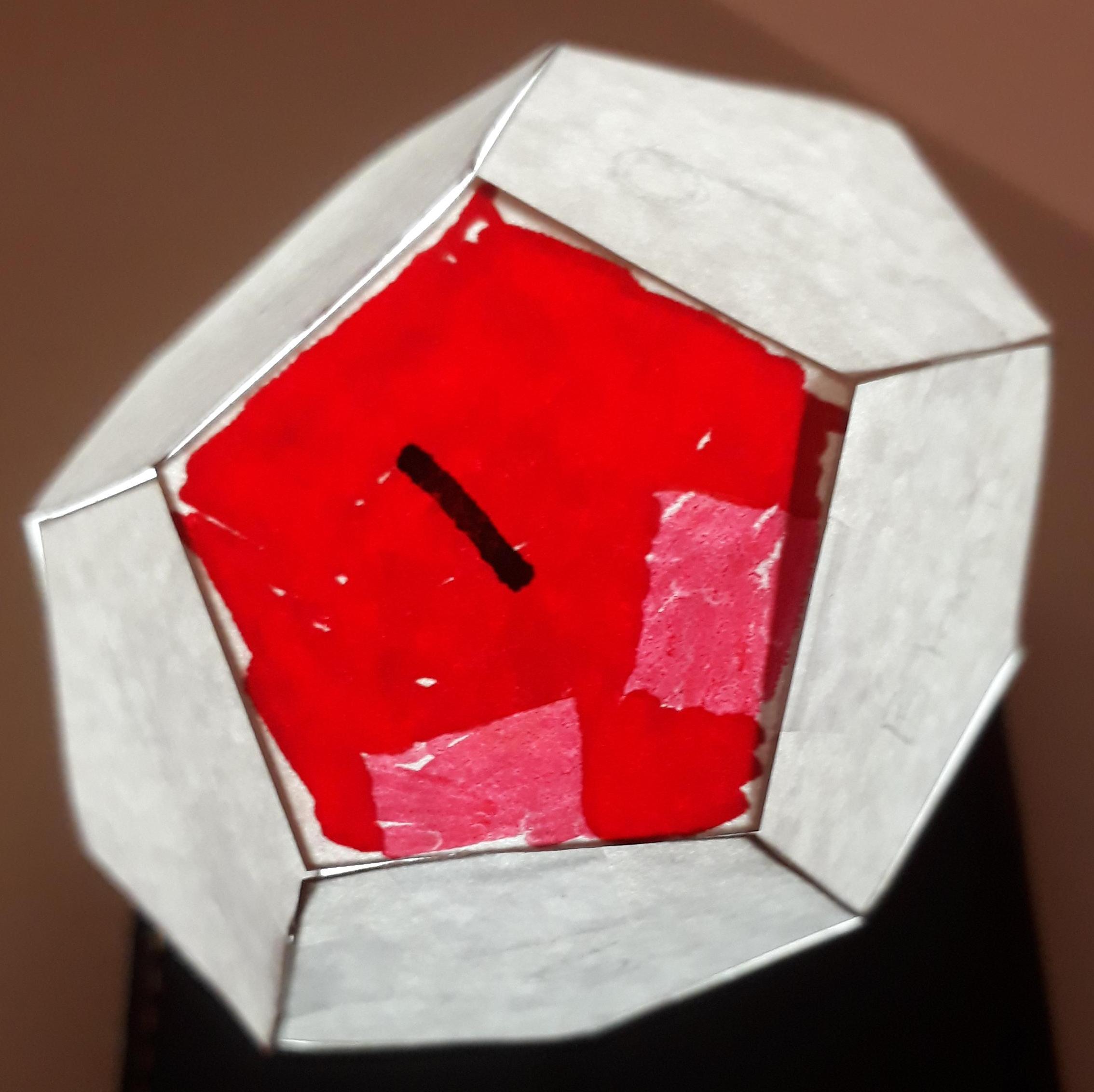 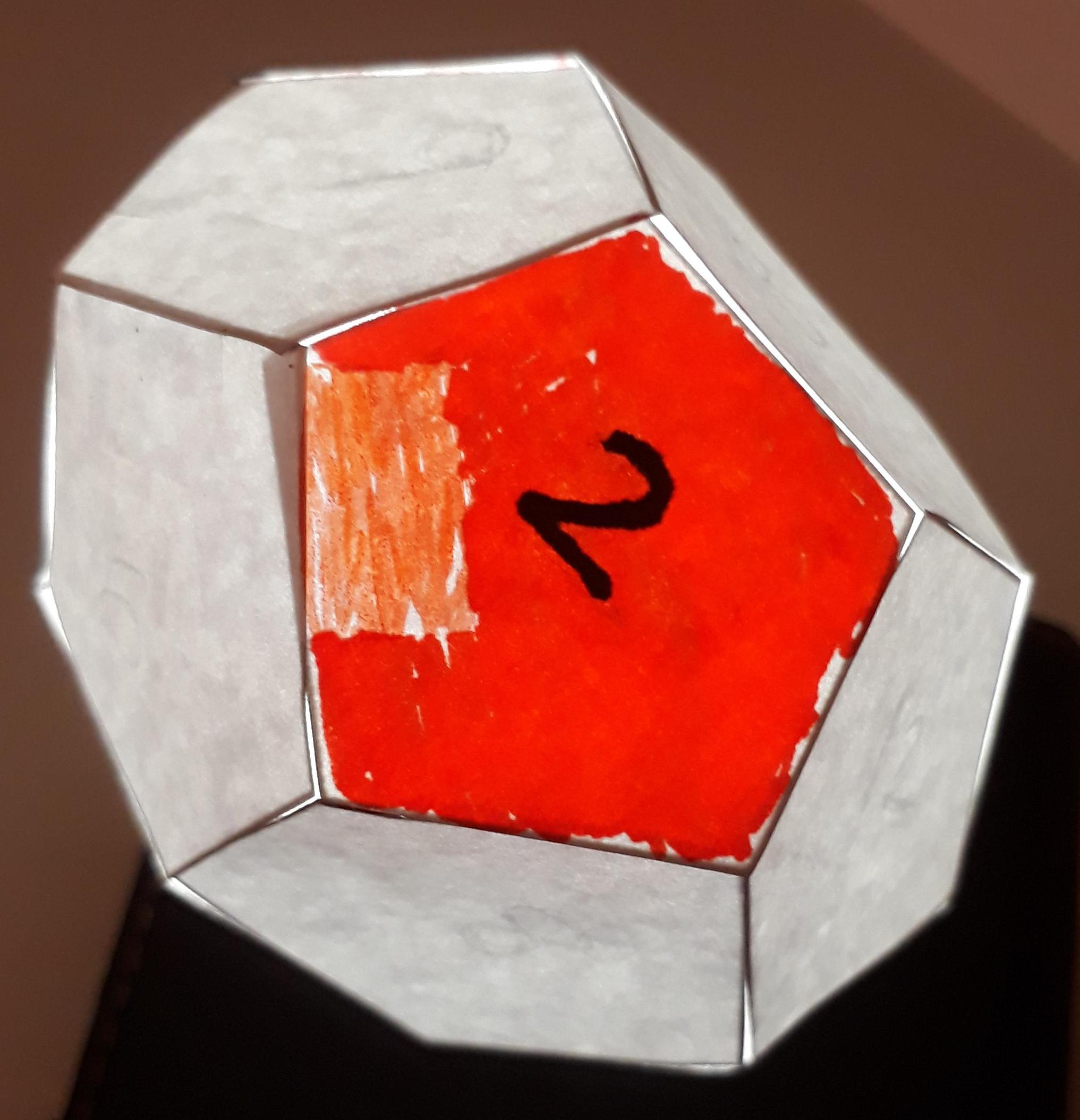 Each side of the dice will be coloured a different colour to represent the numbers and help users know which object to use to produce a certain pitch or tone required for the answer. The objects will be the user’s own equipment; therefore, they will have to assign the digits to the object. 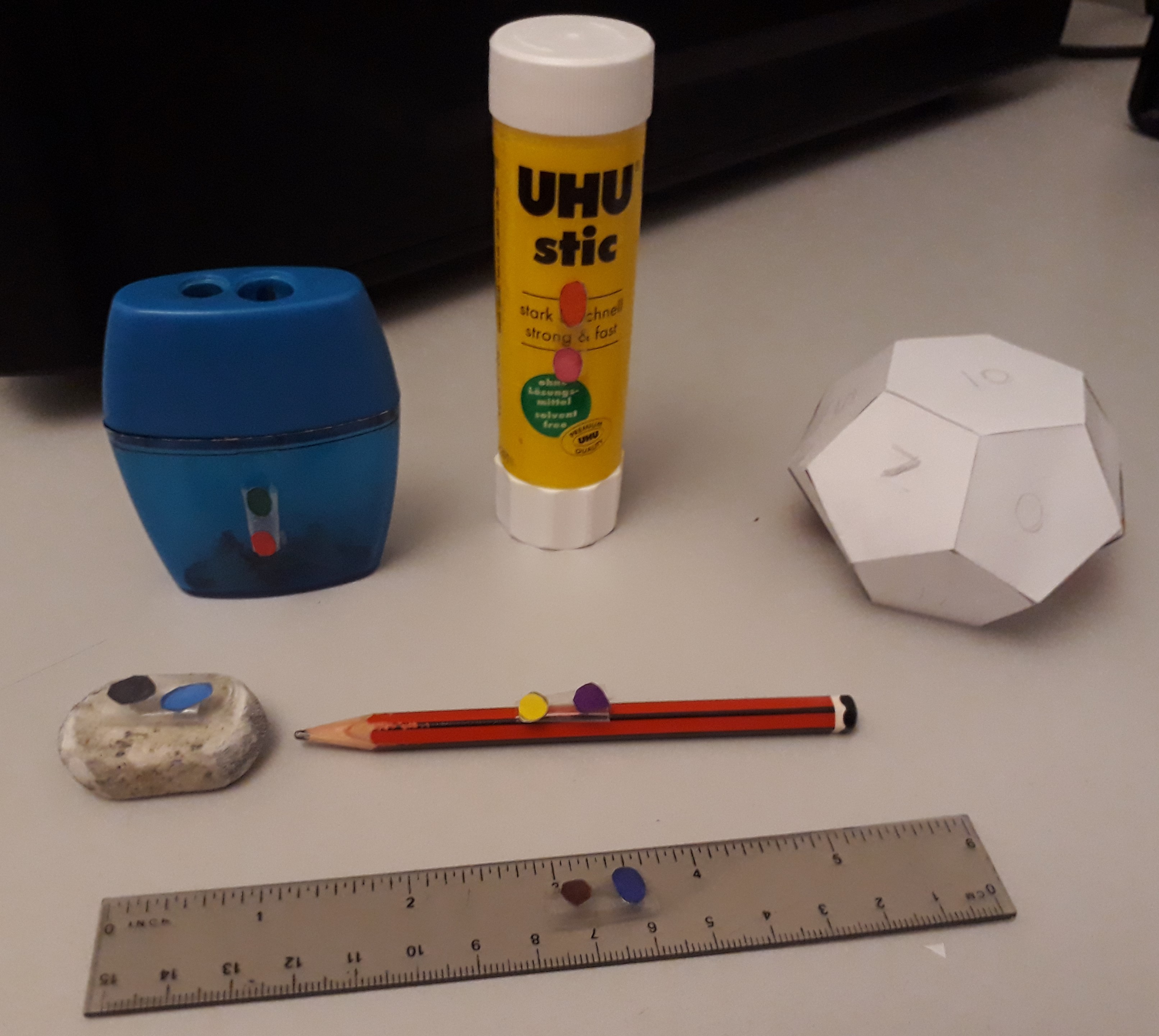 Each digit will have a set colour. Consequently, the number 10 would be assigned a colour produced from mixing red for 1 and black for 0. 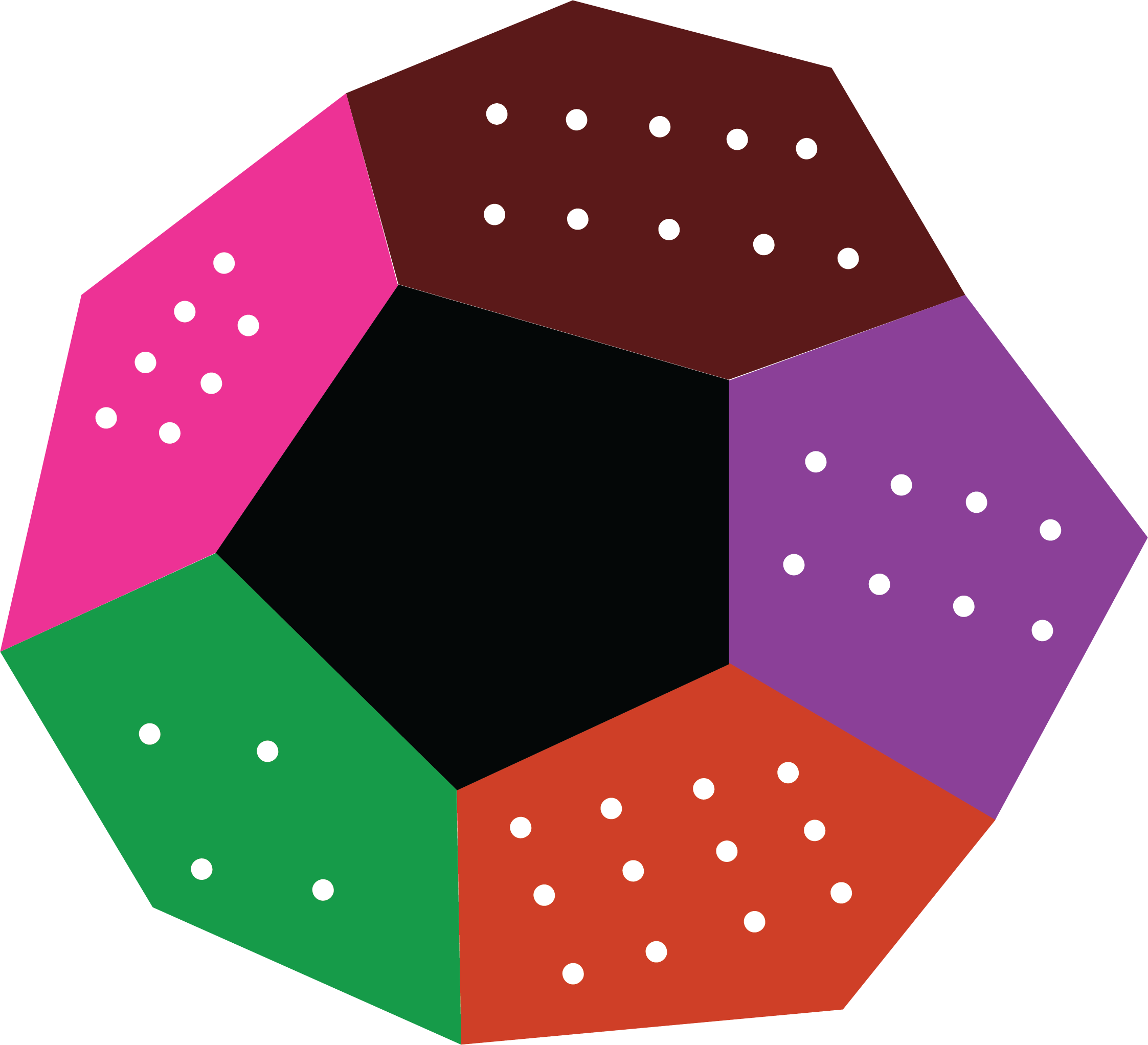 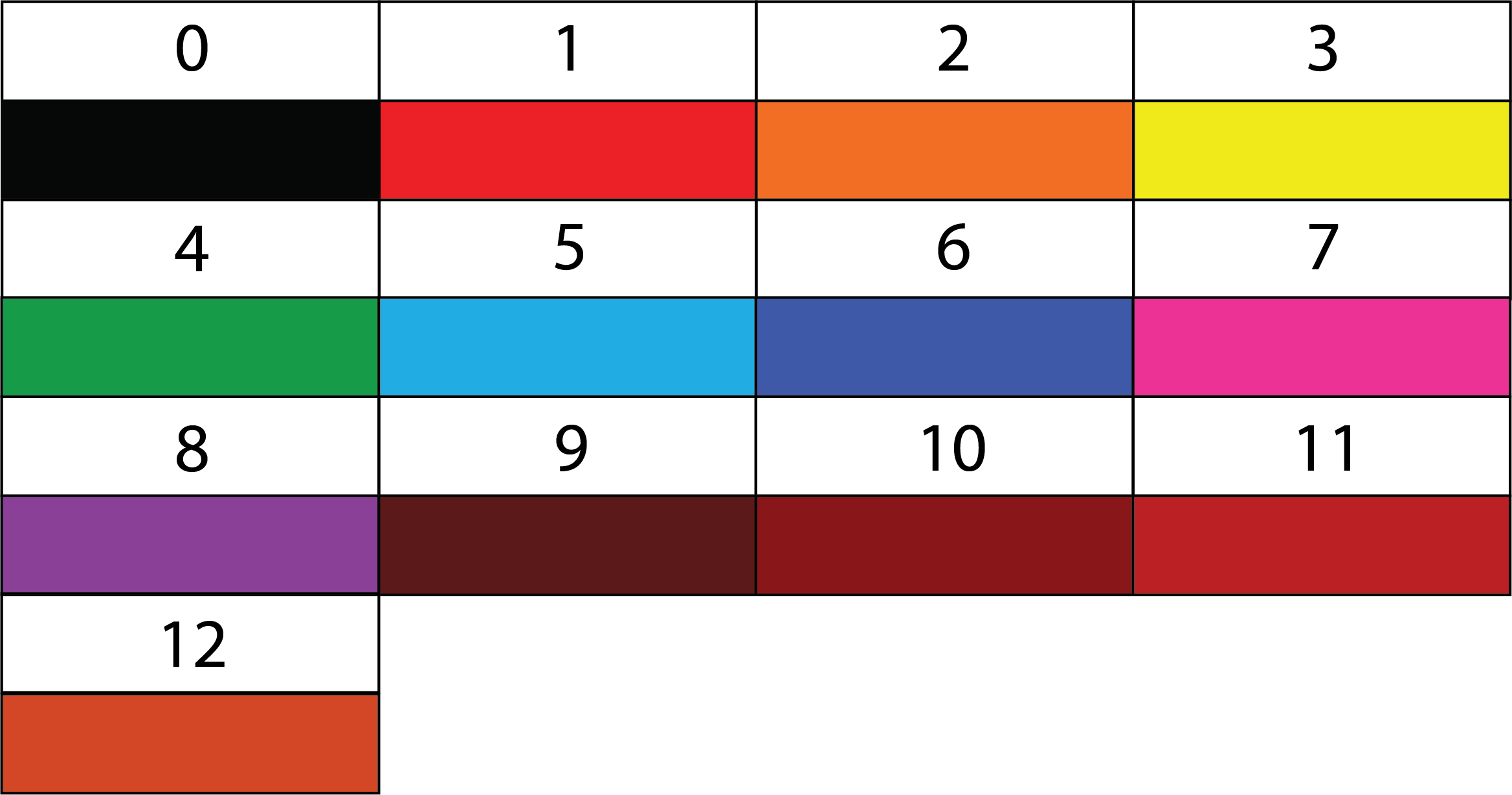 The interactions that will be required for the user to use the concept involve rolling the dice to pick the numbers, lighting up the chosen sides, playing the corresponding sounds and throwing the dice in the air to let the Arduino know when to check the produced sound with the stored sound.

What I would like to achieve is to build a solid, unbreakable 14-sided dice that rolls like any proper dice. All sides would be slightly opaque, with different colours, allowing the LED lights to shine through, however, it would not be completely seen. The main form would be the dice, and the user would only interact with that product; therefore, all the sensors such as the accelerometer, microphone and LED lights would be contained within the dice.

How the user would interact with the finished product is by rolling the dice where the side that faces upwards would light up and play the sound/s, note/s and bar/s. Other interactions would be to throw the dice up in the air and then compare the sounds produced from the user’s interaction with their school supplies/stationery to the sounds stored, rather than faking the functionality with the laptop. If they get the answer wrong, then an unpleasant sound would play from the dice or the main part of the popular tune.