I spent week 8 writing some of the programmings for my project. I started with very basic pseudocode on a whiteboard and then eventually moved to Arduino. I managed to get both ultrasonic sensors working in unison. I also went to Bunnings to get some parts and two cardboard boxes that will represent rubbish and a recycle bin. I have labelled each of the ultrasonic sensors, one as rubbish and one as recycling. Next, I managed to make the sensors control the NeoPixel strip as it detects objects passing within 20cm of the device. Each time the rubbish sensor picks something up it gradually turns the strip red, and when the recycle sensor picks something up it turns the strip green. My focus from here is how I aim to put the device into the cardboard boxes and incorporate the sense of smell into the project. 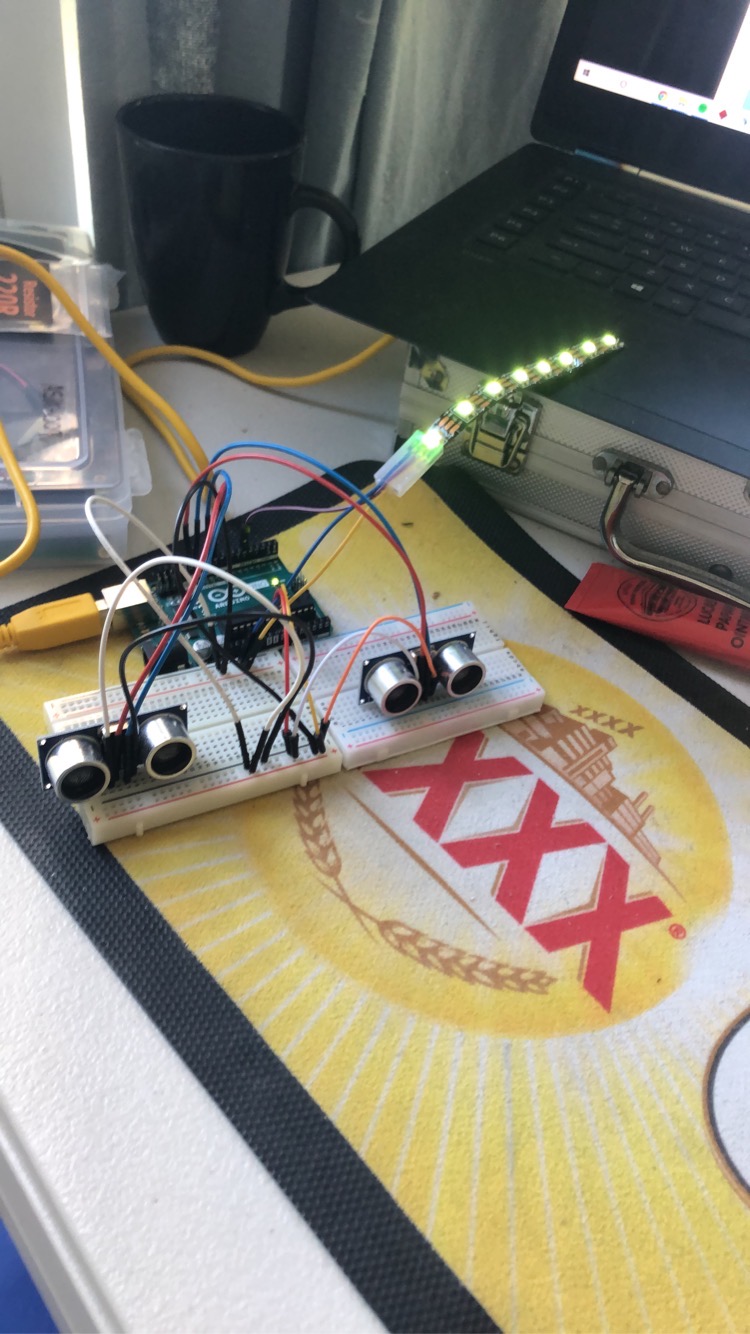 Be careful not to fall too far behind on your journal posts. It's difficult to catch up especially as we get closer to the end. It would be good to include more detail in your posts - and some reflection on how the project is going.