In-studio, I reported the question as following:

• What did you achieve over the break?

• What is your main task for the next week?

• What concerns do you have about completing？

About the time of online shopping with Arduino sensors and kits. If the sensors not on time, we will use plan B with other sensors.

In the workshop, I reported to tutor what technology was applied to this project.

Firstly, I introduced the project. This work is a game that provides visually impaired people who would exercise hearing sensitivity.

Because the target user is unique, they can not see the world, so the game sound is useful to the user. The game will play sound effects through four speakers for the audience to listen. I am responsible for designing the music used in the game. The technology will include using Adobe audition software to make the 3D game surrounds.

And then. I will be using Unity to design the sounds as that put sounds in a 3d space and virtually move the player in the 3d space to change the sound levels from 4 speakers.

Precautions when design and play the game and interview

This week, I made the interview plan for our project, and I have summarised the precautions of design and play the game 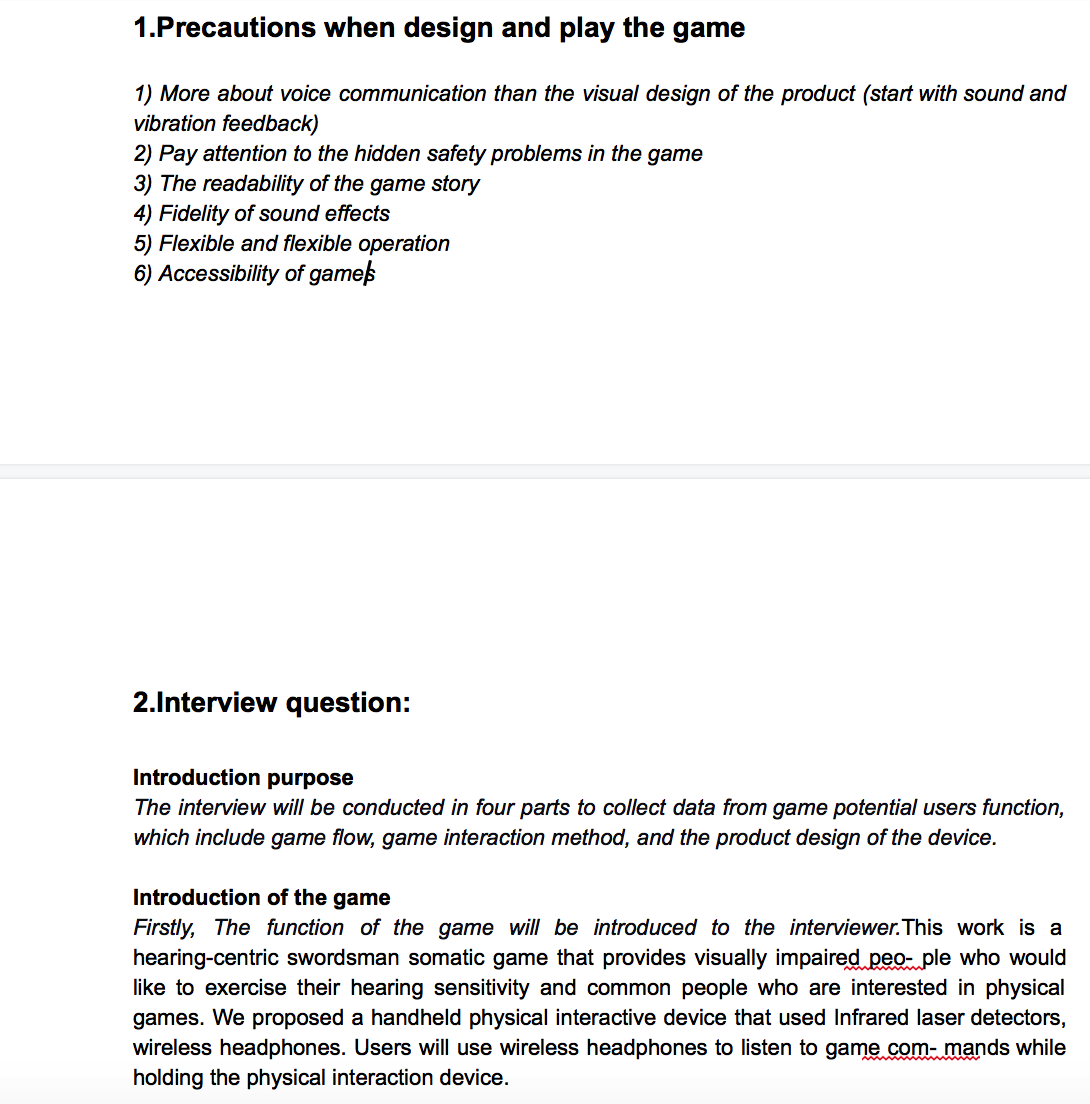 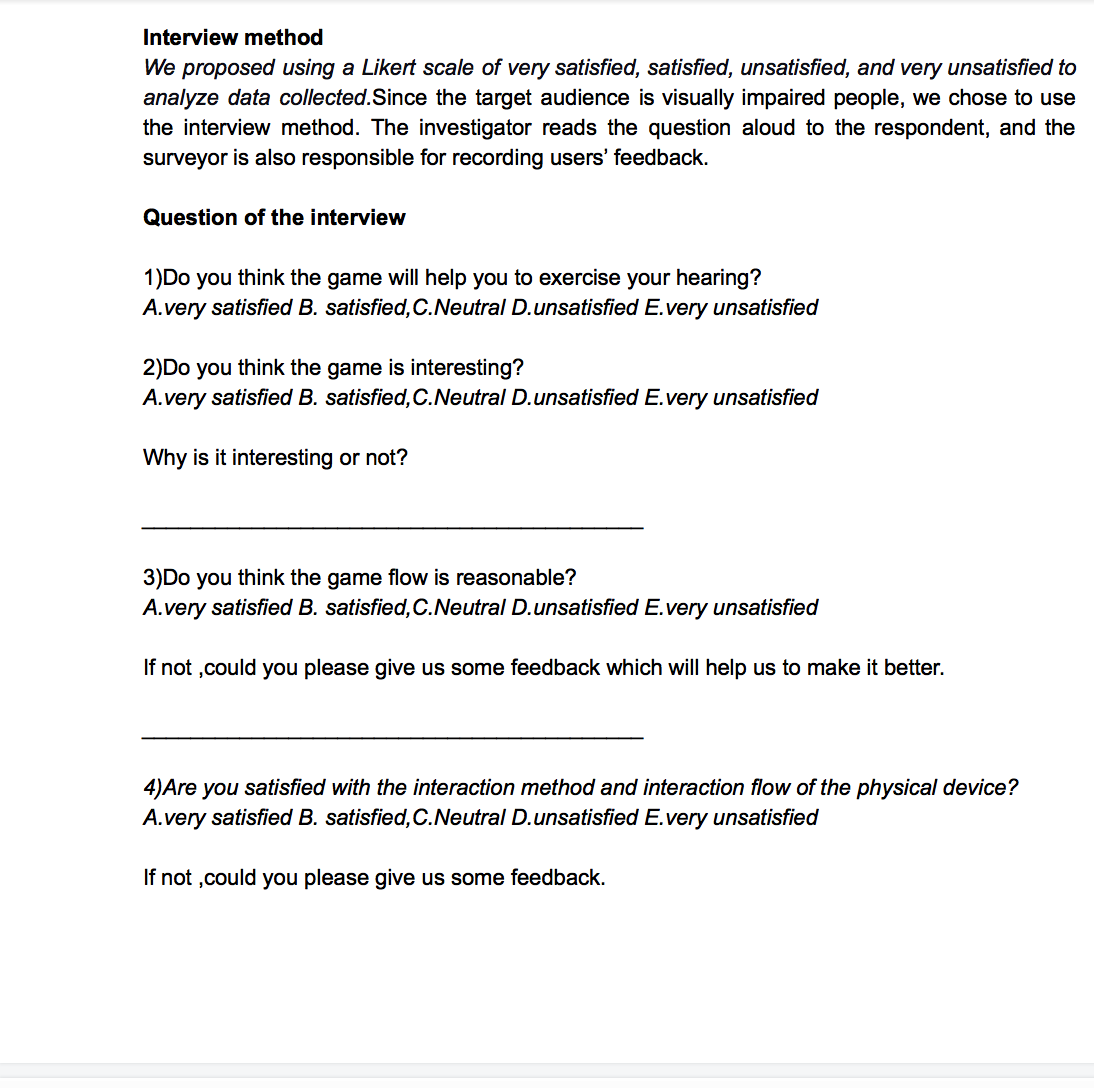 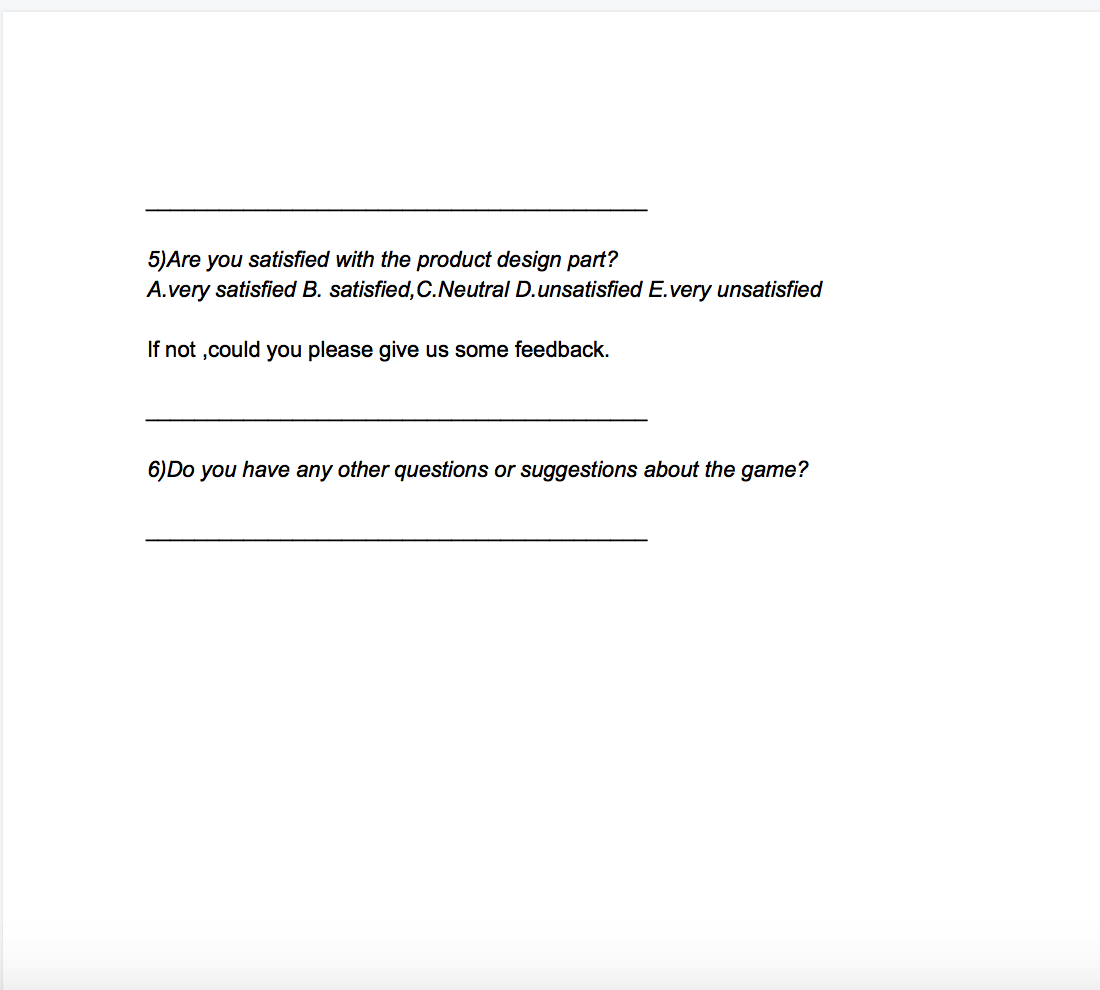 sorry about the title is wrong.It should be week7.