In the studio I was able to establish how far I had come with my prototype development and also what I had left to do before submission.

For the most part, I was really happy with my progress. I had a functional MVP which is what I aimed to have working for the deliveravle due on Monday. I still wanted a reset button working so I could demonstrate how my concept was able to facilitate complex drawings so, after I had a conversation with the teaching team and my group, I set off to work on my reset button's functionality.

I got this reset functionality working about an hour after the formal studio session ended. 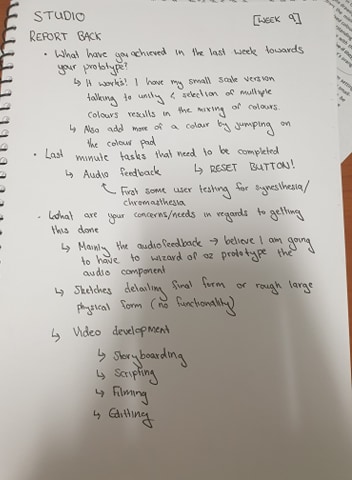 In the workshop I began storyboarding and writing my script for the video. 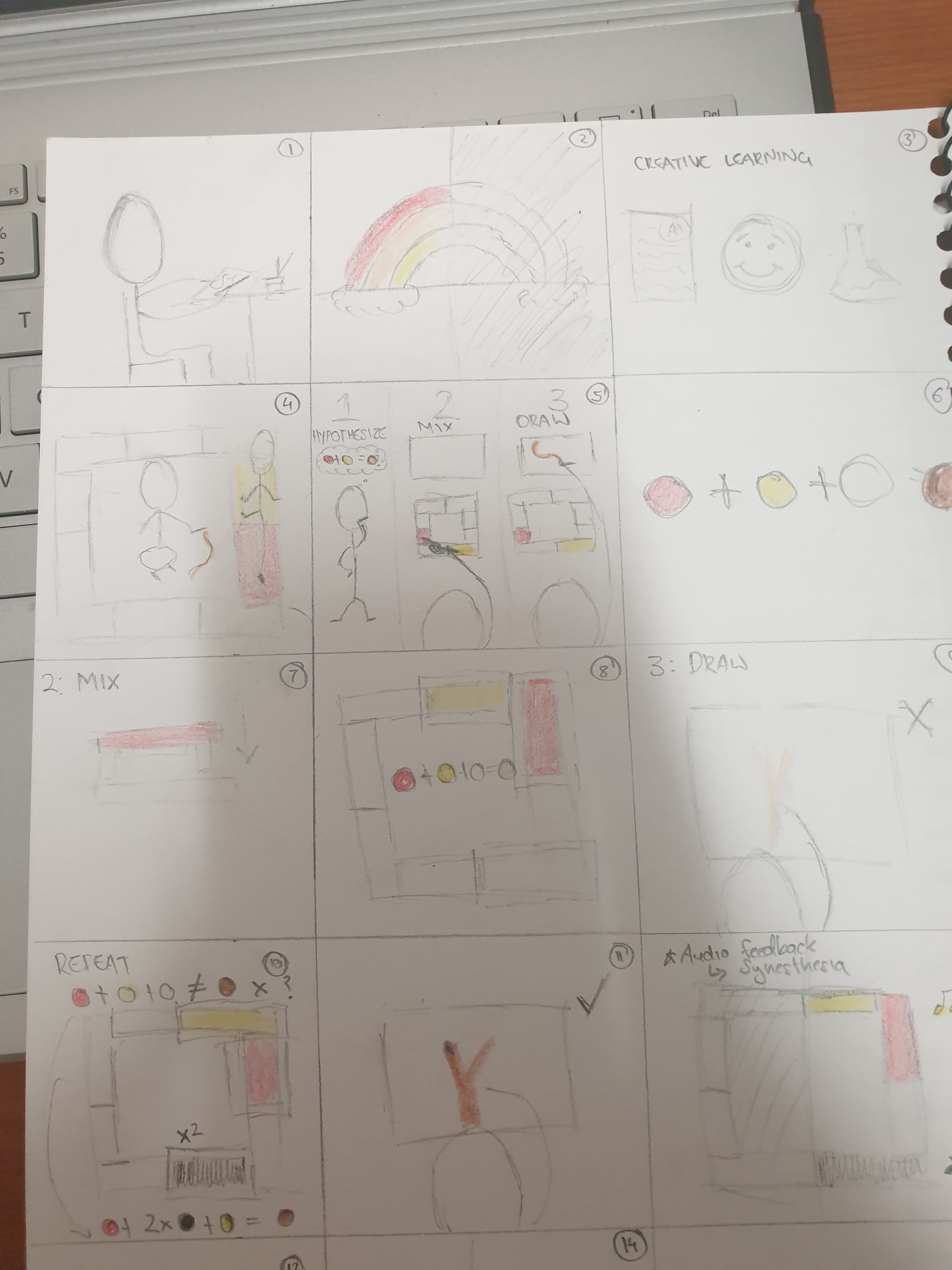 After a fair while of writing and reflecting, I decided that I may still have time between then (Friday morning) and when the deliverable was due to get very rough audio feedback integrated into my system's working functionality. I decided that, in order to pursue this goal, I should first have a proper understanding of how I was to go about implementation. I called a friend on zoom and rubber ducked the whole implementation approach for audio-tolerance ranges and, by the end of the conversation, was fairly confident that I would be able to integrate audio feedback.

REFLECTION: More of a discussion about the audio feedback would have been beneficial. I didn't really discuss where my audio feedback was at conceptually nor did I discredit my previous attempts. So, a bit of a hiccup in my overall design process narrative here. I would have liked to see that I now had a focus on the theoretical concept of Synaesthesia, an overview that Synaesthesia is a phenomenon that blends senses together and, as such, is able to translate colour into sound and finally how Mixed was going to use this. Aside from that, story boarding was super helpful for when I was editting my video and I am really glad that I decided to try and get this audio feedback somewhat functional for my first major prototype