This week focussed on figuring out how to use the neo-pixel strip with Vuforia and getting a 3D 14-sided dice built. I wasn’t able to work with the sensors as much as I would have liked, due to other assessment pieces, however, I was able to make some RGB lights on the strip light up when their corresponding image targets were detected. The neo-pixel strip provides 8 RGB LEDs, thus, leaving 5 sides without LEDs currently. 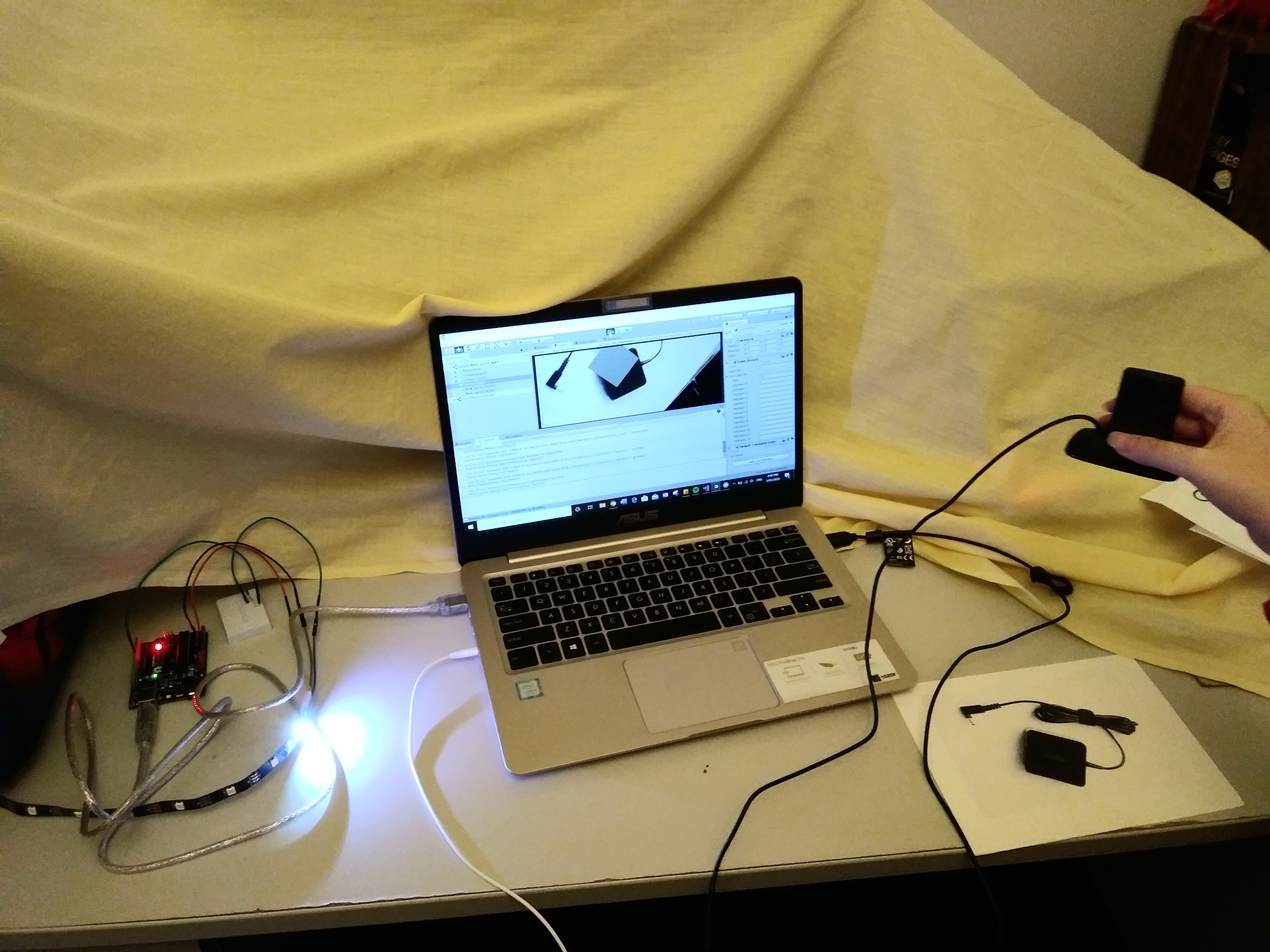 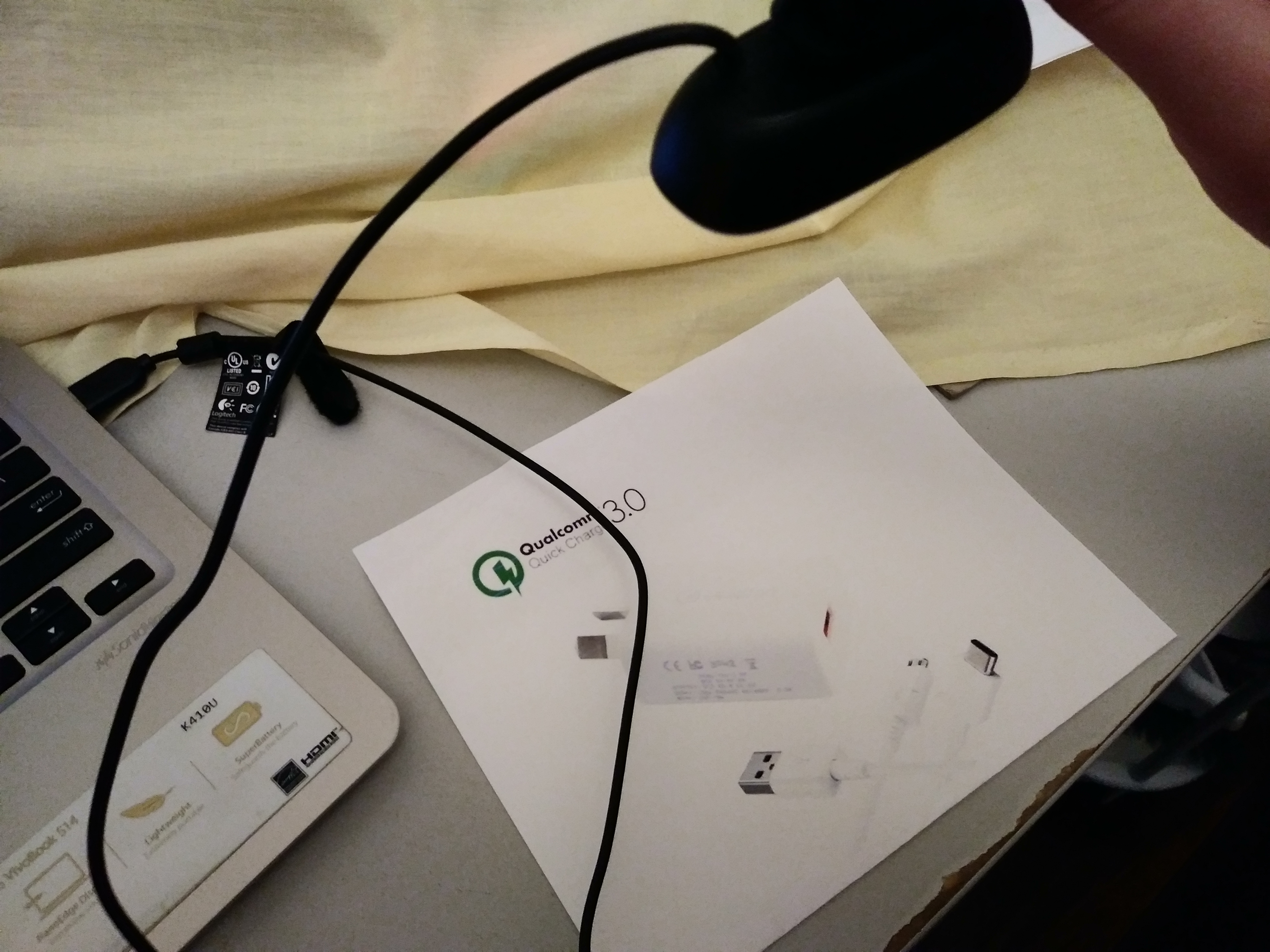 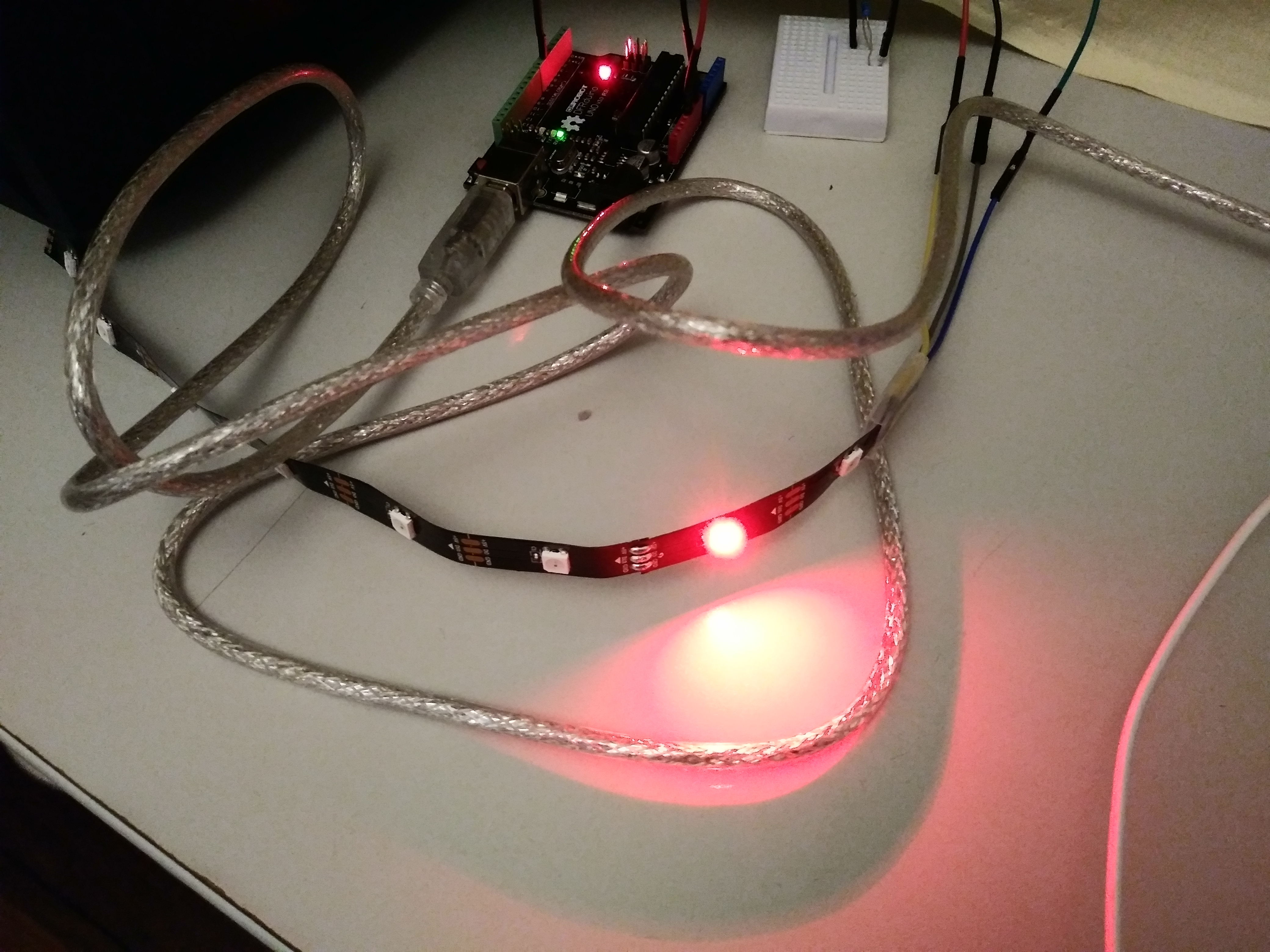 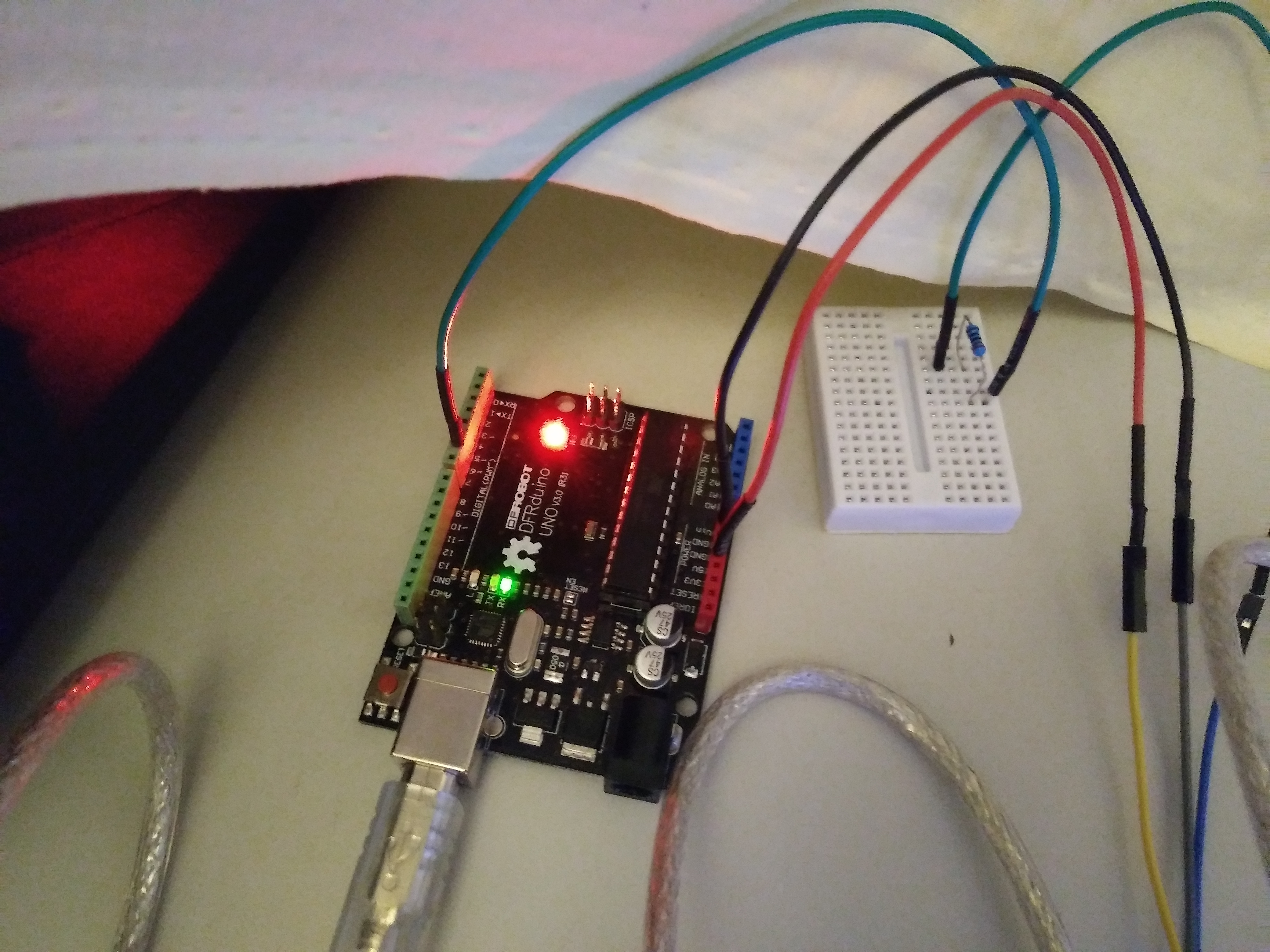 Each side on the dice, 0-12, will be given a unique image target. The image targets were obtained from pixels, a website that provides royalty-free images. These images are of numbers created using bike chains and when added to the database in the target manager it was given a 5-star rating. This star rating was desired as it will make tracking and detecting the image easier than the other images that were uploaded as they were given a 2. There were some concerns with using the bike chain numbers because even though I knew that the images had to be unique I still wanted them to have a consistent style. First up I was only able to find numbers 1-3, thus, I considered creating VuMarks, which, similar to image targets, allows certain objects to be tracked and are customisable. Unfortunately, this did not turn out well as the different parts of the VuMark that I was focusing on in illustrator was failing such as the border and I knew it would take longer, then if I used an image online, thus, more time can then be spent on the sensors. From there I continued searching for images and then I found that the bike chain numbers went from 1-10, this then allowed me to use all those image targets for each number, using photoshop to create the numbers 0, 11 and 12 by cropping and cutting the other images. 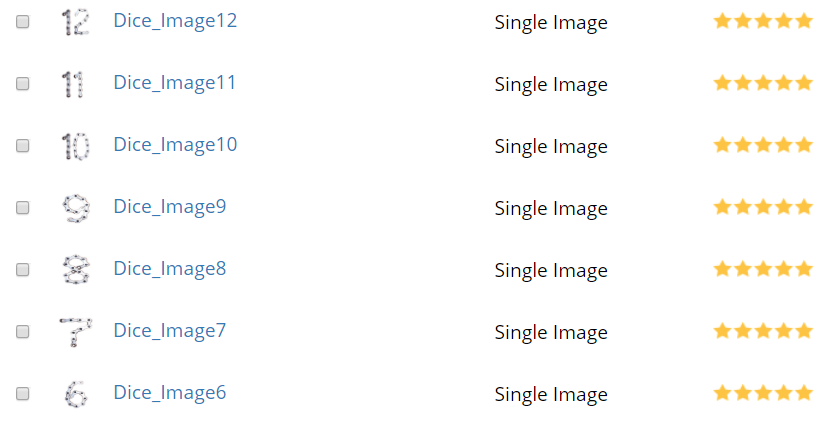 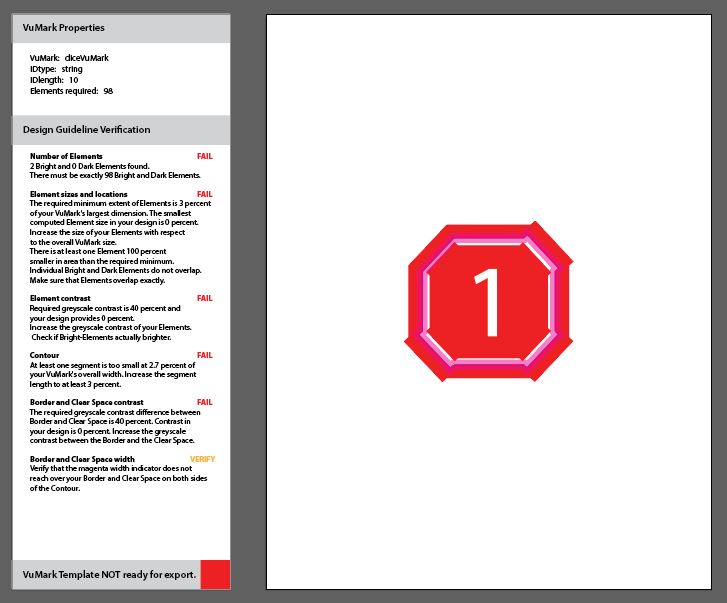 On Thursday, I went into to Uni to pick up a photon sensor, thus, this will allow me to have other sensors work without using the Arduino Uno as the photon doesn’t need to stay connected to the computer and it fits within the dice. The sensor will allow the dice to be the main product that the user interacts with because all the required sensors will be contained within it. The computer, however, will still need to be used with the dice to play and record sounds. I was not able to use the photon yet, however, I am planning on using it tomorrow with the neo-pixel strip.

For the dice, I was originally going to make the next prototype form out of balsa wood. Fortunately, one of the tutors helped me out and created a model of a 14-sided dice, that could come apart by screwing the top off and on, for 3D printing. This model will make it easier to put the sensors within the 3D dice. I was then able to pick up the 3D printing of the dice from UQ on Friday. The dice turned out well, and the sensors will not easily be seen within the product, however, the user will be able to see the LED lights shining through which is what I wanted. I am very happy and excited with the form because how I originally was going to create the dice wouldn't have turned out as well. The only problem is that the dice, doesn’t fully close, however, it still functions the way it is supposed to. 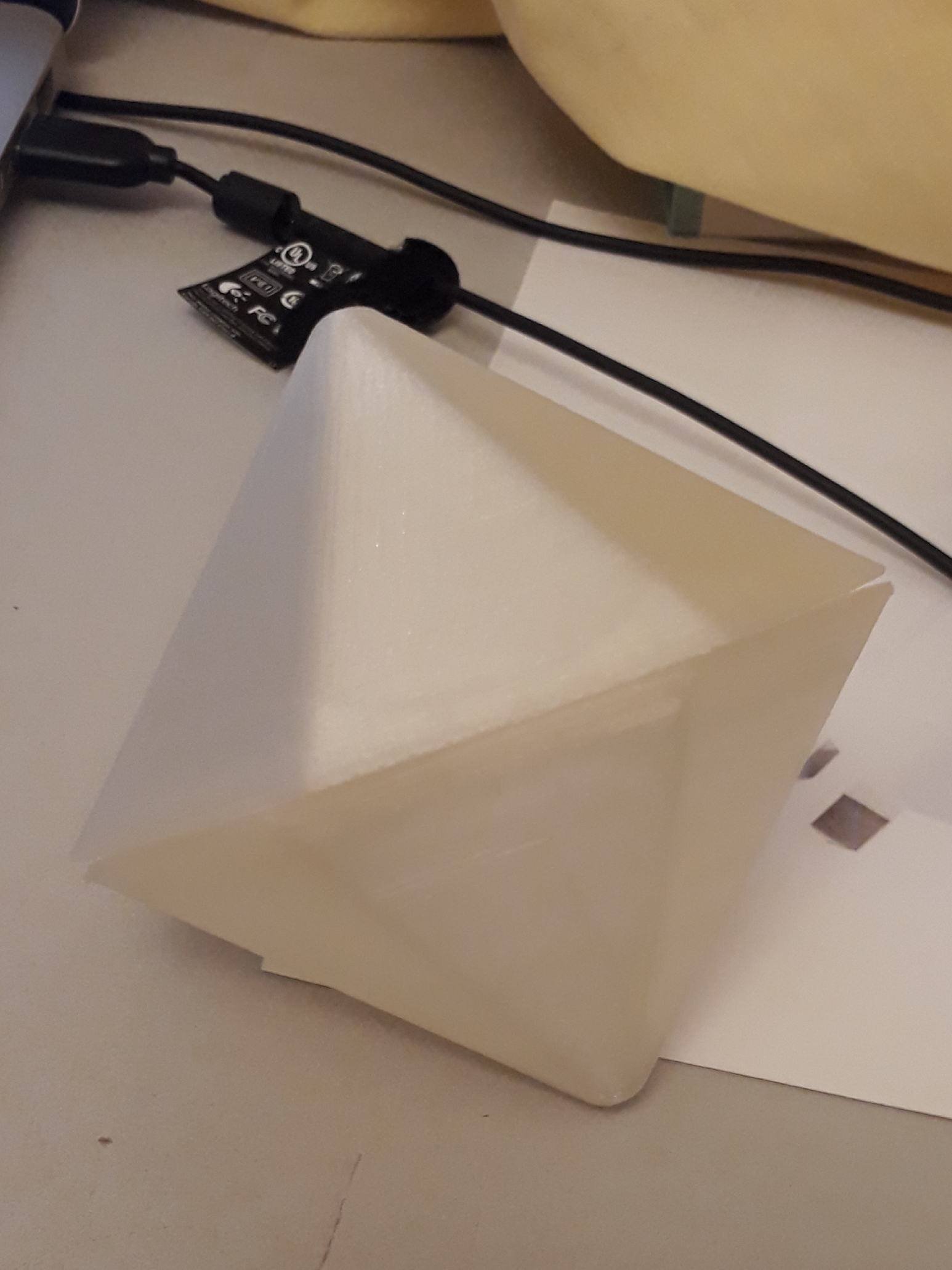 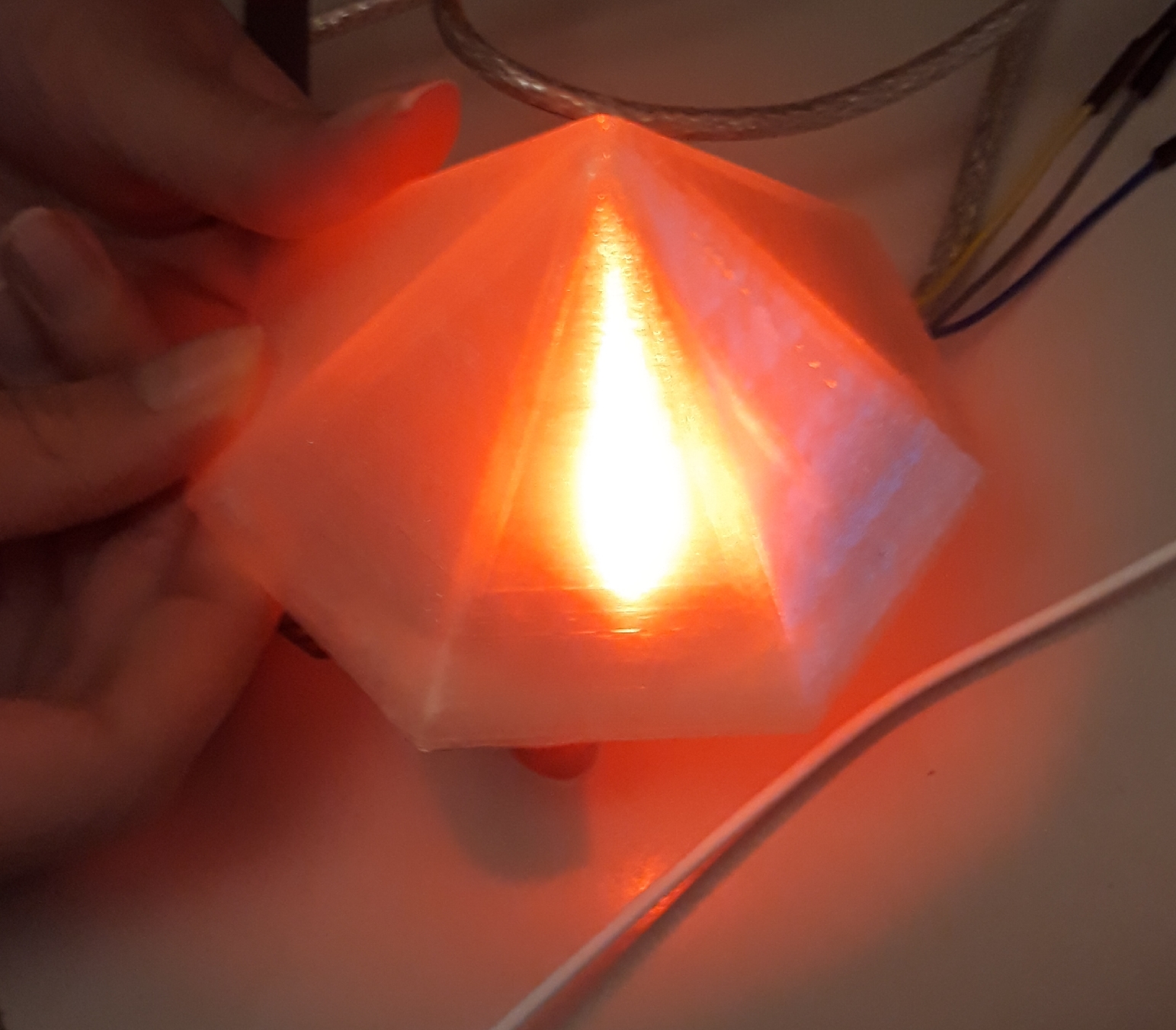