First thing I did in week 9 was to get the wiring of my project right! I used the cables and breadboard I got from Thomas and wired it up correctly. Last week I tried putting it together with tape, which was very unsuccessful. The next thing I tried was to use the black tip of the jumper cables as a "container" for the jumper cables together, as I had a lot of male ends I needed to connect together. This worked to a certain extent, but I started doing it because one of them fell off randomly, but I discovered later that it was very difficult to actually hollow out the black tips.

After putting it all together, It was actually pretty hard to place everything into the ball. I didn't want the LED to be directly on the wall of the ball, because then the light would be too strong, but I couldn't find a way around it in the end. It would also have been easier if I was able to just put everything in there and then tape it and leave it, but I need to have access to the ESP32 both to take in and out the battery (when I'm not using it) and to insert the cable in case I have some new code, og want to charge the battery. 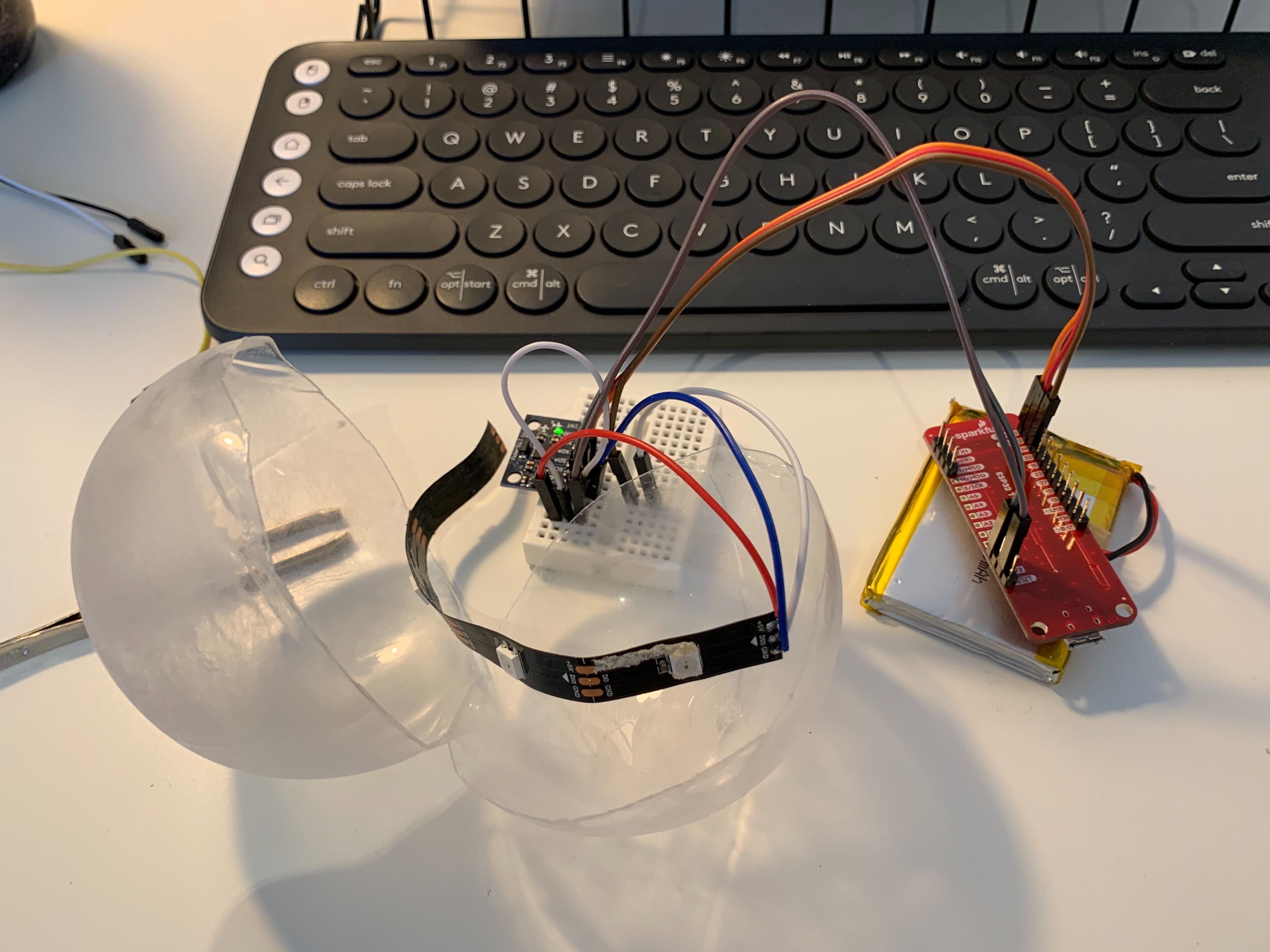 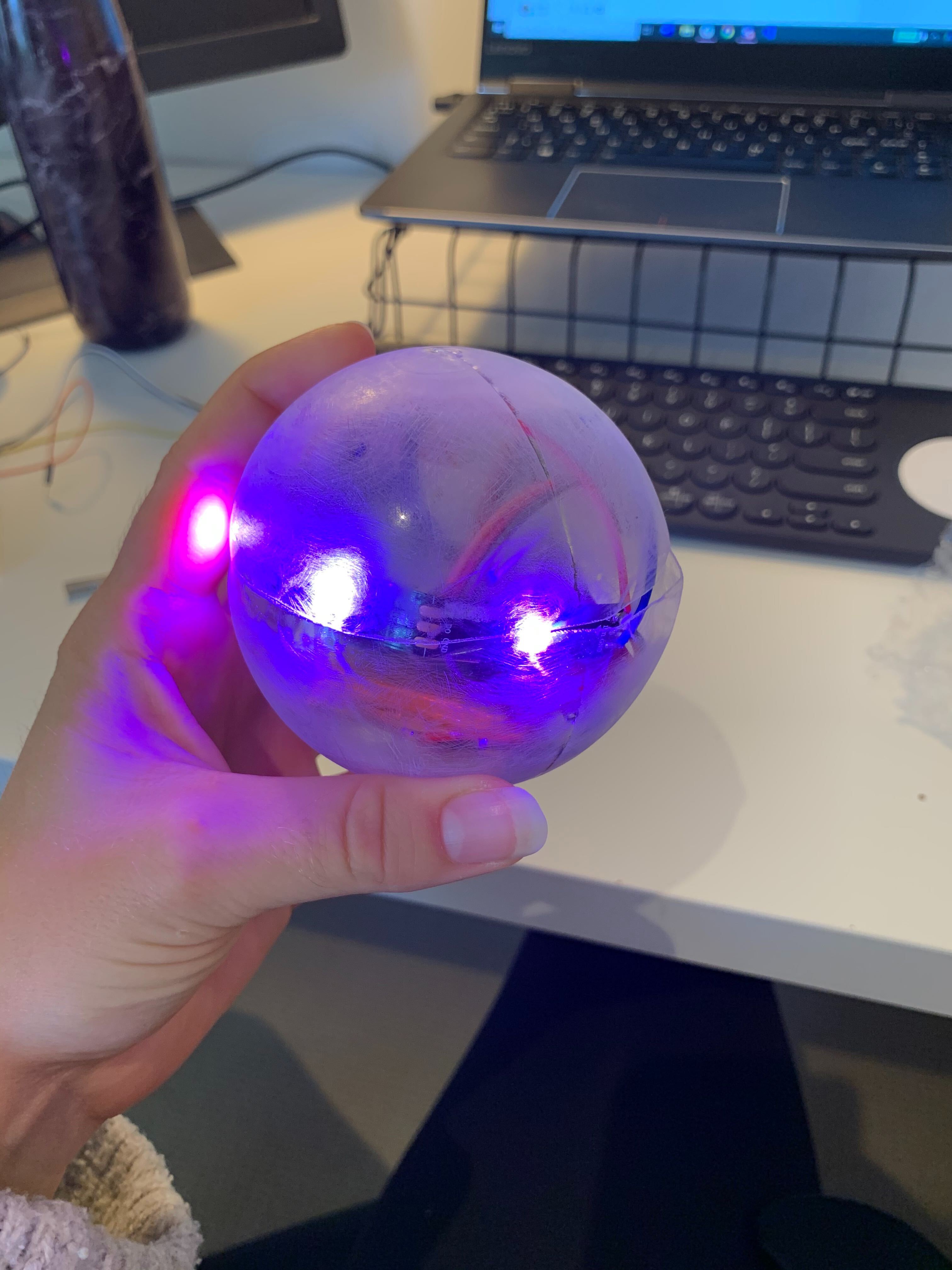