My prototype consists of three main parts, which are blocks, Arduino, and computer. 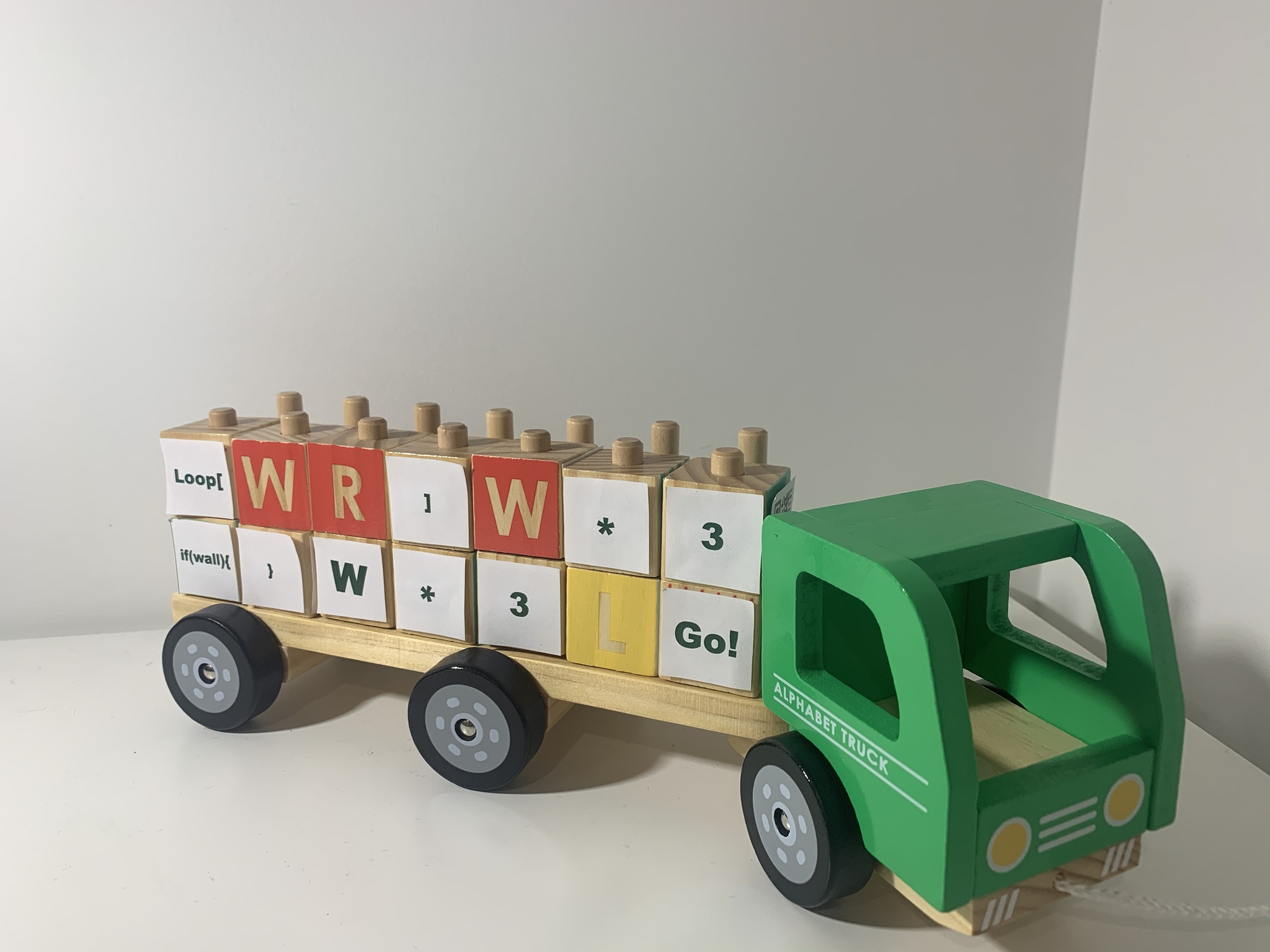 For the front side of each block, I put the simple code on it for users to reorganize, each code has a meaning, for example, W means Move forward, L means turn Left, R means turn right and so on. 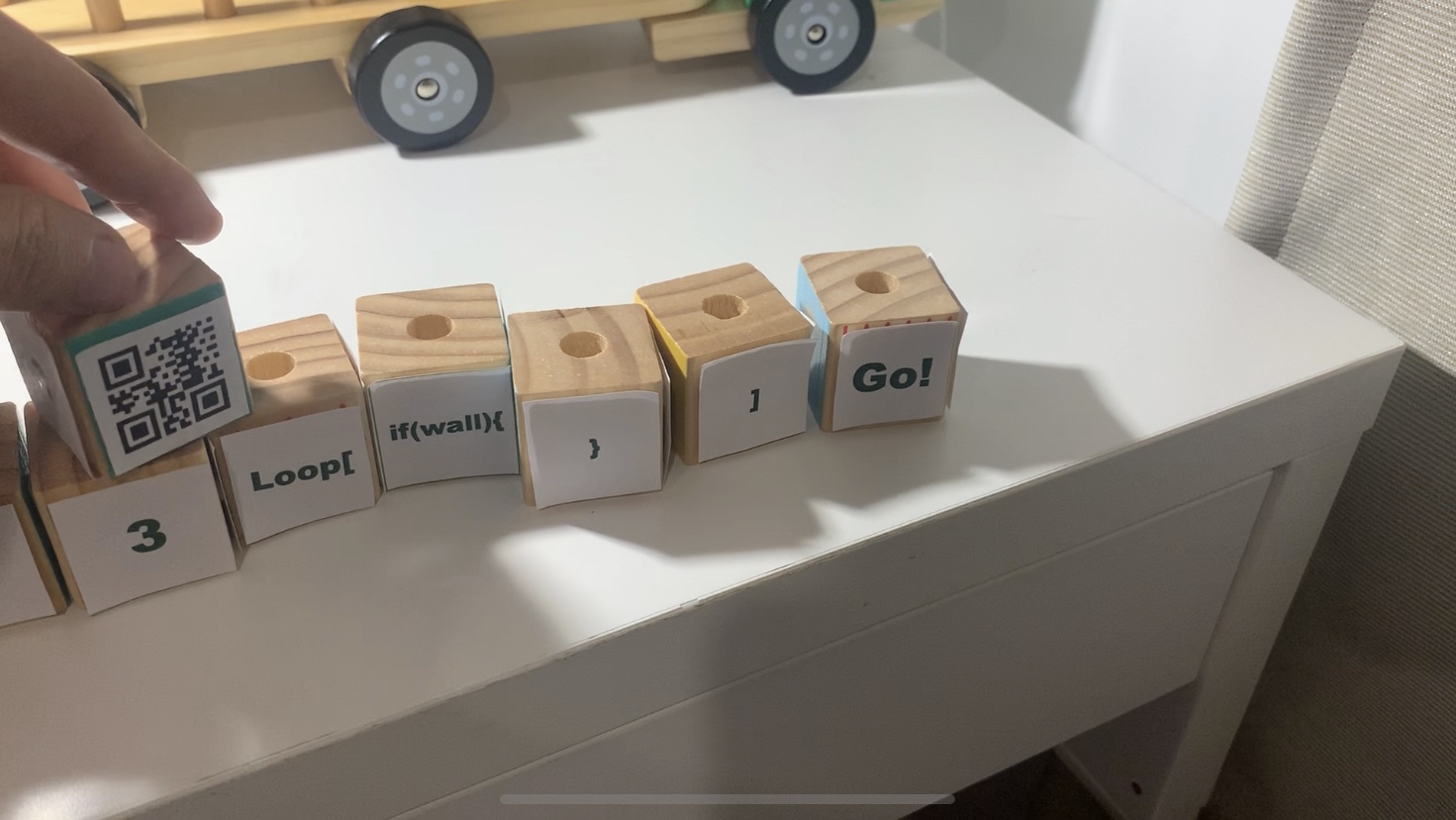 For the right side of the block, I put the QR code on it. And each QR code has the simple code of the same block in it. After putting it in front of a computer camera, the computer camera can detect the QR code and read the data in it one by one and save them in a list and send the command to the robot.

I use the Arduino button as a trigger for each round of the game, once user gets ready and press the button, the python program will get the signal from Arduino and start to access the computer camera and start to detect the QR code and read the data and save it. After the user finishing the input code, he can put the Go! block in front of the computer camera, once the camera detects that, the program will terminate the camera and will save the code it has caught at that time in a list.

I wrote a python program for the project, as you can see the computer can detect the QR code, and once it has recognized it successfully it will display the content above the QR code.