I have encountered difficulties when searching for suitable sources from Youtube. I’m not sure if because of the method, I could not find suitable videos for me to observe the children's interactions with the toy.

In week 8, I have started the interviews to consolidate the concept and receive suggestions from the target audience. There were 3 participants which were parents and child care teachers. The questions below were asked:

a. How are you related to the children from 3-5 yo (parents/child care teacher)

b. How long does the children play the toy per day?

c. What toy does the children has regarding colours and shapes?

c-1. Does the children taking the toy to play by themselves?

c-2. What is the style of toy the children is playing? (plush toy/blocks)

c-3. What is the limitation of the current toy

c-4. What advanced features do you think can be developed based on the current toy?

d. Do you have any suggested physical learning style

e. How do you usually encourage your children? What is the most useful approach?

f. What kind of interaction is interested to the children?

g. Does the children has any special requirements regarding the toys? (features, appearance, peer)

h. What kind of toy will you buy (teaching-oriented/)

a. Do you think your children will like it?

c. What form do you think is the best way to present? (plush toy/blocks)

d. What age group do you think is the most suitable for the concept?

e. Do you think the interaction is playful enough?

f. Do you think the kids will be able to get out from the toy/learn?

With the feedback I’ve received, I have altered my concept to develop children’s cognitive ability such as concentration and memorising skills.

The first concept was developing a flappy bird game, and the children played the game using the pressure sensor. The larger the pressure is, the higher the flappy bird will fly. The goal of the concept was to practice the kids control with the small muscles, however the major concerns were that the children did not incorporate enough motor skills with the toy and the game requires screen to display, which may negative impacts on children exposing to the games in such young age. 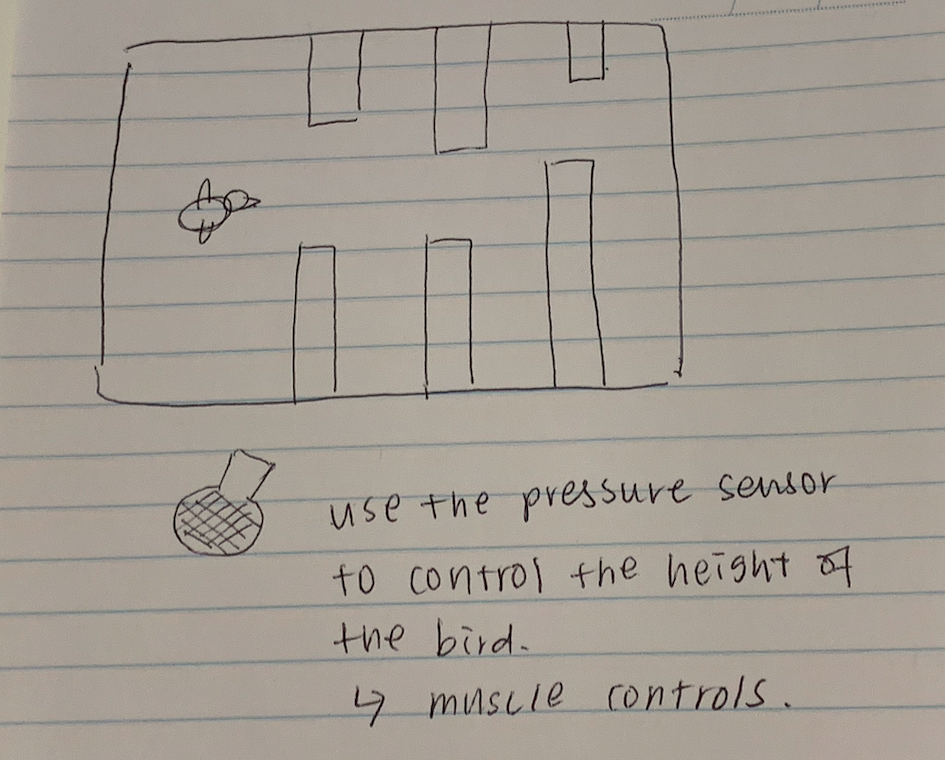 With the concerns and the suggestions from the teaching team, the concept was reiterated. 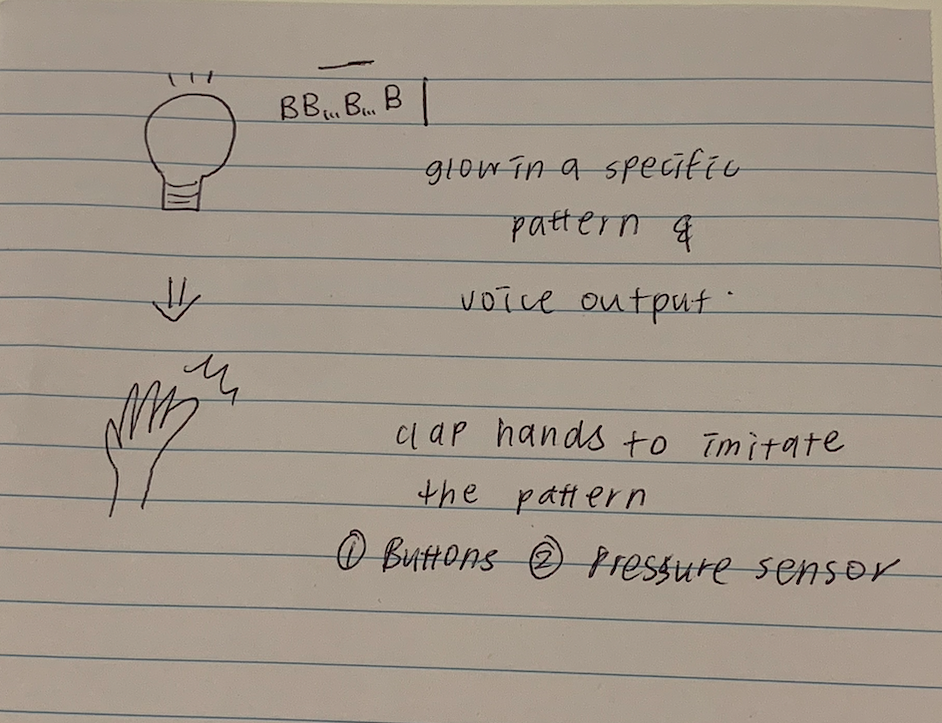 Pressure sensor is implemented through the online resources, which is used as an input from the children to the system. I have use the code to learn how the pressure sensor is measured and use. Basic LEDs and buttons were also tested to familiarised with the Arduino Uno. 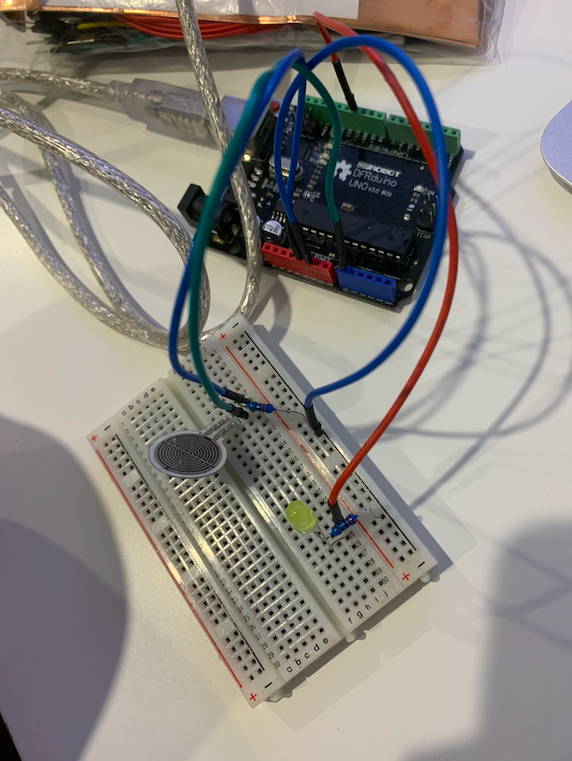 Things needs to be done

More researches in terms of the concept itself, background and users are needed to support the concept. Furthermore, the basic prototype needs to be more concrete and research of the materials and functions needed.

What interesting insights did you get from your interviews? It would good to hear about that here - and you can link it in better with the work you've done with the concept. More detail in the documentation of your work would be good - so there is clearer picture of the work that you are doing.