This week was getting ready for the submission. Tutorials on Vuforia were extremely difficult to find, especially since it is constantly having new versions to cope with the new releases in technology. I managed to create a bat and make it appear over the brush, as well as a ball moviing. I was also trying to make them interact with each other, and will need to look into Lerping, since the objects are teleporting rather than actually moving in the space. I initially made the bat as a 2d flat overlay, but later decided a cylindrical shape would be more appropriate as well as more realistic to help users to better estimate its movements, as well as interact with the ball

I wanted to simulate the ball moving in as if hit by someone else, but for now having to only have it come in from off camera at a fixed distance. I was able to change the number of tracked objects at a time, making it suited for multiplayer use, though a concern is whether they can all fit within the view of the camera. Additional concerns is that since it relies on a camera, the user has to be able to look at it from behind a camera and screen, limiting the range of movement, or potentially blocking the image target from the cameras line of sight.

It can be argued that the view is then only for each individual, viewed through their phone, though still being individual gameplay since movement between persons is still simulated and the team aspect has to be imagined. Other alternatives could be further explored, though I have been unable to find anything that could achieve much of the intended experience. The ball would also be extremely difficult to hit, being an moving object in space with the bat since even if the X and Y axis aline the Z more often than not doesnt, which would not be a problem in the actual concept since the ball would appear on surfaces.

Possible solutions to be ignored could take further research in maintaining the 3d look of the objects but have them all appear on the same 2d plane, or making the ball a cylinder that only appears as a circle to the camera but stretches then entire z axis to ensure the bat would hit it regardless. I wish I could further fix many of these problems but due to lack of time and skill will have to leave that to further development, since learning Unity from scrath was extremely hard, and I will have to Learn to produce and edit a video in Premiere Pro as well, which I decided on as it could give me the most flexibility in editing the video, since there is now free access, one of the things I am grateful for in this pandemic. 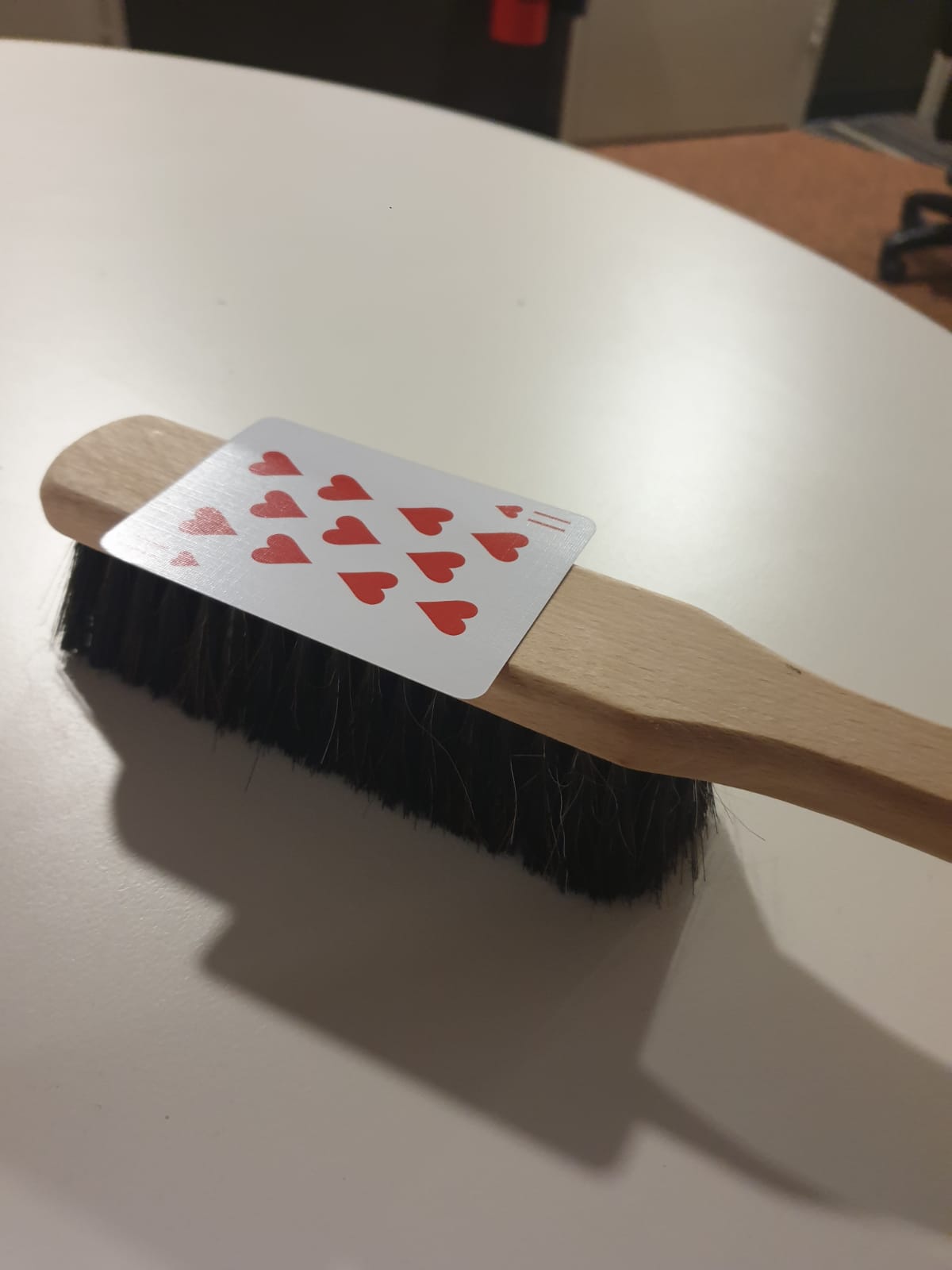 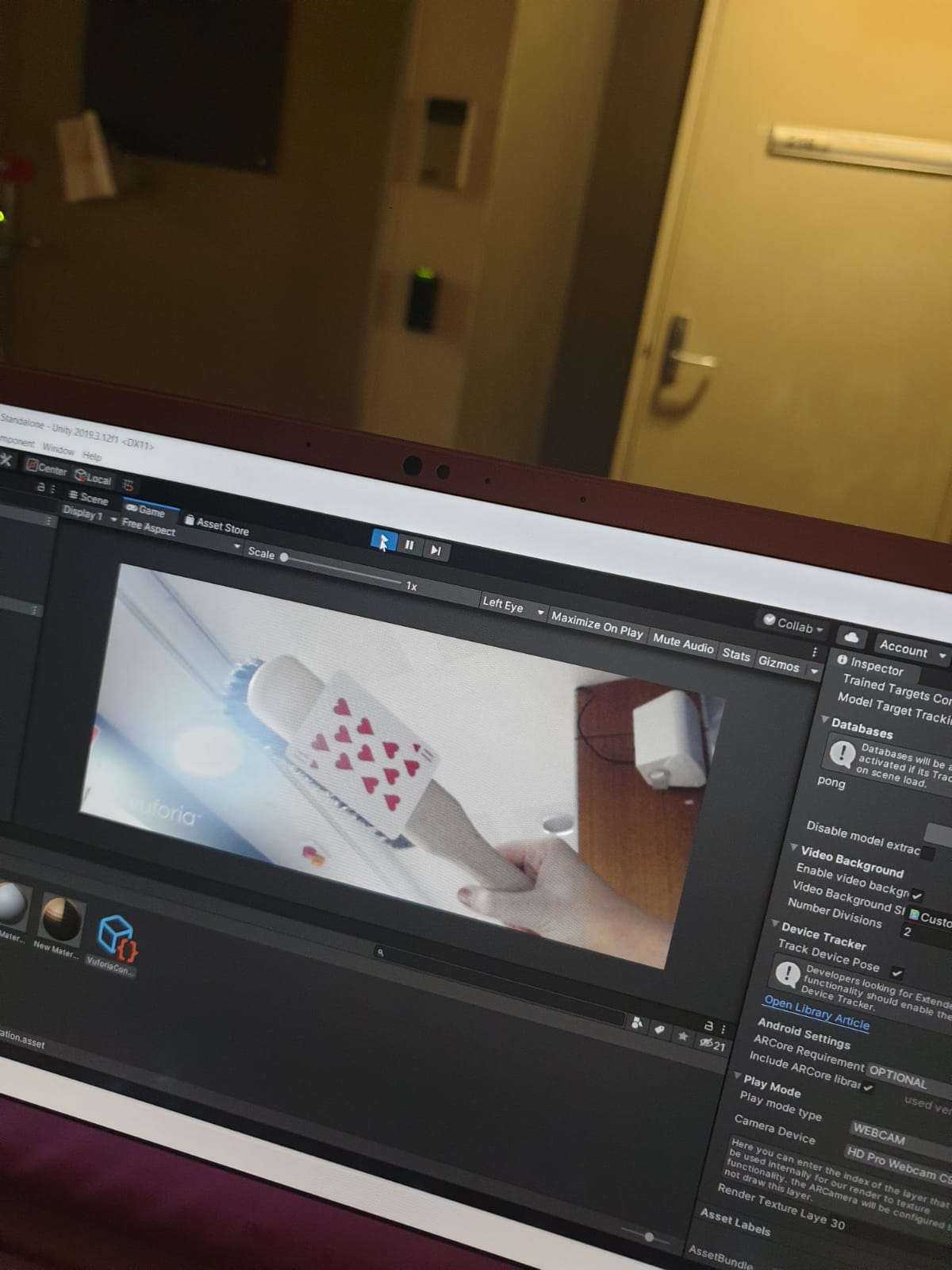 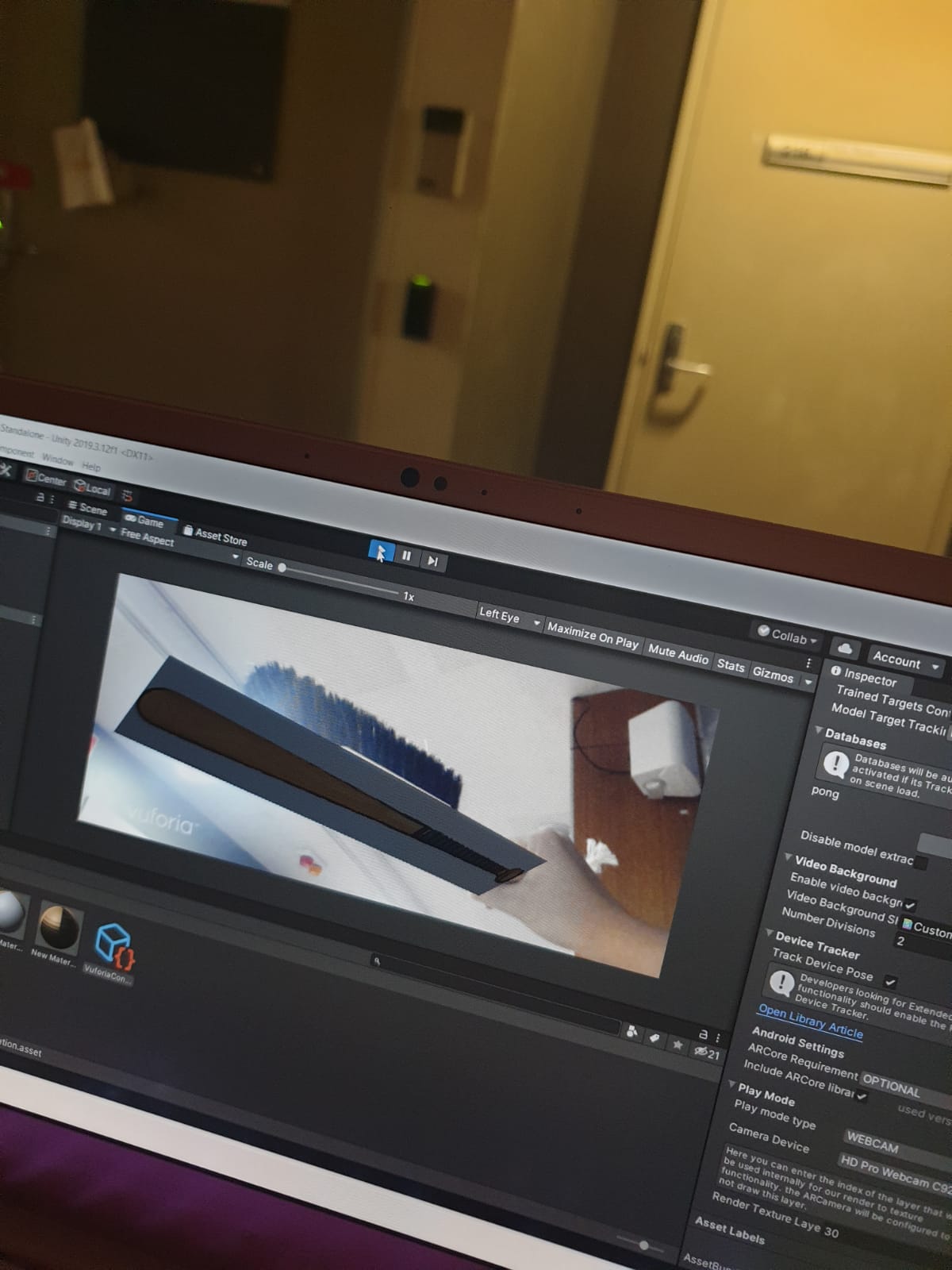 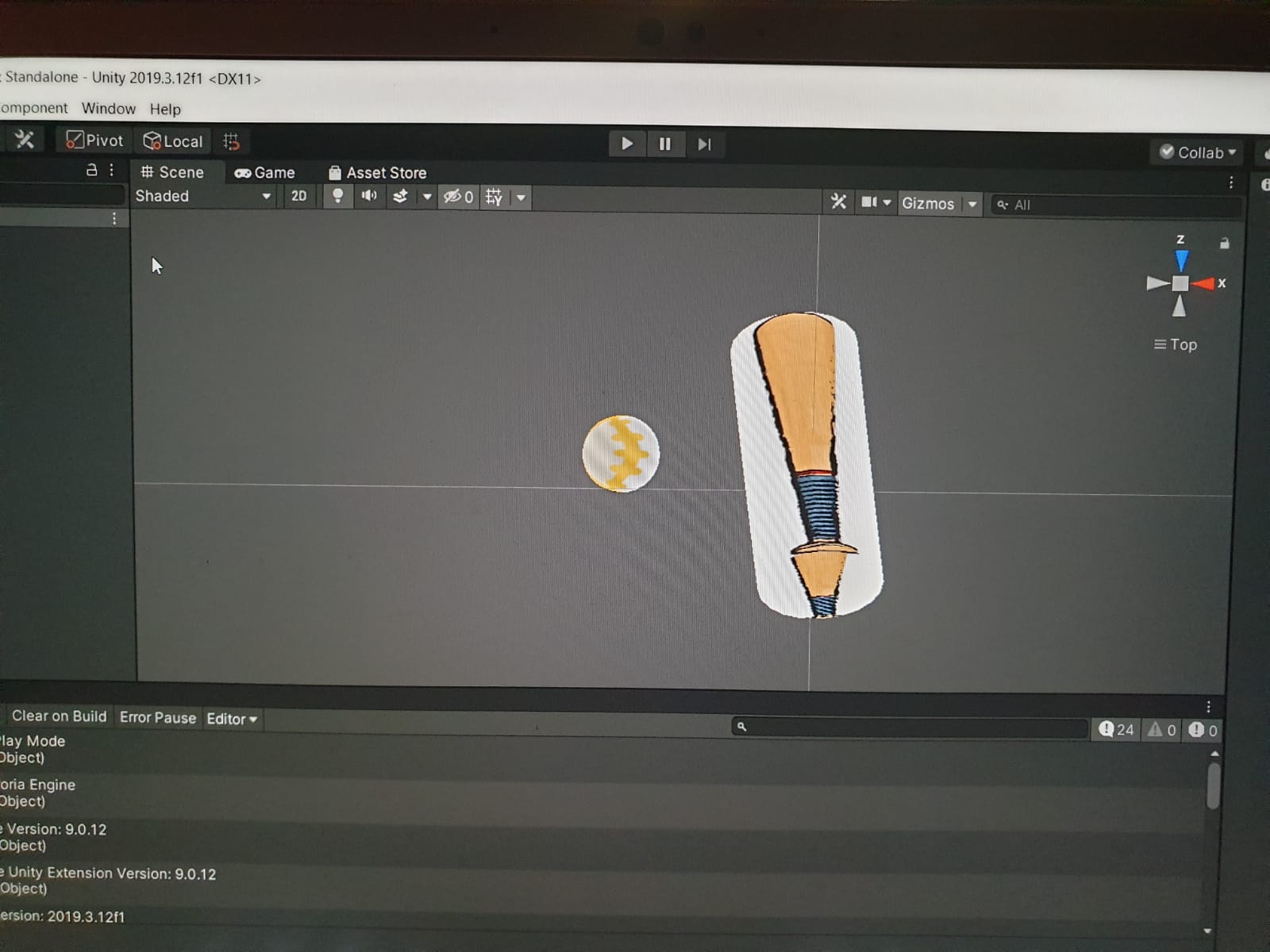 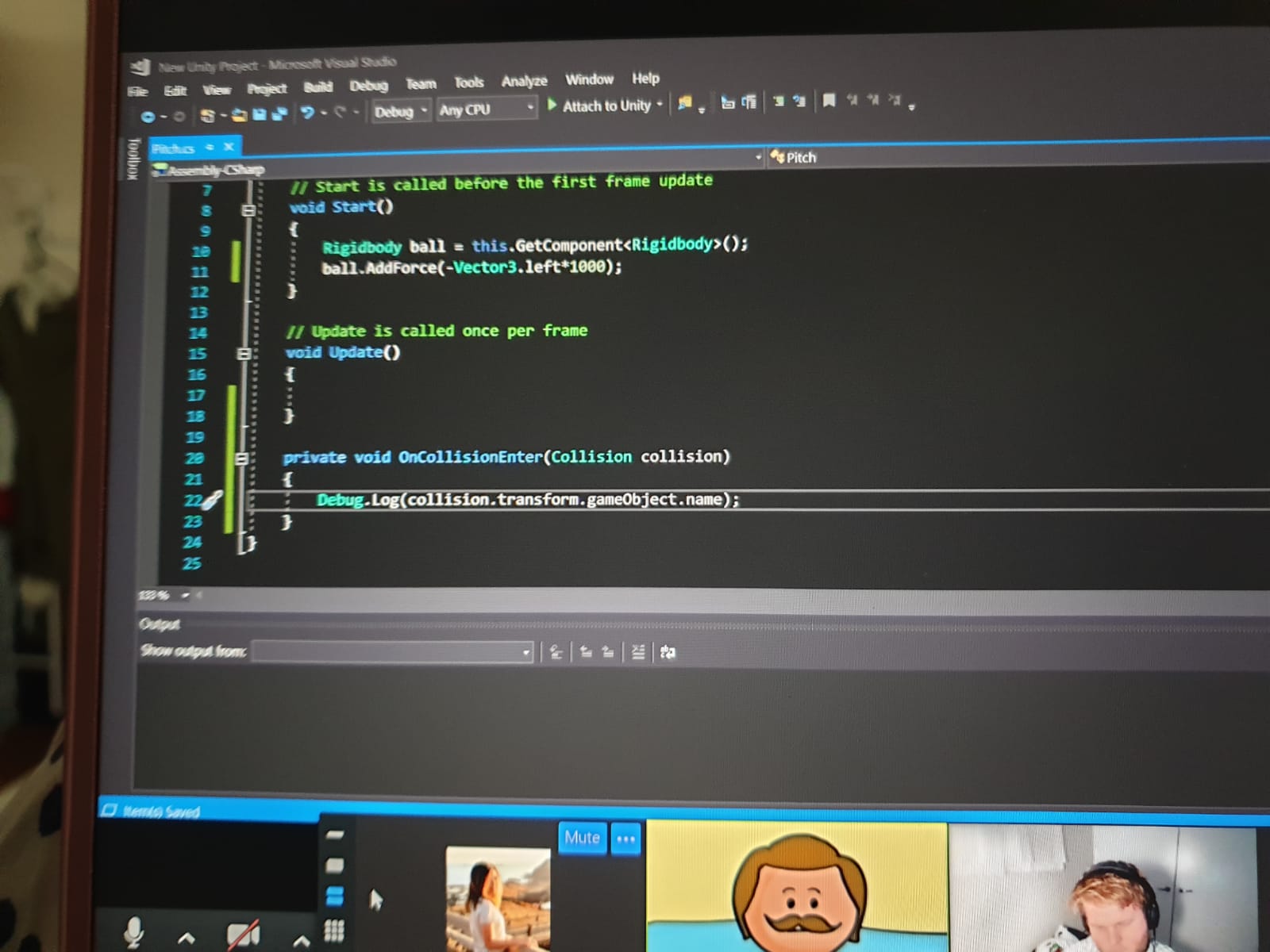 I am wondering if this is the best way to prototype this concept, yet after much research there are not many ways possible, even phone projections being unclear and only working in pitch blackness, which is not feasible. I also have expended alot of time working on learning Vuforia and Unity, which if i change at this point in the semester is not the best solution given the multiple other assessments from other courses. I definitely regret the choice of concept and would have gone for something more physical to build (whilch i love building things, though the Arduino would be new to me) which seems more doable to prototype than a concept where nothing similar exists and no protyping method is able to adequately fully test.