This journal will be composed of both week 9 and week 10 because of all the hecticness that occurred during week 9 (the video and prototype document being due). The first recap will be for week 9.

With week 9 being the final week to put everything together for the prototype it became filled with a fair bit of work. This included getting the coding working for the prototype and completing the build of the prototype (which was just setting up the elevator frame with all the wiring) and to script, film and edit the video. The first thing that was planned was to finish the coding for the single user interaction which was the posing. After following several websites that linked into a deep dark rabbit hold of different JS tutorial I was final able to get the posing check to work using posenet. After getting that complete I than decided to make the website a bit prettier and added in some CSS (please be kind on my quick designing skills). Below is a snippet of the final looking interface with me posing and it getting it correct. 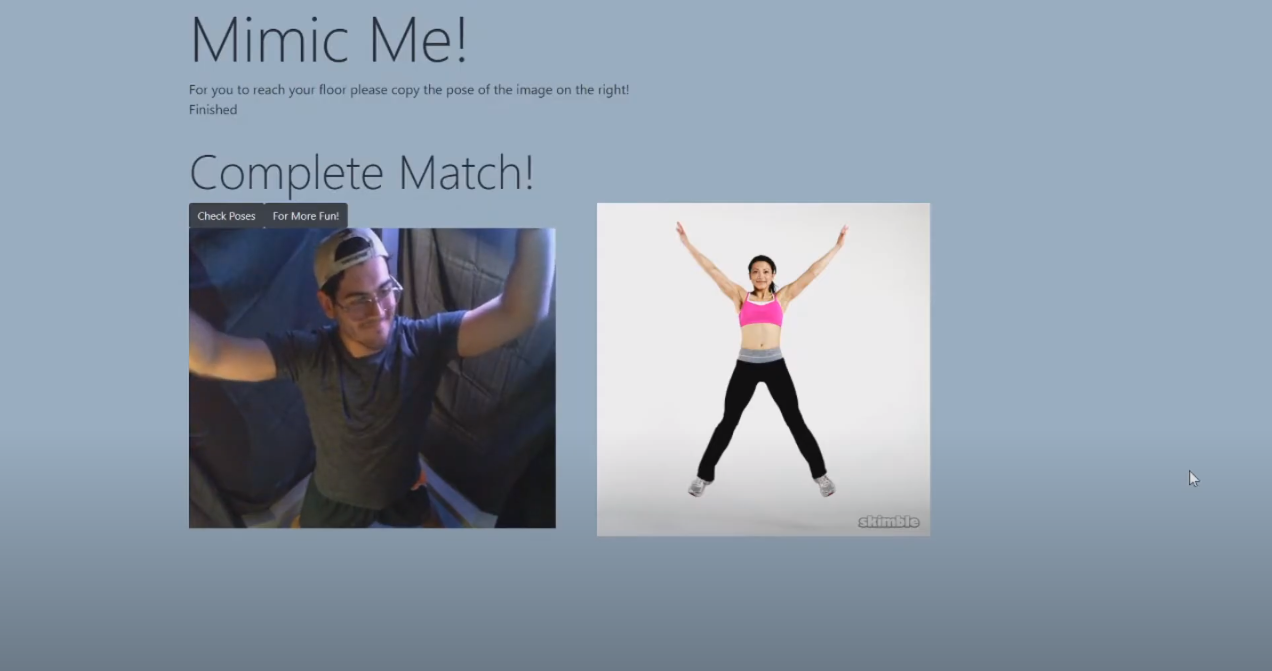 After I finished that, I believe that brought me to Tuesday. I then looked at my long-forgotten code that I had for the multiuser interaction as I actually started this a few weeks ago then stopped cause I ran into a big error. I edited this code a bit so I could do a bit of smoke and mirrors for the video demonstration. The website uses a tutorial I had found online and I had edited it to accommodate what I wanted (but sadly didn’t work fully). The website is bellow

The issue with this being that after words are said you have to manual click save and manually click check answer which I wanted this to be automated (but ran into that wall/changed my focus on single user interaction).

After I had completed that, I filmed the build and functionality part for the video as I could do this by myself. This included me filming the videos of the build and recording the screen to show the coding and website aspect. This took a fair bit of time as there was a lot to cover. I than called Two friends over (only two cause of covid19) and got them to act out what I wanted for the live video interface. Them not leaving the house for a couple of weeks made them excited to see people. Although with their excitement, it made them incredibly distracted while filming. Even in the final video, you can witness them laughing as they could not take it serious enough. Below is a snippet of one of the bloopers from the filming (and them laughing). 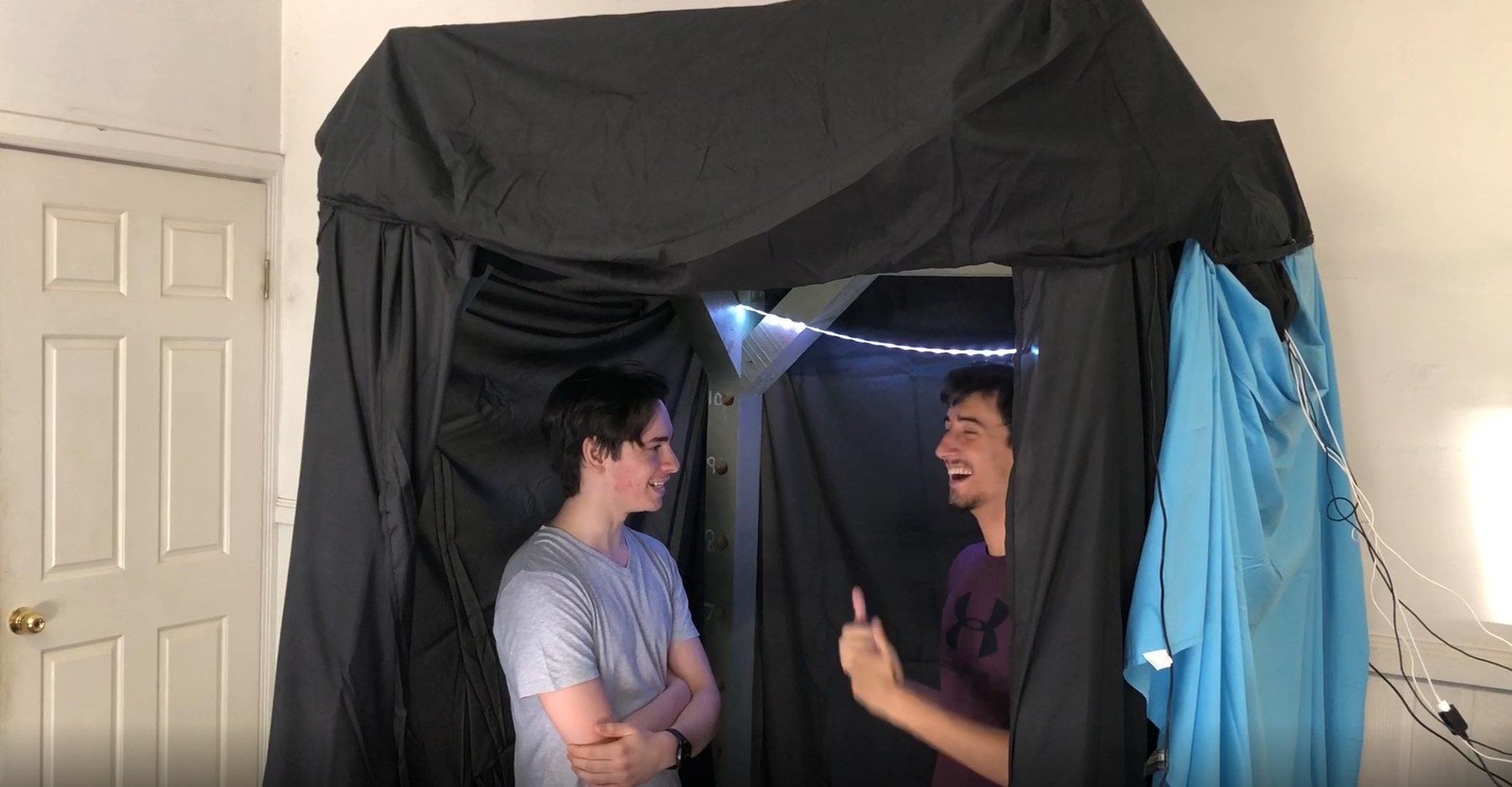 After filming the interaction. I spliced together all the current filming I had done in Sony Vegas 15 as this is the video editing software that I’m used to (may or may not have learned to edit videos through youtube videos of me and my friends playing videogames when I was younger...). Below is a snippet of the mess that sony vegas looks like. 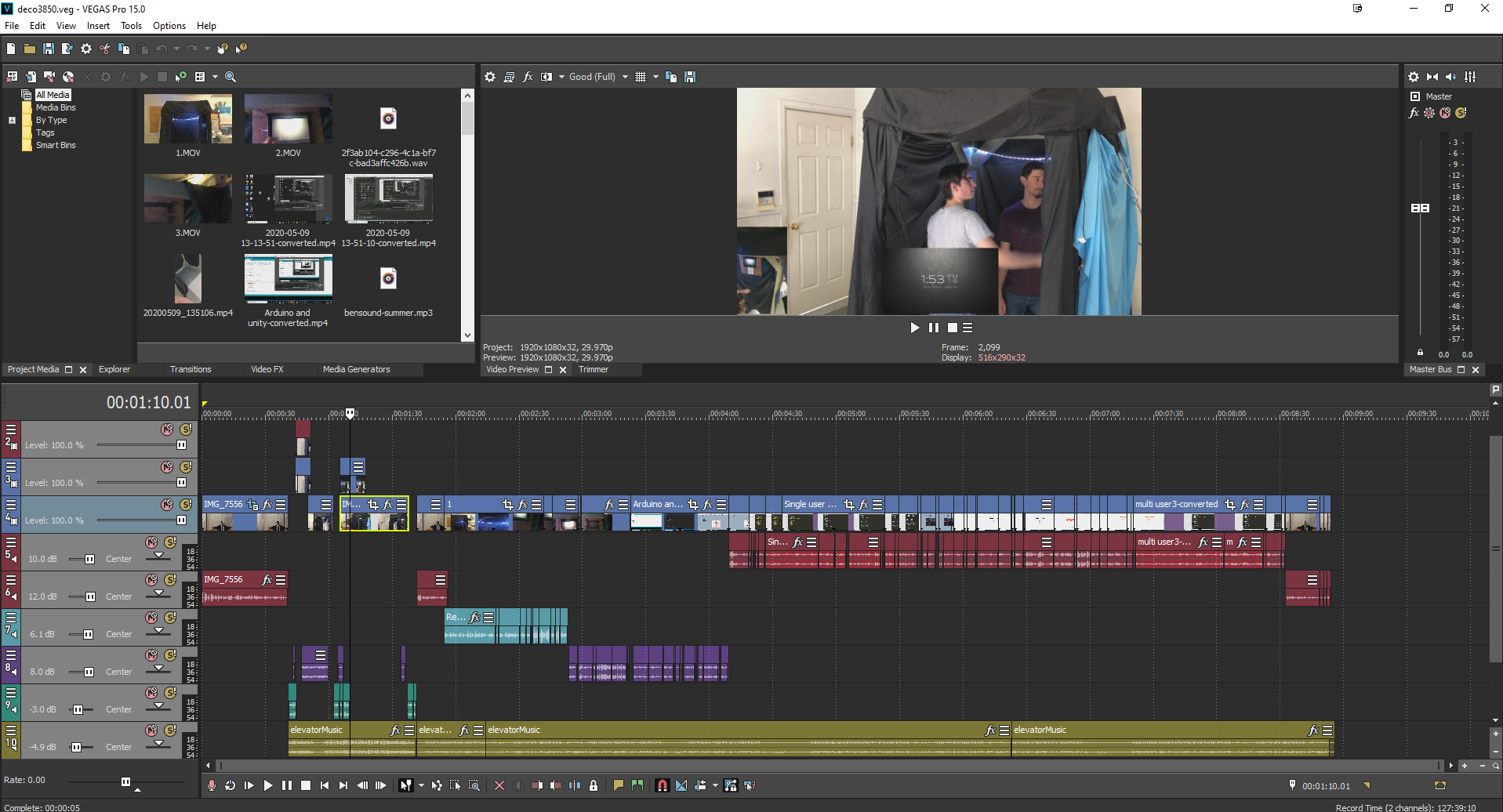 Through editing, I realised that I struggled to place together different clips as there was no linking, so I decided to make a character that introduces and links the concepts together. 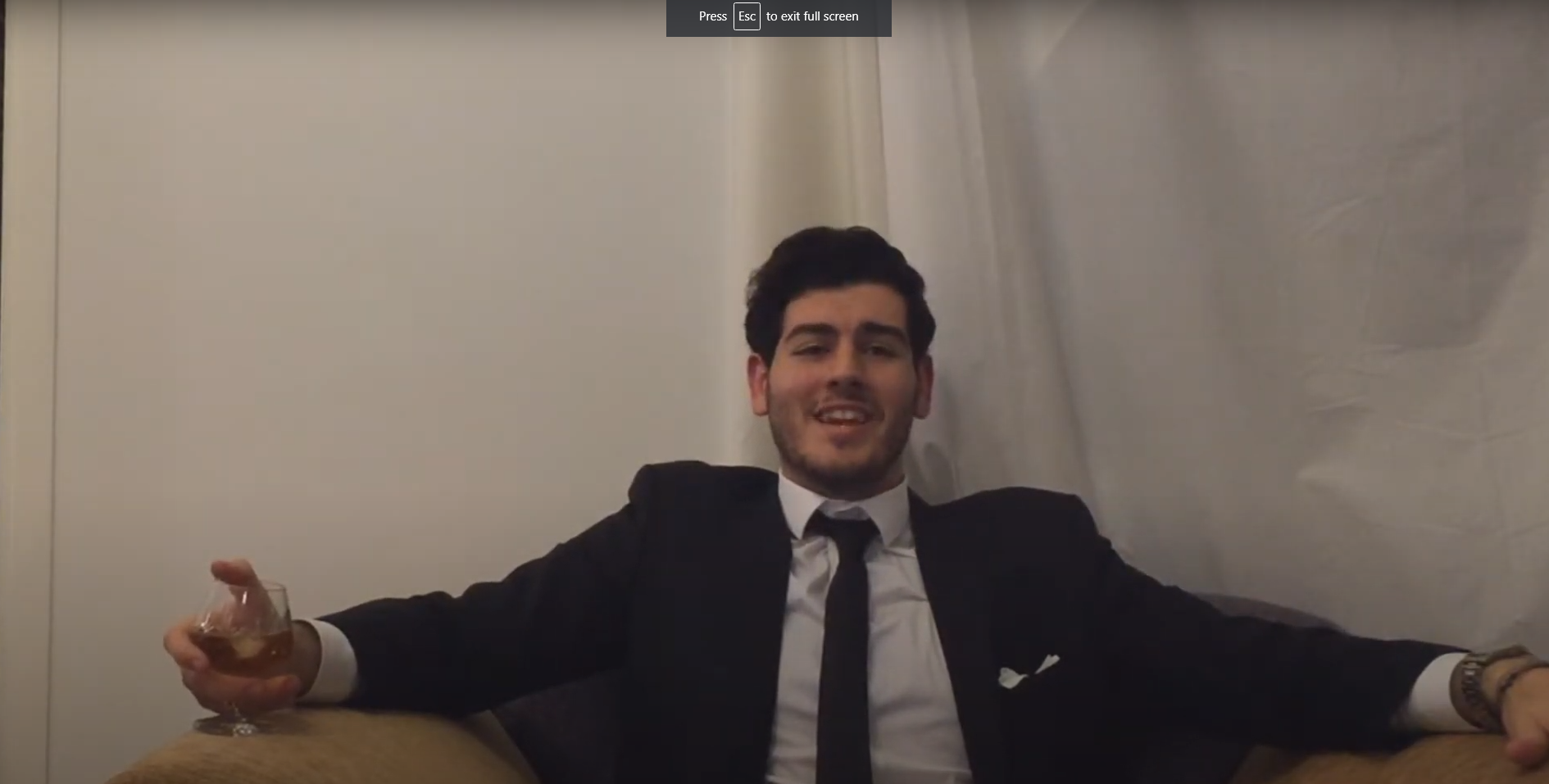 After filming this by myself I then stuck into Sony Vegas and edited it all together. This then completed the video. After watching it a few times and fixing some audio issues I then rendered the video which can be seen below.

That completes the intense week of week 9.

Compared to week 9, week 10 was very much relaxed. This just included my team and myself reviewing other videos and documentation and commenting on them. We did this by watching the videos as a group and creating dot points within a collaborative document (so we would not re-iterate points already made) then read their document. Then we would move onto the next video. If we wanted, we would re-watch the video to find more points to add. After we went through all the videos, we took a big break, as watching all those videos can be very draining (don’t know how tutors do it). After the break, we came together and separated the videos with each other and created paragraphs with the dot points made.

Sadly, I did sleep through the Thursday practical as my sleep has schedule has never been worse due to COVID-19. So, I aim to work on my prototype to make up for that.

In the following weeks, I aim to get the multiuser interaction working where the user is able to speak words and it automatically gets stored within an array and is able to compare with the actual charades words without the need of interacting with the screen.