I have done more researches towards the benefits of how practicing cognitive can help in the children’s adult life in terms of concentration and memory skills. Research has shown that working memory capacity, which is the ability to keep information a short period of time for cognitive processing, is one of the strongest predicts of future achievements in mathematics and reading. Furthermore, the consequences of low level physical activities are also investigated. It is shown that children having less motor movement results in low self esteem which leads to negative behaviours and psychological conditions.

For the prototype, I have determined the technology and how the prototype will be. I will be developing a system where the children can practice their cognitive skills in a series of games. There were three games where each of them are aiming to develop one cognitive skill. The below image is the interaction process, as it clearly shows how the users interact with the system and the responses the users will received. 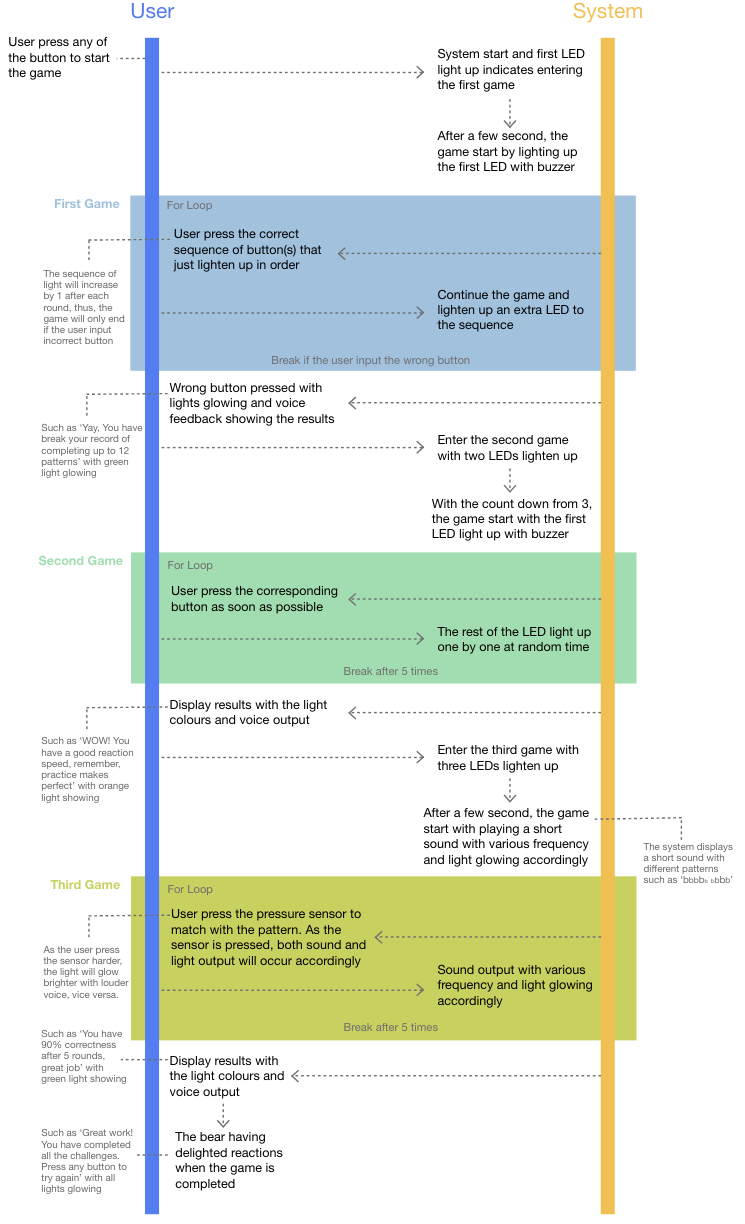 My last-minute tasks were to finish up my prototype and report and start recording the video. I have already looked into some existing examples and have tried out some about the LED patterns and how to link between LEDs and buttons. Once my report and the prototype are finalised, I can start recording and editing my video.

My major concern was that I do not have enough time to complete the prototype to what I have expected it should be. I have a relatively tight timeframe, because of the changing concept based on the interview and the research outcome, parts of my report have to revise and the research towards the technology needs to be redone.