Week 9 was largely spent working on my prototype and prototype demonstration. I focused my time over this week on getting the main concept polished rather than adding auxiliary features. This was done as I thought feedback focused around the main concept would be much more beneficial to me. Once I was happy with the latest iteration of my prototype, I started working on both the video and prototype document. As a team we compiled a list of questions that were used to interview members from target audience and these interviews were recorded. I also did a separate interview focusing specifically on my branch project as an attempt to refine my conceptual model. There were two notable conclusions that were taken away from the interviews. Firstly, the students will try to put the incorrect rubbish in each of the bins and secondly, the idea to make a competition between each of the classes with a prize given to the ‘greenest’ classroom will greatly entice the student to interact with the device. 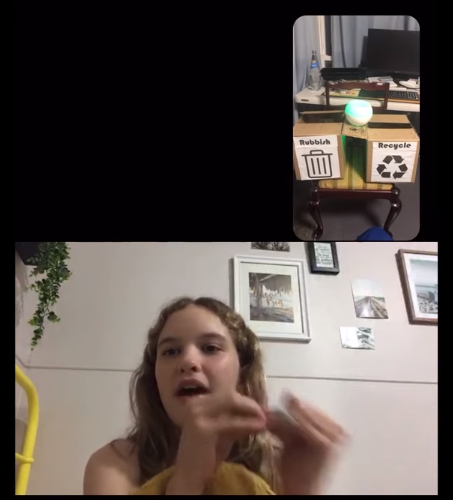 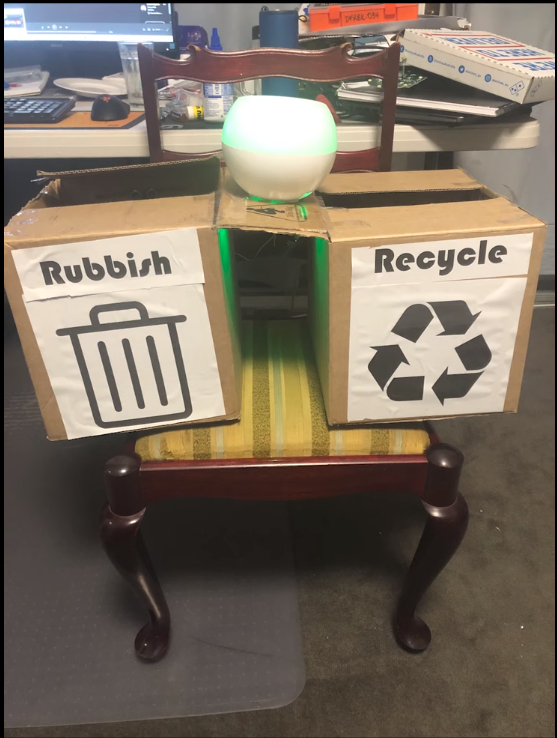