In the Tuesday class I report back one of my concerns being whether I had tested the solution enough, and I got an input to try to use the appraisal and the video itself as a user test. I will definitely do this and design my video prototype with that in mind.

Recording video for the group

After this class, I tried recording a video of a shake. I tried doing it Monday and asked my roommate to film me. The prototype wasn't working as expected and it ended up taking longer than expected, and when I later found out that he was not using the angle I asked for I didn't want to ask him again. I ended up using the webcamera I borrowed from Uni instead and filmed myself. BUT, it still wasn't working properly!

I spent I think around an hour trying to make it work. After a lot of back and forth trying to tape it and all, I realised that one of the cables connected to the NeoPixel strip had fallen off. Luckily I had another version available, but I had to change the code to fit a different number of LEDs. Then, I realised the lights turned off whenever the battery was flipped. I had described it as "patchy" earlier, and this was probably because the connection to the battery was bad. Luckily, again, I had another battery lying around for the Photon, and things seemed to work when I used that.

A third issue was that the shake detection seemed to be a lot worse once I disconnected the cable from the computer. The lights were now lighting up, a bit weaker than with the computer though, but every time I tried filming it, the shake wouldn't work. When I plugged in the accelerometer values were just 0, and nothing else than taking the cable in and out seemed to fix it. In the end, the solution seemed to be to insert battery AFTER cable was removed, so that the values wouldn't null out themselves or something similar. 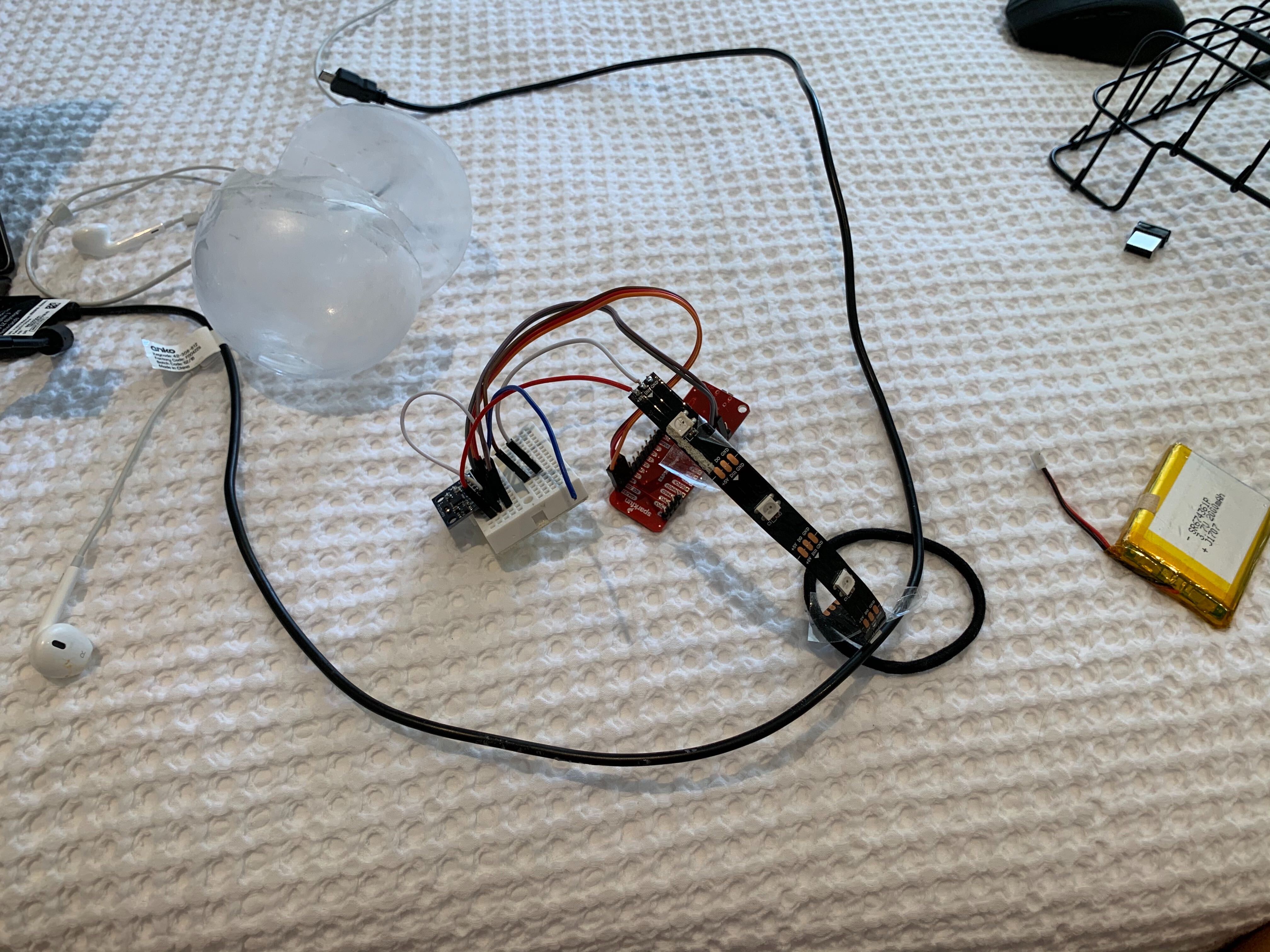 Working with the report and video

Tuesday and Wednesday was spent working with the document and the video for the deliverable. I find it hard to know what the task is looking for and what is enough. I've tried asking Alison about it, but no answer yet so I can't progress more than that. I am also unsure about the objectives, what format they should be in, how specific etc. ("tap functionality should be done by 1st of June or an appropriate functionality to solve specific issue should be completed).

I've started planning the video too, which is progressing good. Hopefully it won't take too long to make! 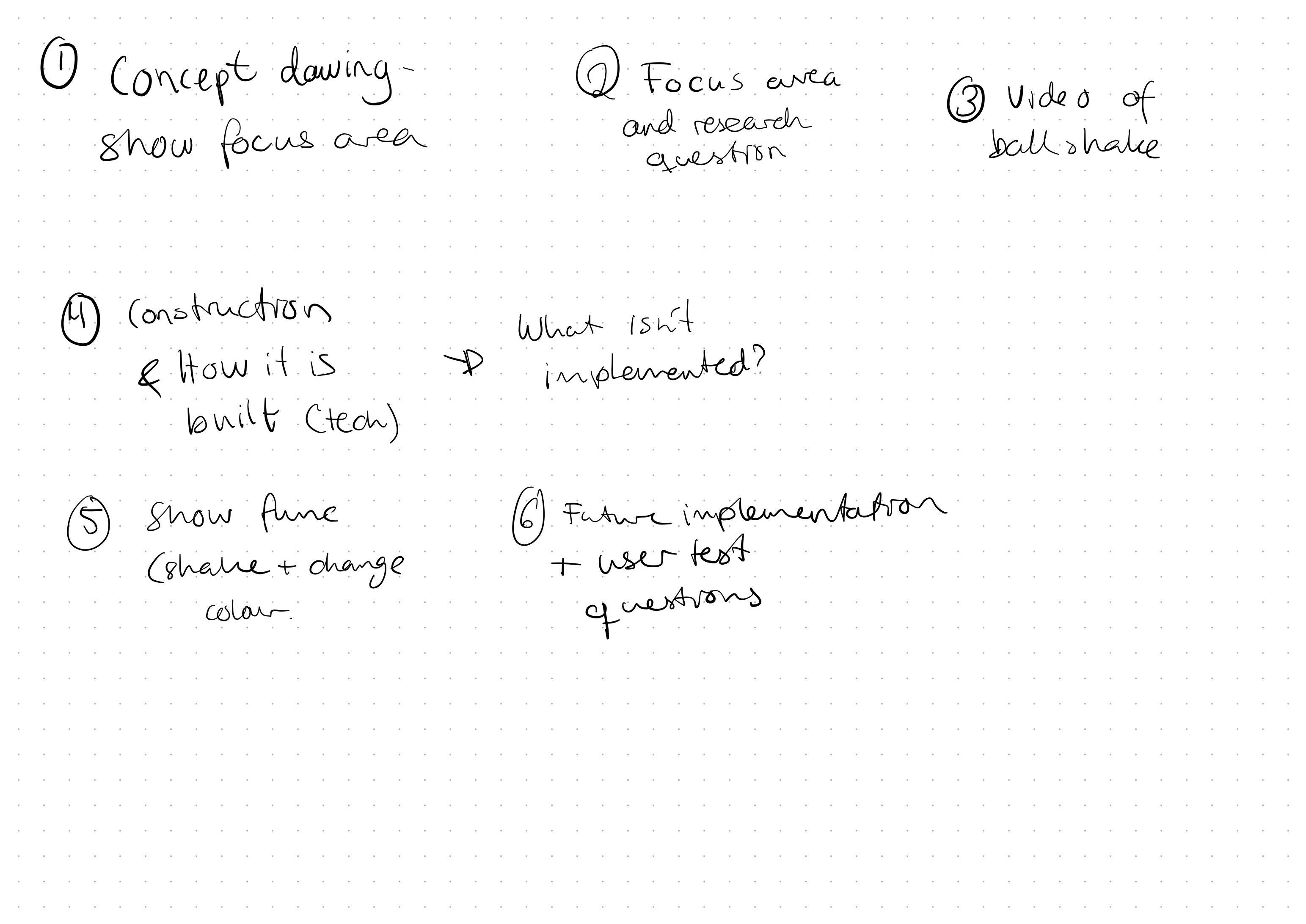