The card ideation method was a new and exciting approach to me. Our table came up with some fun ideas, although most of them were toilet-related due to the cards we drew.

However, I feel our creativity was limited by having to stick with the first cards until they had been exhausted. This issue became especially apparent when we were supposed to do the same task individually, where most of us had one or two weird words that didn't make sense in that context or cards that had words that didn't make much sense at all. Even though I am fond of ideation methods, I've noticed that in most subjects this far, we have not used any ideas after we came up with them. I believe this is for the simple reason that they are either not captivating enough as a concept or not feasible, making the ideation process somewhat wasteful. I'm hoping that this will not be the case for this subject.

In the end, we did decide to present the idea of a mechanical plant that would die as you are wasteful with water in your home; A simple but intriguing concept. This concept came to be when we ideated on the sentence "Design for enlighten in a bathroom using ridged with quality of detached". The idea is enlightening due to how it visually represents your water consumption with a familiar, easy to grasp metaphor, that of a plant dying, which equals bad. Although the plant isn't required to be in a bathroom, this is where the idea originated. The mechanical aspect of the plant came from the ridged requirement, and the plant itself can be picked up and moved around, hence fulfilling the detached requirement. We did continue to ideate on the concept with a new card reading semi-trailer instead of a bathroom, as we felt like we wanted to ideate something else than bathroom ideas, but eventually, after voting, ended up presenting the original idea to the class.

All images can be viewed here if not shown below. 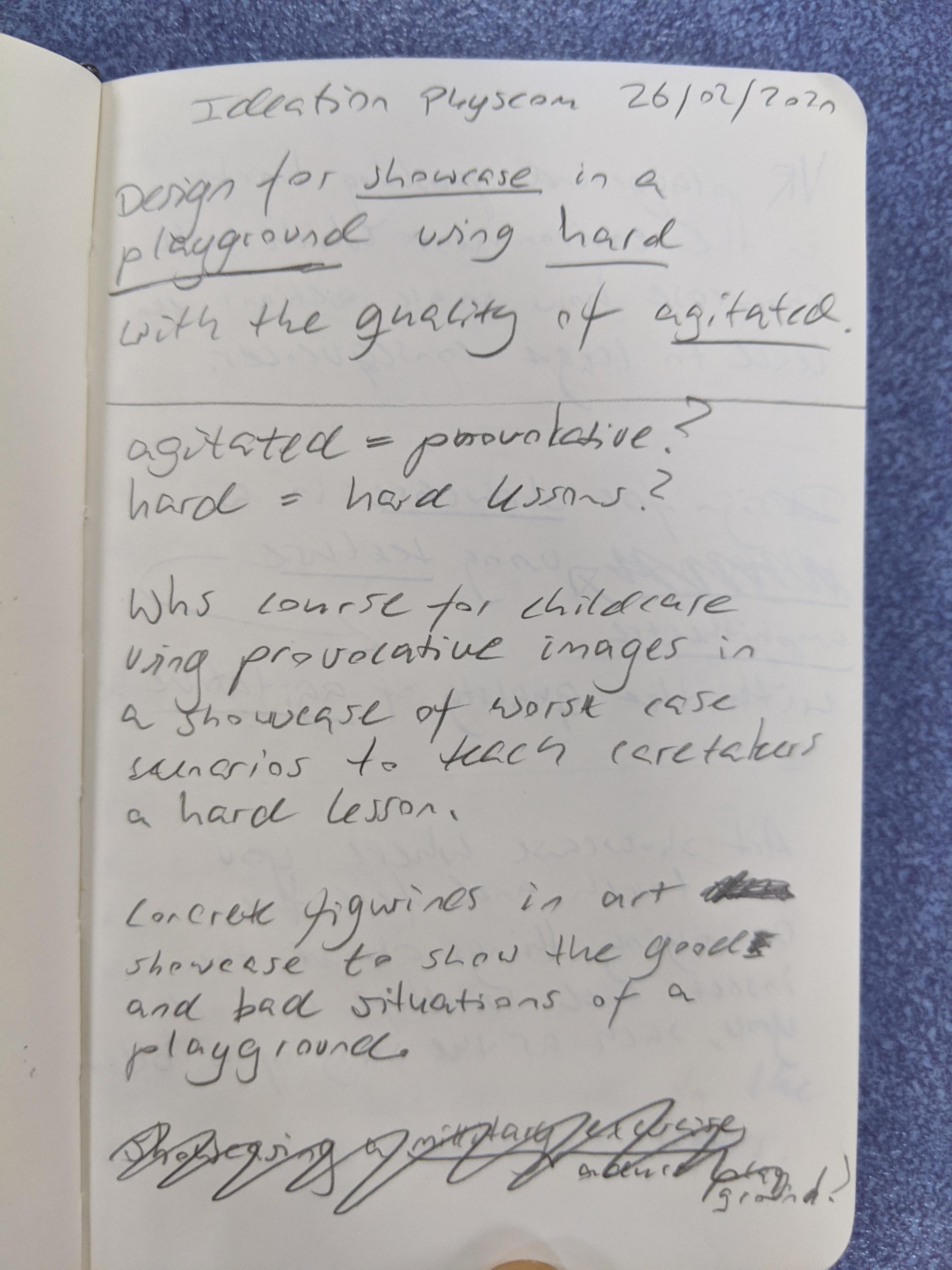 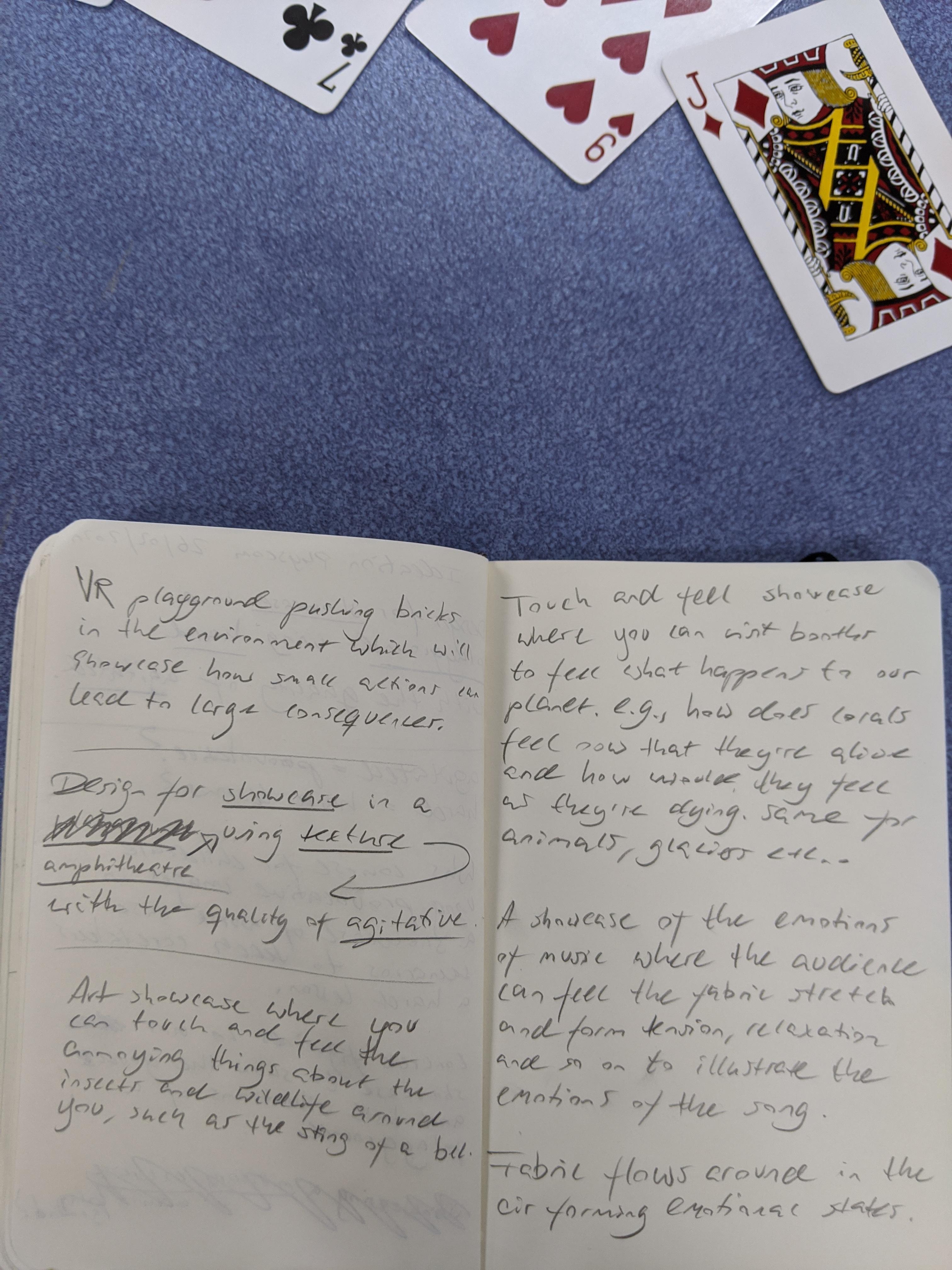 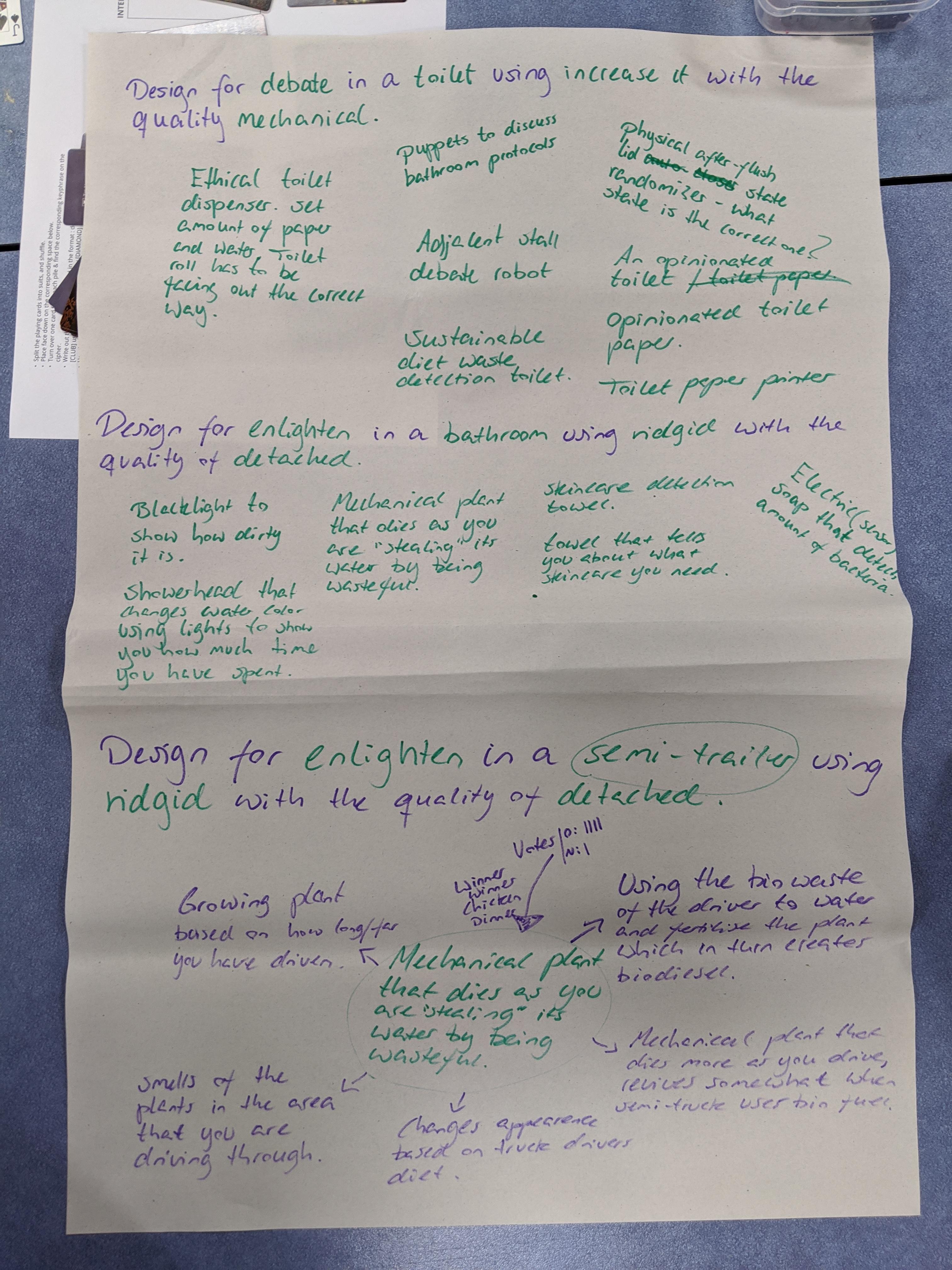