The topic I was distributed was enhanced mundane space. We introduced each other and made the team agreement. 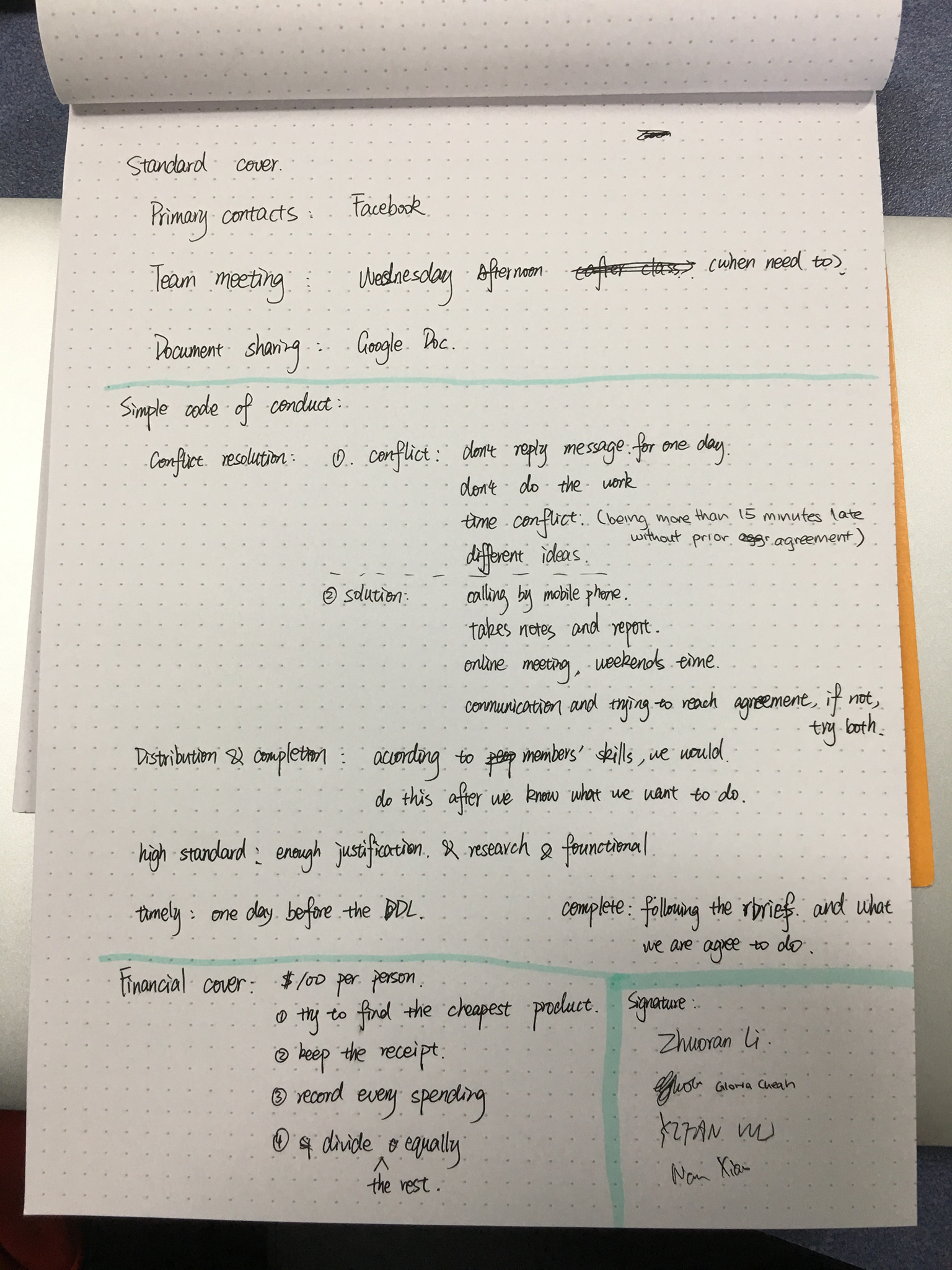 We planed to discuss ideas no later than Saturday. We generate about five ideas at first. The first one is a physical mailbox that can connect to the phone. It can check the email and accept e-mails by vomiting out the real mail. It also contains facial recognition which is used for sharing between different people.

The second one is a backpack that can show reminders on the surface. It is designed for reminding people to take things in a physical way.

The third one is a diffuser. It is like dumping and can be used in the office. It can bring happiness and relaxation when they work busily. When the user receives an email, the diffuser spread the smell of essential oil. The user will realize that they have received an email by smelling the smell. Different kinds of smell represent different kinds of e-mail. It looks like a dumpling because the dumpling can be steamed to eat. People can connect it with steam by this aspect.

The fourth one is an altered reality headset with a knife. It is like the improved version of the game I mentioned in the last journal (Zatoichi). It can sense the chop sense and sense the state of the monster by the feeling of cut.

The last one is an indoor pong game. It aims to provide happiness for people when they do boring housework, let people feel the warmth of family and encourage them to share the housework. The general form of the game is conveying ball. The ball is virtual and can be passed between two people by sending the signal produced by the movement of "rackets". The "rackets" could be a vacuum, the mop, the broom and anything else which could be the tool in housework.

We determine to choose between the dumpling steamer and the indoor pong game. The backpack reminder is really hard to add meaningful interaction, so we dropped it.

About the dumpling steamer, we get some ideas from Lorna that it can be optimized by adding different kinds of smell depends on different people. But I think multiple smells could not be quite useful for people like me who don't have a good sense of smell. In addition, constrained by the steamer itself, its interaction methods are relatively limited.

For me, I think the indoor pong game is really interesting and has enough interaction. However, it can be a little bit difficult to achieve. I think the difficulty is not in the installation, but in the programming. How to resolve conflicts between different actions is a point that is worth discussing.

The principle of the motivation of the ball. 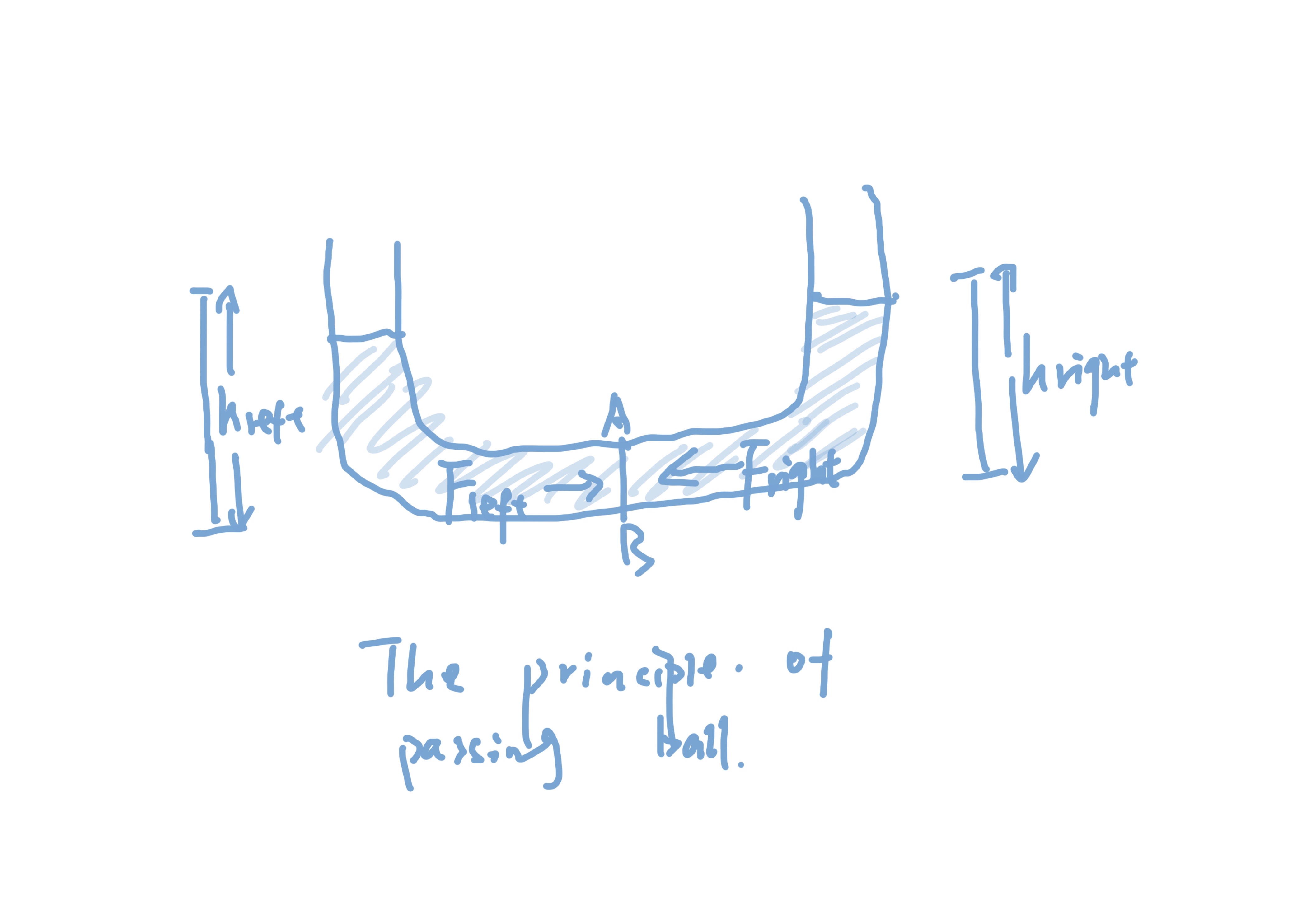 The general model of the whole game. 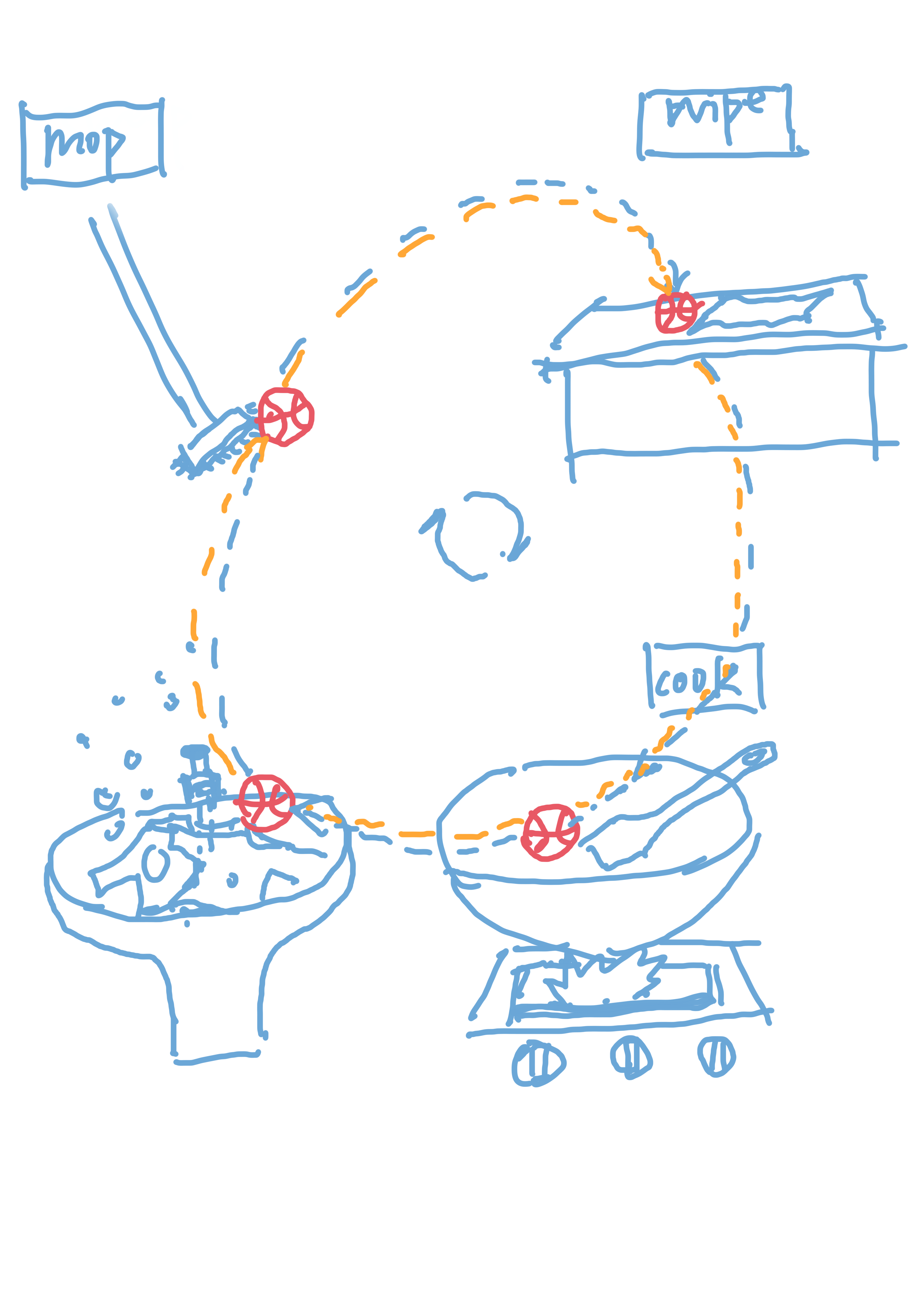 I generate the idea that when people chopped vegetables/meat,

A three-dimensional projection will appear. This is a game that turns boring chopped vegetables into games and aims to change people's impatience with chopped vegetables. This inspiration comes from the secure knife in the enhanced mundane space. In detail, when people cut something that cut easily, it will generate a little monster. Every time you cut it; its blood strip will drop a section. When people cut vegetables in a limited time, the monster will be killed. When people cut something that cut hardly, it will generate a boss.

However, due to the fact that people need to focus when cut things and this interaction could not change the boredom of cooking itself. Therefore, this idea was dropped.