Reflection of the previous work

Last week, we finally determined to adopt AR rather than a combination of AR and Arduino. This decision was approved by our teammate and tutors. Due to the fact that it would be not convenient to hold the mobile phone when doing housework, we accept the idea that put the mobile phone into the google cardboard so that players can free both of their hands when they doing the housework. We have bought two google cardboards and it is on delivery. The experience of the game would be better than before if players wear them.

During this week, we have got some feedback from the interviewees previously. The feedback is composed of the questionnaire, interview, and the probe.

From figure 2 in the questionnaire, we can see that more than half of the interviewees need to distribute most of their attention when they cook. Therefore, it can infer that people will not have time to play games when they are cooking. This part would be deleted and the final housework tasks are mopping, sweeping, and washing clothes.

It also shows that most people choose level 3 attention when they do the housework, therefore, the game set when doing the housework should not be too complicated.

From figure 4, we can see that most people like listening to music when doing housework. We should meet the preference of the majority, so we need to make the sound effects a little more exciting.

From figur 7, we can see that most people feel that the visual effect is also an importatnt part of the game, so we decide to combine it with sound effect. Different sound effects correspond to different visual effects. For example, in low difficulty, the sound is longer and the virtual ball stays longer; in high difficulty, the sound is more rapid and the virtual ball stays shorter. 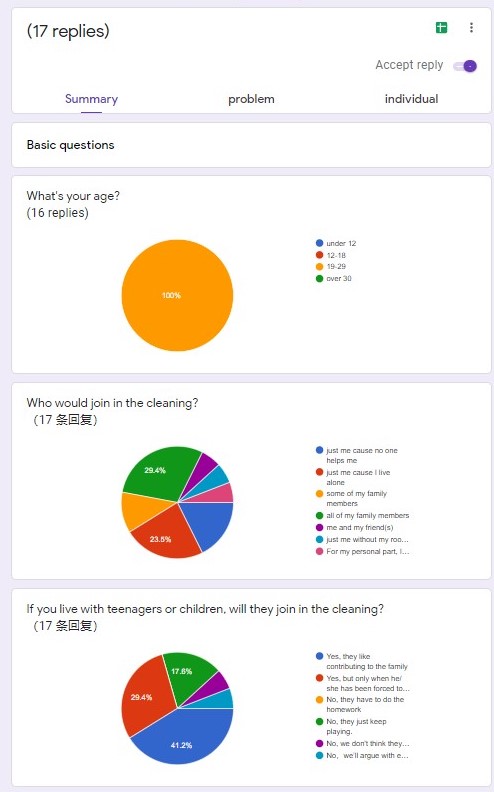 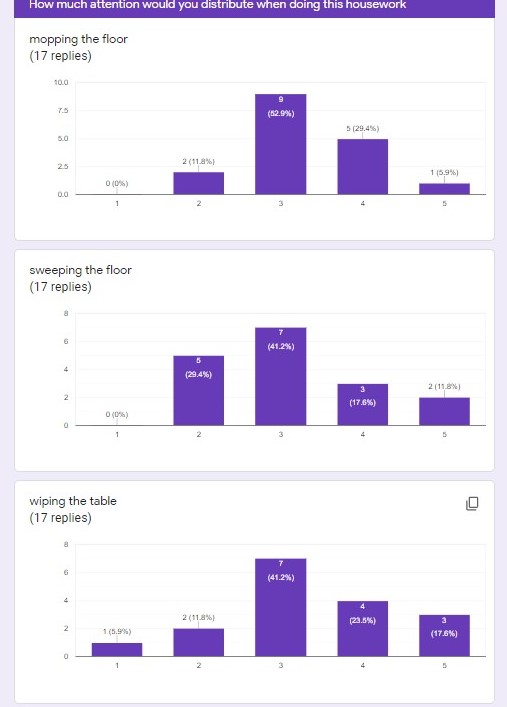 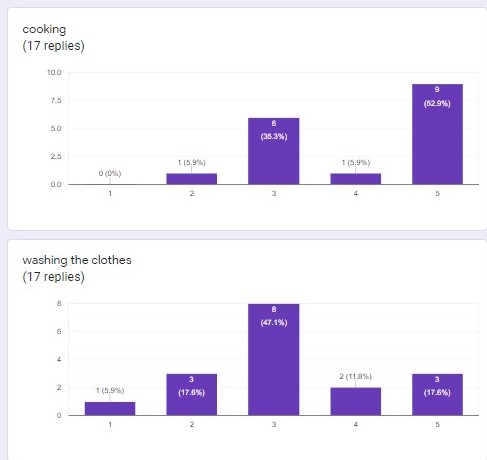 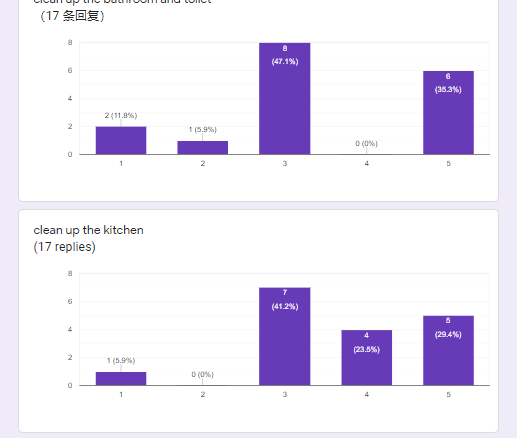 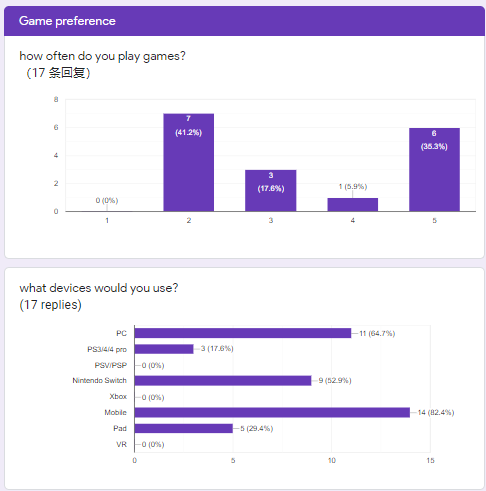 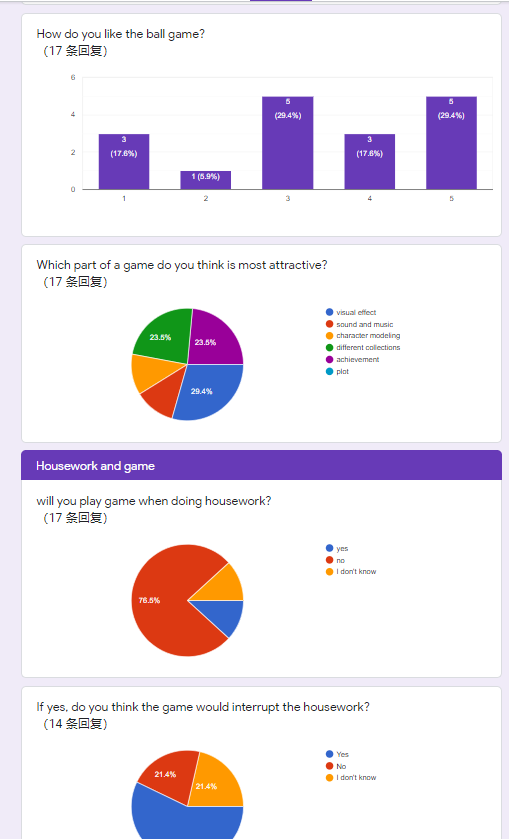 We interviewed two groups of families. One group is the family consisted of four people, another one is the couple. We choose these two groups because they could have a strong contrast. This would be helpful for us to understand the changes caused by the number of people involved in housework.

Related records will be uploaded after sorting.

We accept the form of a table to implement a probe. The interviewees would fill in the form in a short time every day. As shown on the table, it will record the emotion, event, and the situation of doing housework. The feedback on this part has not got entirely. But the family which is consisted of four people seems to do more housework than the couple. 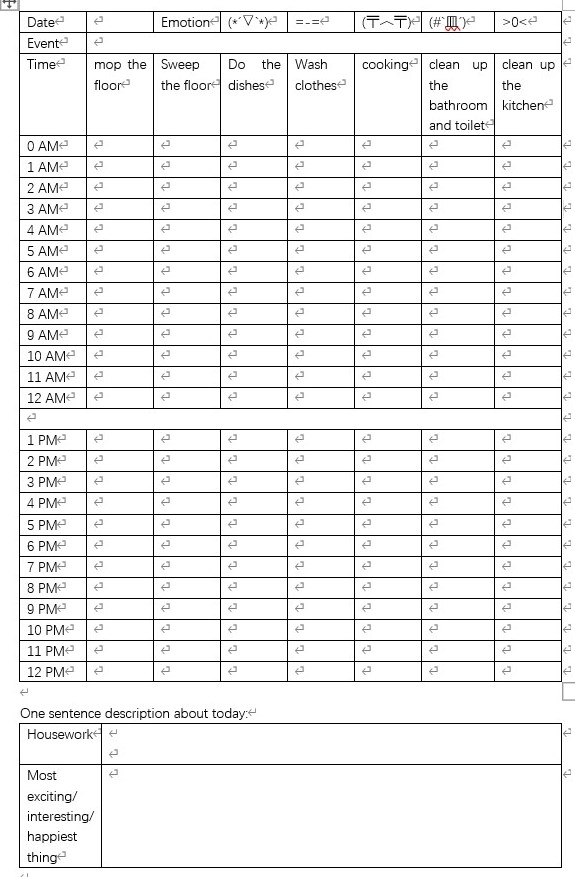 Due to the fact that I used Arduino before and have not learned how to do AR games， I'm still learned how to build the game in Unity. The codes of the game will be uploaded afterward.