By Tuesday, we had all delivered our prototype documents and uploaded the videos. I did most of my video and document last week but made some last changes on Monday. Given that our team chose to build separate parts of the same concept, as explained in previous posts, we also found it most useful to create a team-based video and include that in our videos. Looking at the finished video, I believe it turned out quite good and that we did well in creating the team-based video. Everything revolving the video and document took much longer than I expected, so for the last couple of weeks, I have focused more on PhysComp than my thesis.

From Tuesday and out, we focused solely on writing our feedback to the other teams, responding to the few questions we got and starting to look over the feedback we received. After meeting up for the studio on Tuesday, we all gathered and started to write out feedback. First, we tried to have one person share their screen and watch the videos together like so, to be able to play and pause along the way to comment. However, we quickly found this ineffective and started to watch the videos on our own and then meet up between videos to read the documents, discuss them and come up with rough bullet points with feedback. For the first group, we started to write summaries of our bullet points before going to the next person's video. For the second team, we just wrote down bullet points from the video and documents, discussed them to come up with more and then moved on. Before starting on the third group some members of the team wanted a break, and some wanted to go on. After discussing for a bit, we came up with an asynchronous solution where two of us, Thomas and I, continued to the last group straight away and the two others to come back and do their review of the last group later. Moreover, Thomas and I were to summarise the comments for the second group as everyone had already written their comments for them and then Tuva and Marie could summarise the third group when they reviewed them later that day. In my opinion, this solution worked much better and was more effective. We decided to go through all summaries after Thursday's workshop, before commenting on Miro.

For the rest of the week, I had to focus on my master thesis given that I had focused on PhysComp for a long time and had to pick up the slack on the thesis. Besides the feedback, this week was quite uneventful.

For this week I have been focused on creating the individual and team video in addition to writing the prototype document for delivery.

In Tuesday's session, we had our regular Stand-up. As with most weeks, there's not much to say about the stand-up. We talk about where we were at with our prototype, what we had recently achieved, last-minute tasks and concerns. I had in the previous week finalised my prototype and started to conduct user research. I've noticed that it's rather difficult to get testers these days as both Thomas and I combined have only been able to recruit a few. My guess is that people do have a lot going on these days. As for week 9, it was mostly going to be spent working on the submission itself and I didn't really have any concerns around the delivery.

After the studio, we had a short team meeting to discuss who was going to work on what parts for the team-based sections of the assessment. Thomas and I were to create a script for the team-based video and for the interaction plan whereas Tuva was going to record a voice-over and draw the interaction plan. We decided that Marie could put the video together once all elements were in place.

The workshop was rather uneventful. Few people showed up and it took a long time before we got started. Once started there didn't seem to be a plan of content other than the tutors being available if we needed help. Given that I did not need any help I kept on working with my deliverables.

On Thursday we had a short meeting to discuss the interaction paradigm of our concept and then went on to work more on the deliverables.

Rest of the Week

By Friday Thomas and I had filmed some footage to put in our team-based video and handed that off to Marie for her to put it in the video. For the rest of the week, I mostly worked on my individual prototype document and video. This week was pretty straight forward. The most confusing and difficult part was to analyse and understand what we actually were meant to have in the video and supporting document as descriptions were a bit vague and abstract, resulting in a lot of back and forth to get it right. As for my own video, I had to redo a couple of video clips as I found out I had filmed it in the wrong orientation and then later found out I had to few clips to fill out the movie. So, I decided to shoot some filler clips.

Lastly, I took Sunday off just to have a breather as I've been struggling with a severe lack of motivation lately. 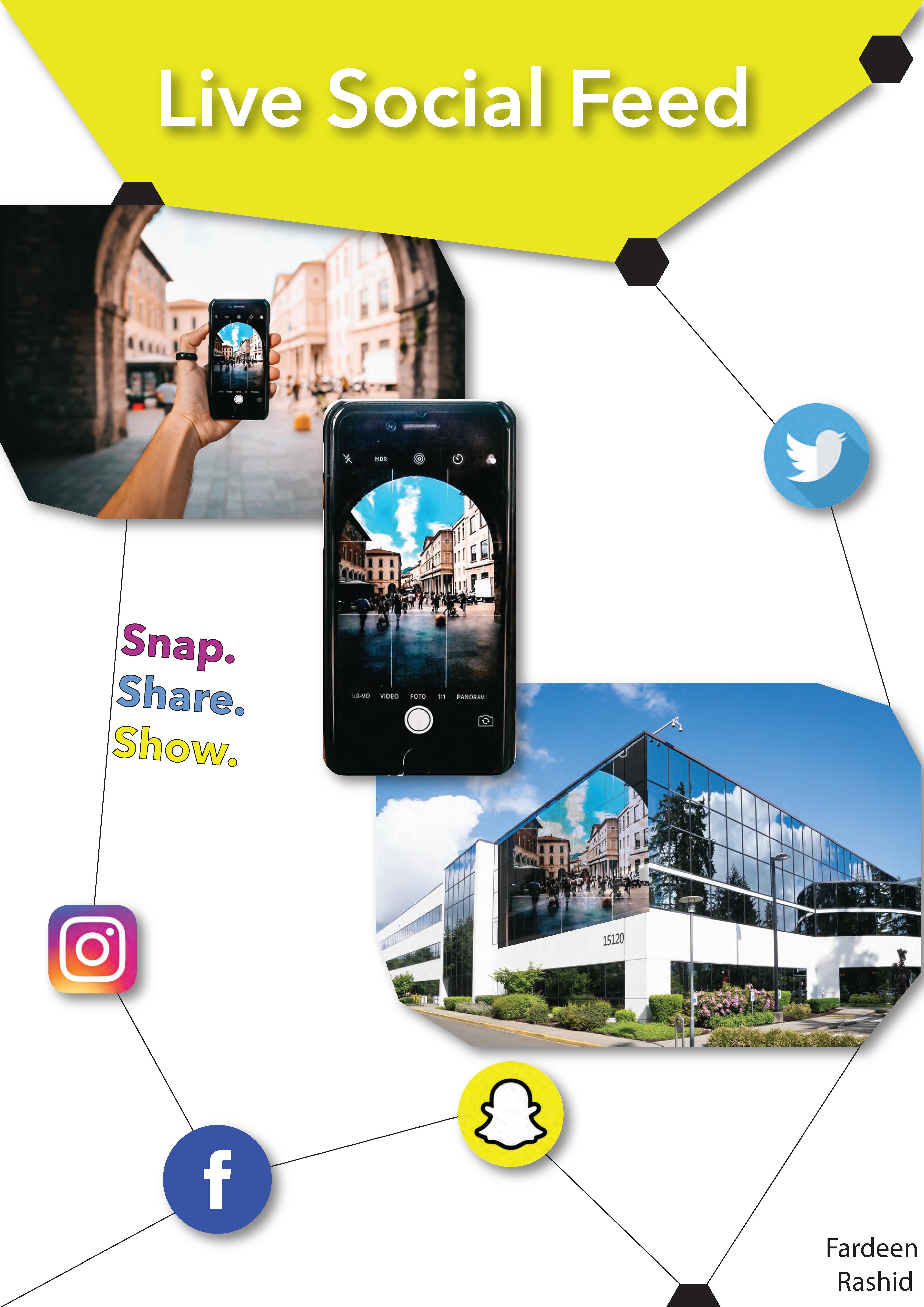 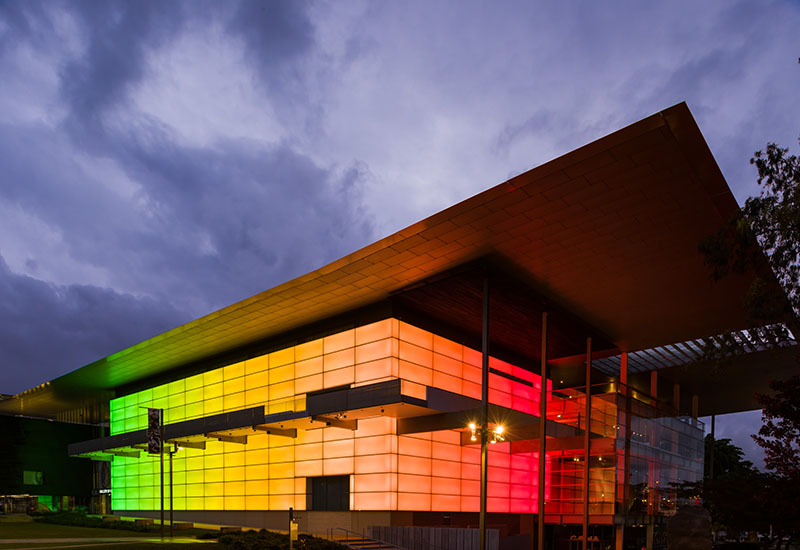 My idea was inspired by the GOMA light wall and the Westfield Garden City Projectors on the side of the shopping mall. In this concept, the user/s will take photos of a given set location and they will post that online, out of all the photos that are taken by everyone on that location, some of the best photos will be displayed against a nearby building.

The software will keep refreshing and updating the current photos every 30-40 seconds. If no posts are made it will rotate from previous posts. This system can take inputs from many different social media platforms ie. Facebook, Instagram, Snapchat, Twitter.

This is a great way to provide exposure to local creators and help them grow. Also provide the general public with a new public platform to experience local art and talents, or even share their own.

This concept is aimed towards local artists. Whilst still focusing on the general public, however, this system will cater to the artists more.

The solution doesn't map well to the problem described. You talk about artists in the problem but anyone/everyone can post photos? From what I gather the interactions are happening from a mobile - what does this offer in terms of novelty or physicality?