We had an online team meeting Sunday evening, and went over all our ideas and refined them to a clearer concept. It was a bit unsettling to then get an email cancelling all classes this week, and making our preparation time uncertain. We decided to proceed as though we would be presenting on Tuesday as planned, just in case, but it was definitely a confusing time.

We met in person on Monday morning, and even though we were prepared to get the presentation ready for the next day, it was certainly a bit of a relief to get an extra week. We definitely hope to produce a higher quality presentation now that we have extra time to work on it. During our Monday meeting we managed to all get on the same page with our concept moving forward, as even though we were communicating through text and voice calls, it's definitely easier to sort things out in person. We decided to focus our project on objects that are mostly large and flat, purely from a feasibility standpoint, as we assumed our concept would be much more difficult to implement on a smaller object. We also shared out our different roles in preparing for the presentation, and set up another meeting for Friday. 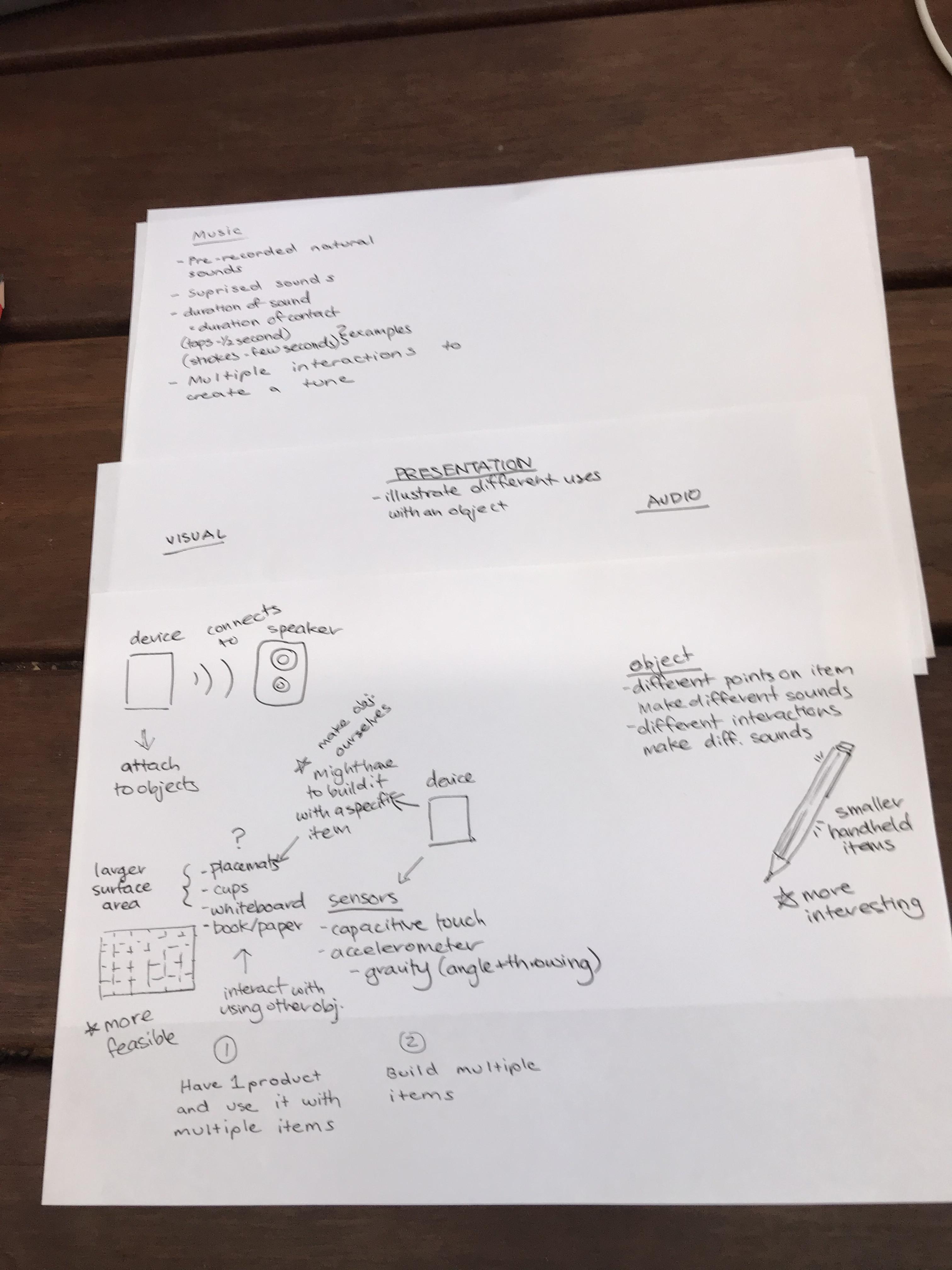 I was a bad team member at our Friday meeting, and slept in and was late. We opted for a Zoom meeting, and used screen sharing to finalise the script and storyboard the video. We decided on who would contribute to which parts of the video, and I was tasked with creating the object 'sounds', provide video for one of the example scenarios, and record voice-over for my part of the script. I felt really bad about being late for the meeting, so I've spent most of the last two days focusing on getting my parts done well ahead of time. 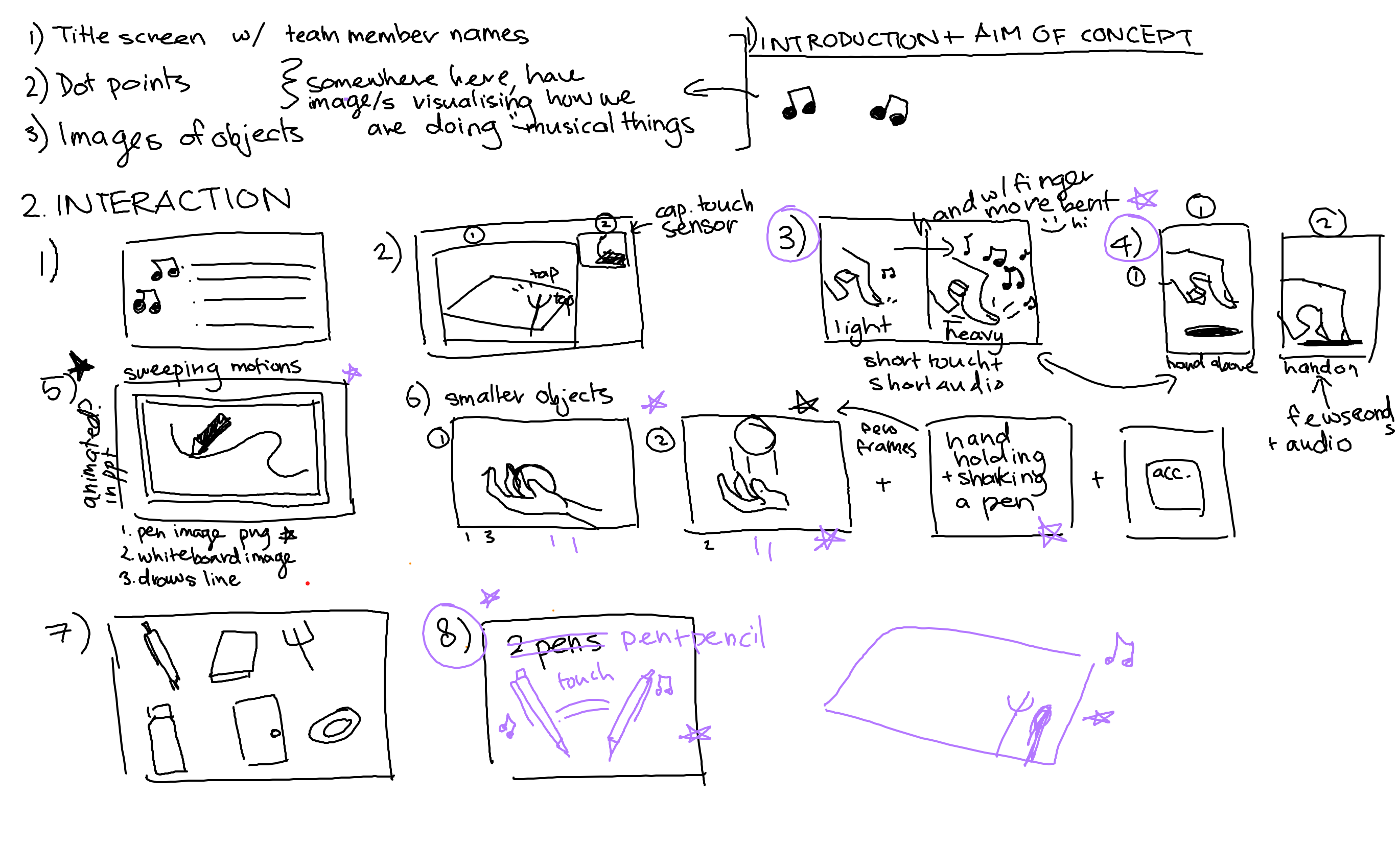 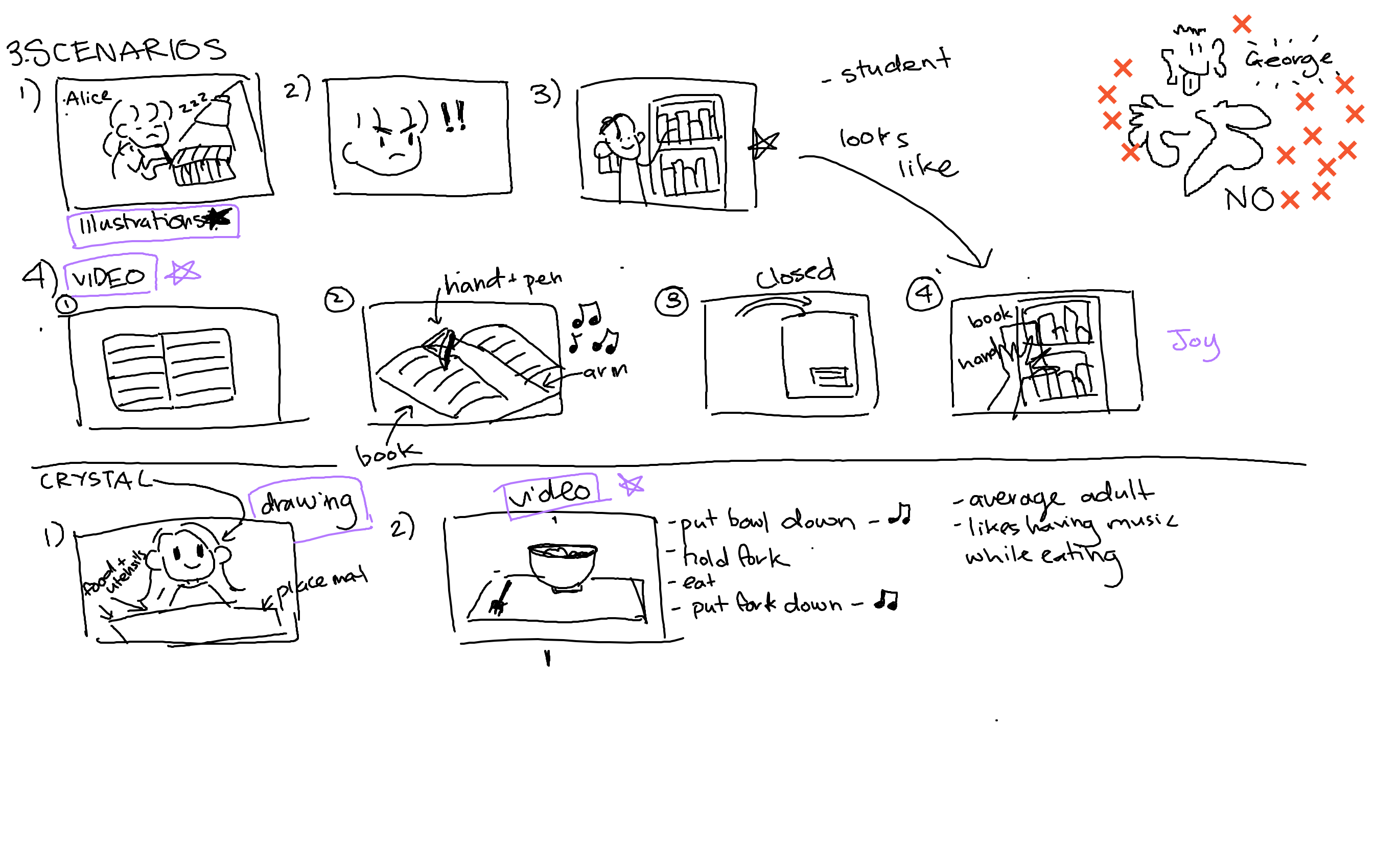 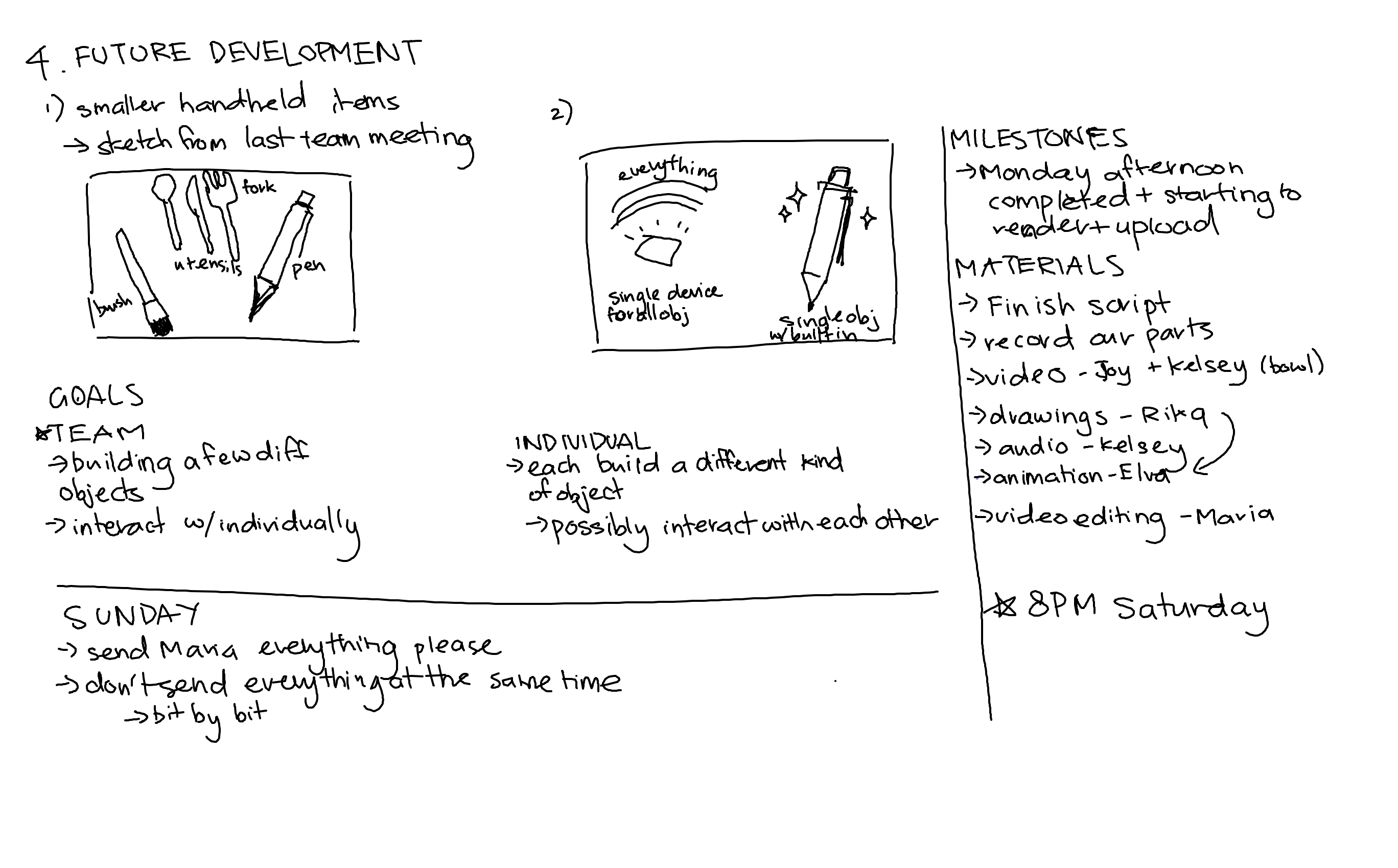 I'm a little nervous to see how the course will progress with the new online delivery and the alterations to assessment. I do want to try and stay with this course though, and maybe I'll be able to learn some new skills now that I won't be as reliant on my team for the project.