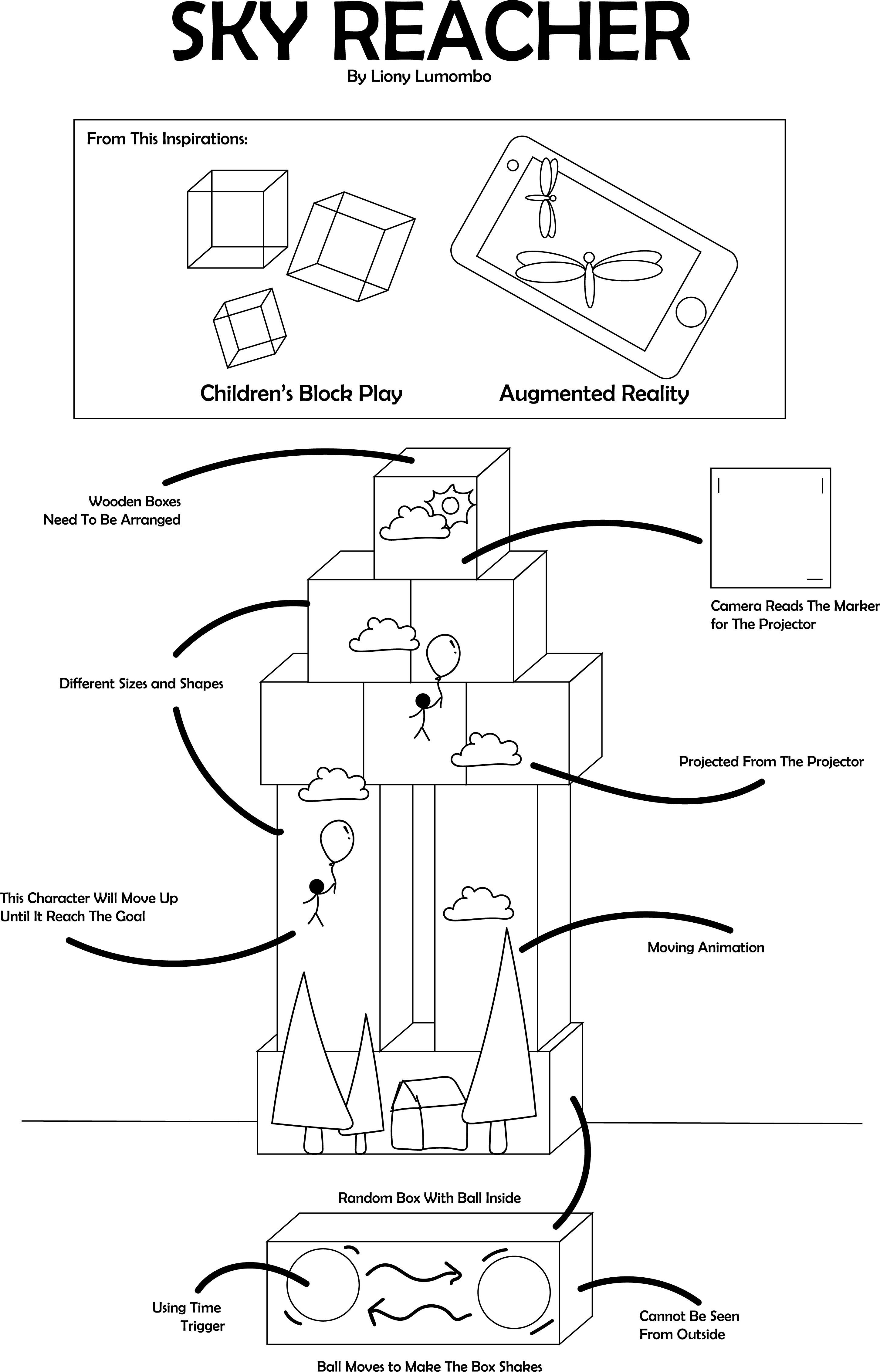 The more rapid development of technology, the development of children to use it also increases simultaneously. Children become addicted to smartphones and tablet devices to play, not to learn. And that makes parents worried. Some developers develop educational games to insert education while children play. Educational games are built on media with screens (smartphones, tablets, computers) and increase to Augmented Reality and Virtual Reality.

A large company, LEGO, followed this development. Although they make plastic bricks, recently they made AR support their products. Users can see animations or other forms of shapes they build using bricks. This idea is the main inspiration for Sky Reacher. It will integrate Bricks and AR into one product, not separate products.

However, in Sky Reacher, the form used is not bricks, but blocks. Blocks have basic shapes that are usually played by pre-school children. The advantage of this game is that it teaches problem-solving and imaginative. This game can be played alone or by the group.

The main feature of Sky Reacher is an animated game that can be seen directly on blocks without using a smartphone. So children can enjoy the game instantly without holding their device. The goal is made to motivate them to build the highest blocks possible. And challenges are inserted in a random time count on random blocks as well like the game in general, which has goals and challenges.

The process that occurs starts with the reading of markers on the blocks, then emits visual animation and games on the same block. Each block added, the visual will change. The essence of this product is a game that uses no screen at all but still has dynamic visuals.