Our team's name is Bee Bear Lions composing by our spirit animals. It is really exciting to have another chance to cooperate with my old squad - Owen, Solomon, and Liony. Credit to Owen, our chief visual designer, every team member has a cute symbol now.

During the contact section, our team conducted a brainstorming based on the theme - creative learning, so as to decide the learning goals and target audience for our design. Here is the organized set:

After team voting, we finally pick the coding education for teenagers. The game "7 billion humans" inspires us on how to make the script into physical and gave us the initial idea. The game is actually digital but the mechanism of playing is interesting. The player places the command box in a certain order and the character in the game will execute the instruction as the precise order. The game helps people to learn the coding logic and simple functional commands like if and while, rather than teaching a particular coding language. 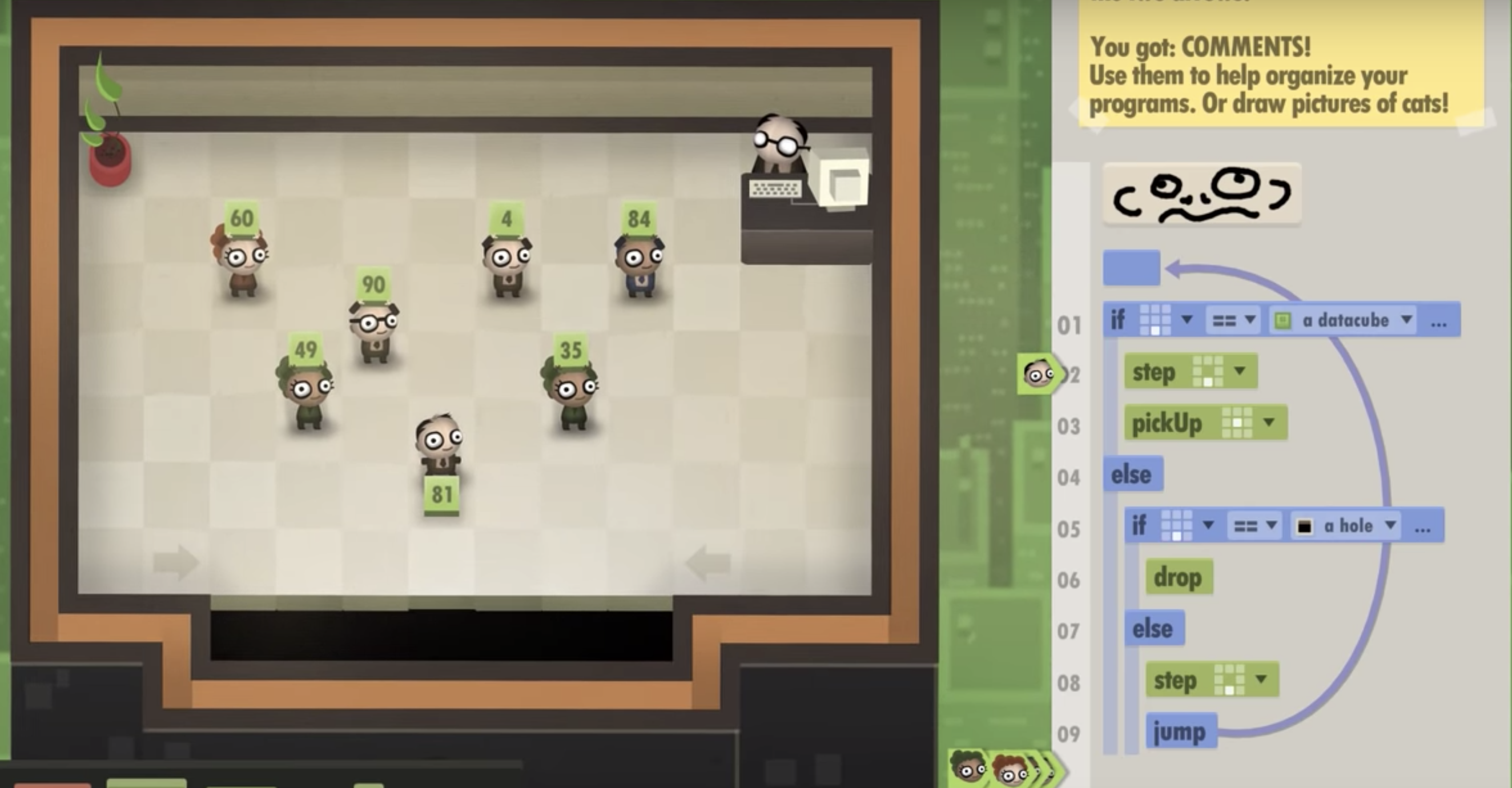 Therefore, if we can make those commands into the physical cube and using a camera to recognize them with a certain order, users also can manipulate a character with scripts. That is a raw concept, so we need to drop more details into it. Liony gave us a hint, it is about a smart automated chessboard, which every chess can move by itself.

The technology can be applied to our design, after the system record all the script blocks, it can control the character(physical model) movement based on the order. In order to make the process more attractive, there are two versions of the idea. The first one is a puzzle game, using the script to help the character escapes from a maze. (Details will be presented at the proposal pitch) The second version is an adventure game, there are multiple ways for users to select and there may have enemies, traps and bouns weapon in the different paths. User all needs to operate is to measure the best way and compose the script blocks into right order to fulfill the plan. That aims to help newbies getting to understand the coding logic and commands.