This week, we are in the final project sprint. Solomon and I had three meetings to discuss the map, conducting user testing, and solid our system. In user testing, we refine our tutorial section, the robot will introduce more details about the system, like the function of each block, the usage of the map, and the rule of the interaction. Besides, in terms of the limited time, we use the material from our daily life to build and decorate the map. Here is our map below: 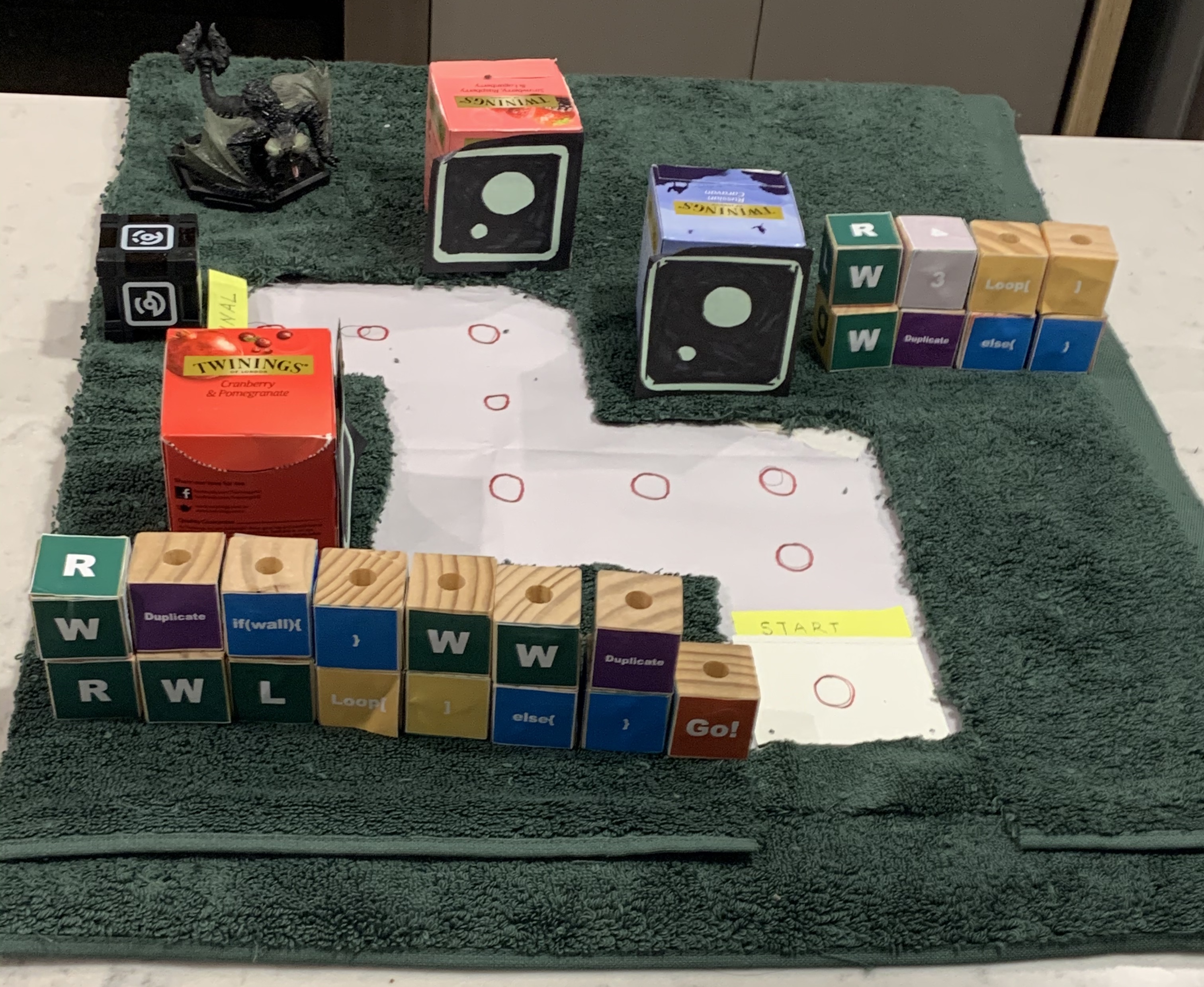 We only decorate this map, there is another map we draw on its back, it is designed for the people to seek for more challenges.

In the first meeting, we also fix the bug mentioned last week, which is wall detection by inserting a digital matrix map in the system. The digital map will record the current location of the robot and list all the moveable paths, thereby once the robot attempts to leave the main path, the system will focus the robot to raise the error warning. The images below are the map class and object (wall, road, and final target) setting.

There is another issue in the refining system section, in terms of the drawback of the camera capture(capture multiple images in a short period), it is hard to input two same commands in series because the list needs to remove duplicates. Therefore, we created a new code block called 'Duplicate' that enable users to duplicate the previous command, for example, when users want the robot to move forward three times, instead of using "W" three times, they should input "W", "Duplicate", "W".

Here is our need tutorial section: