Recently I have been trying to finish my physical form of Emily. I began creating a top hat out of black cardboard. I initially attempted to just cut strips out and go from there but very quickly found out that I might need to do a little more planning than that. I then began drawing (almost perfect) circles and a rectangle to hopefully fall in line. Whilst it was really hard to get the smaller circle to fit perfectly at the top of the folded rectangle, I managed to get it to a decent state. In hindsight, I should have attempted to draw a template where I can cut out the top and sides of the hat in one piece but I really struggled to wrap my head around the logistics. I'm still relatively happy with the outcome considering I haven't done any arts and crafts in a very long time. 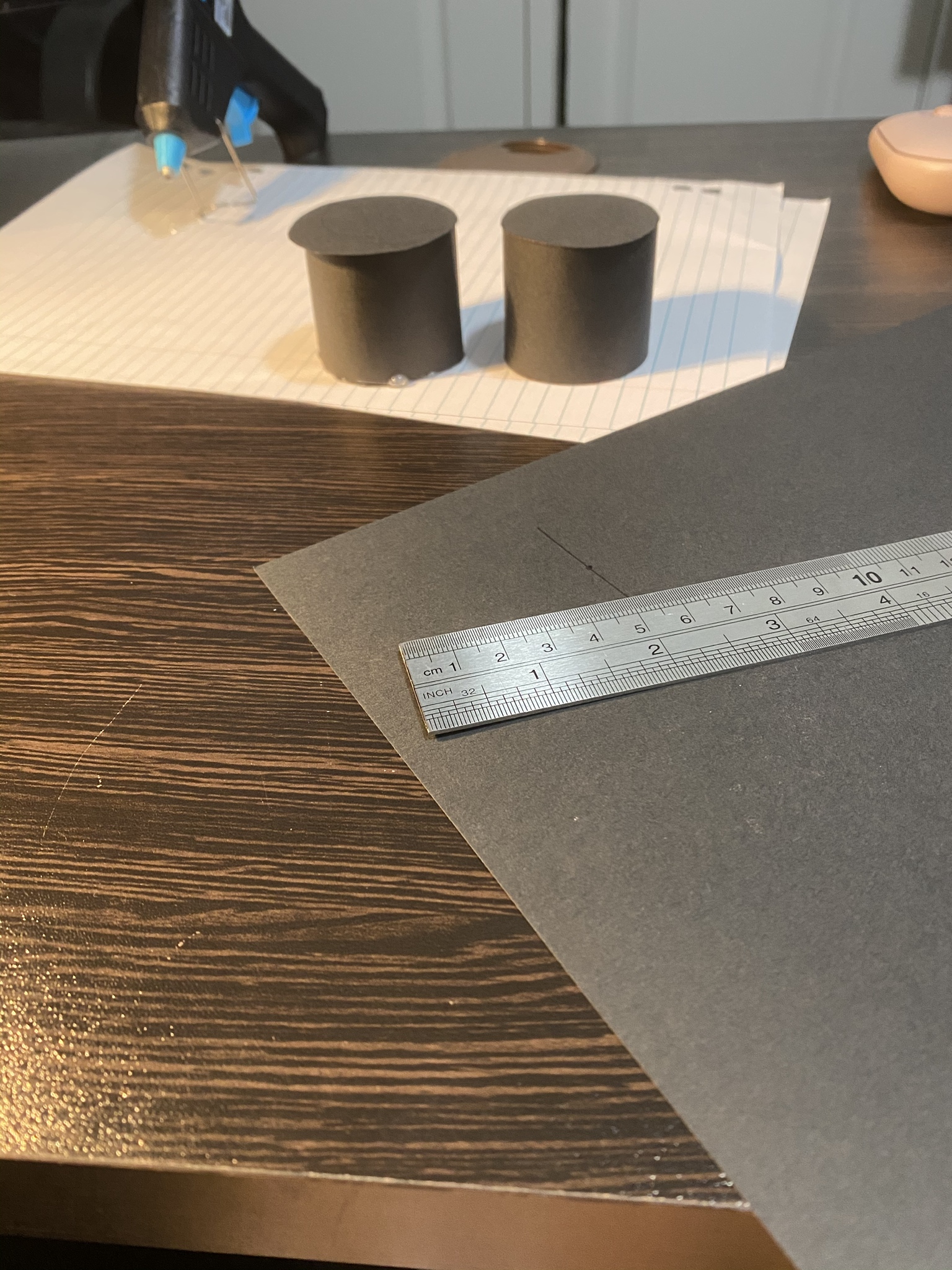 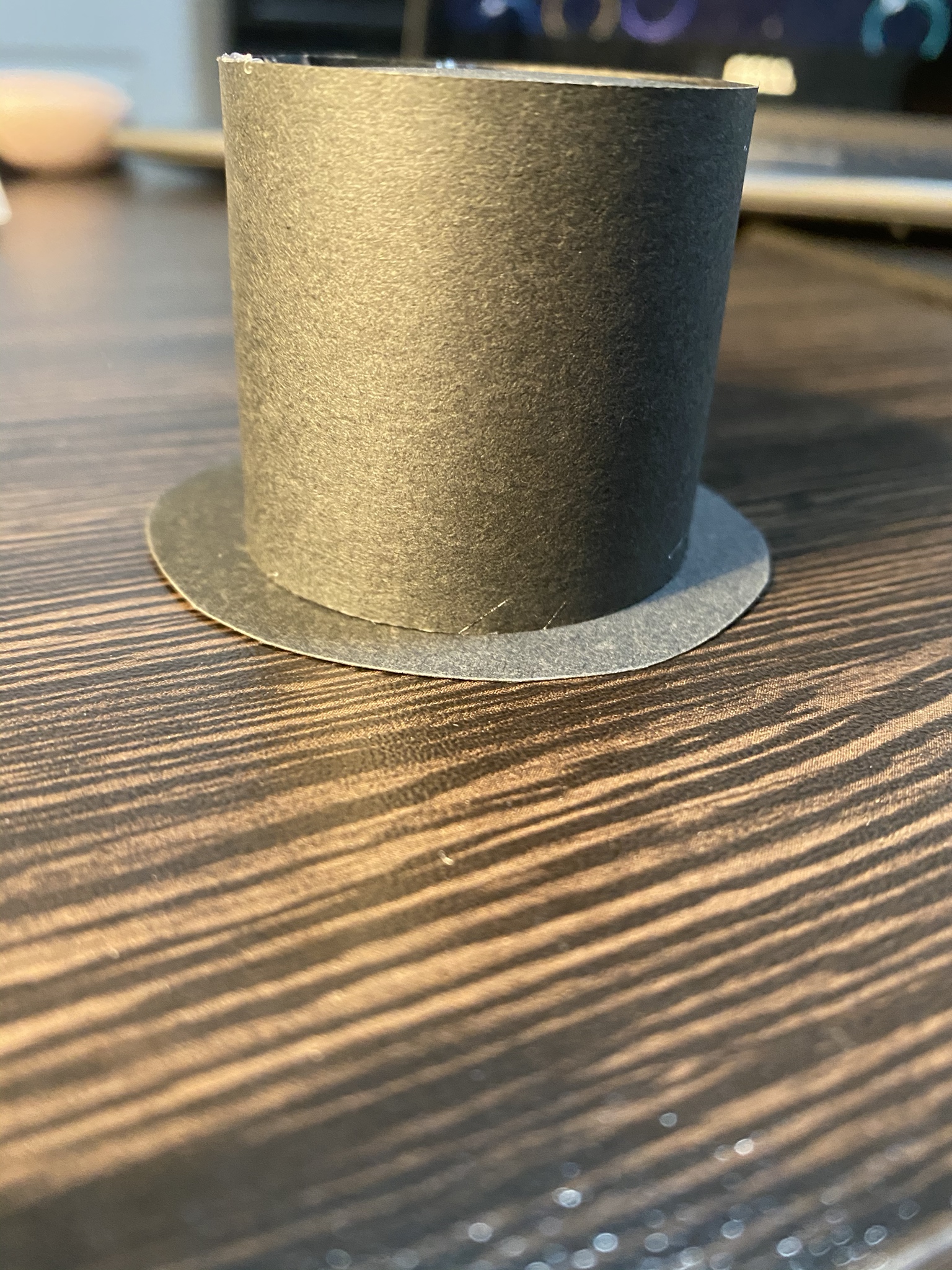 In line with some feedback I had received from the prototype, I have changed my RGB light to a neopixel strip. This will allow it to shine brighter and also fixed the issues I was having with the light. Whilst I am able to control each neopixel, I have decided to keep them a consistent colour as this feature doesn't really benefit what I'm doing and having multiple might just confuse the user. I've also programmed in a blue colour to appear when the air conditioner/heater isn't on to notify the user that Emily is not monitoring this usage.

After conducting research on the appropriate differences between inside and outside when using an air conditioner or heater, I received similar results. All my sources addressed a specific temperature that it should be set out to be energy efficient rather than a range of values that differ from the current outside temperature. This changed how I approached my code and I altered it to compare the current temperature to the energy-efficient temperature only when the A/C system is on. This actually makes a lot more sense in my head now and I'm happy with how it works. I have to simulate if the system is on or not as it wasn't in my scope to be able to program this.

I then went on to spray paint my bowls so I can start to piece it all together. I did a light coat around all the sides and just waited for them to set. At the time of purchasing the spray paint, I was undecided on whether to purchase matte or gloss and decided to go with matte as it would reflect less light from its surroundings. I did not think about the potential patchiness of the paint and its increased visibility. While it's noticeable if you look closely, I still think it covers the bowls fairly nicely and adding more coats would make it harder to see through. 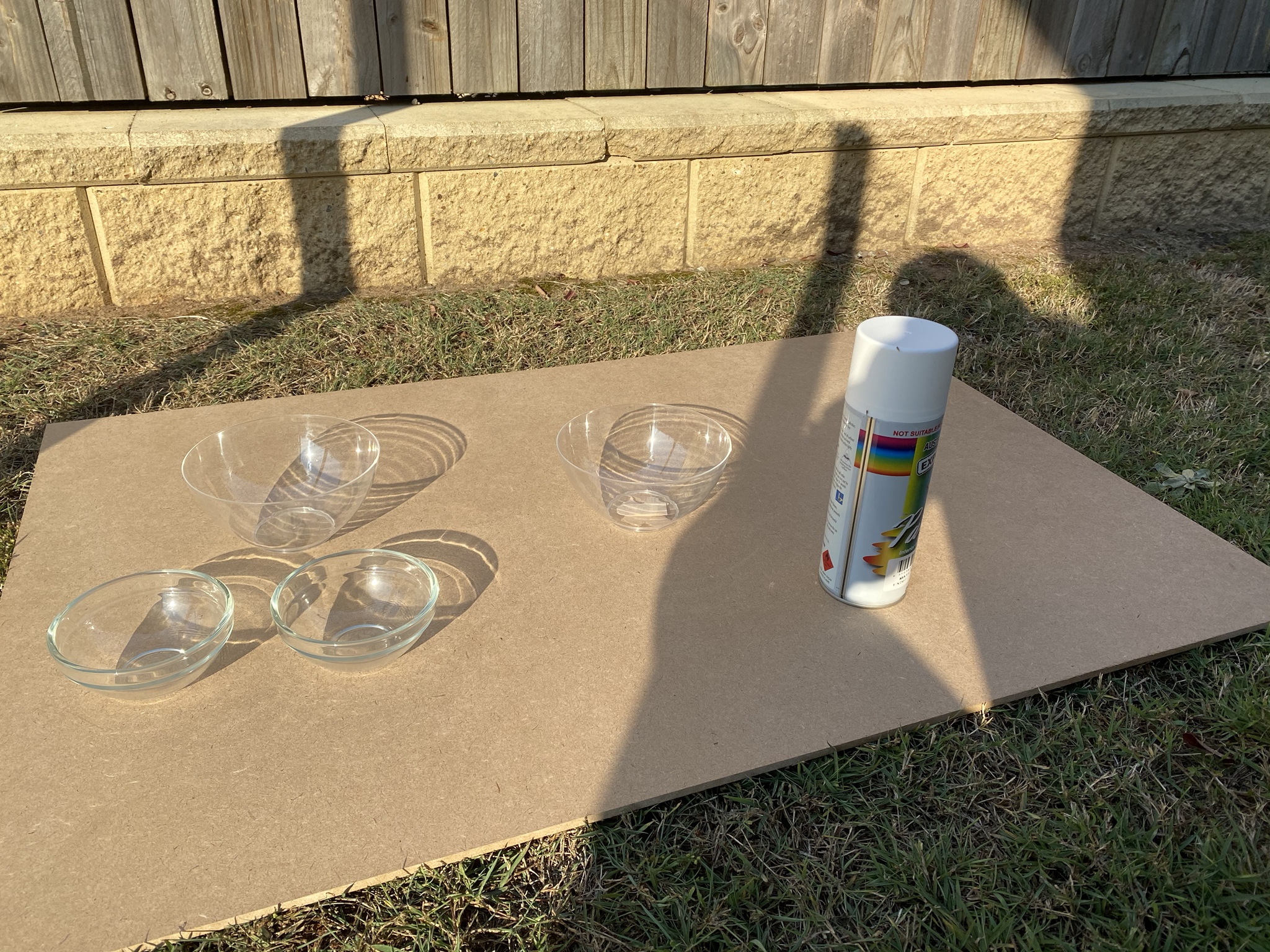 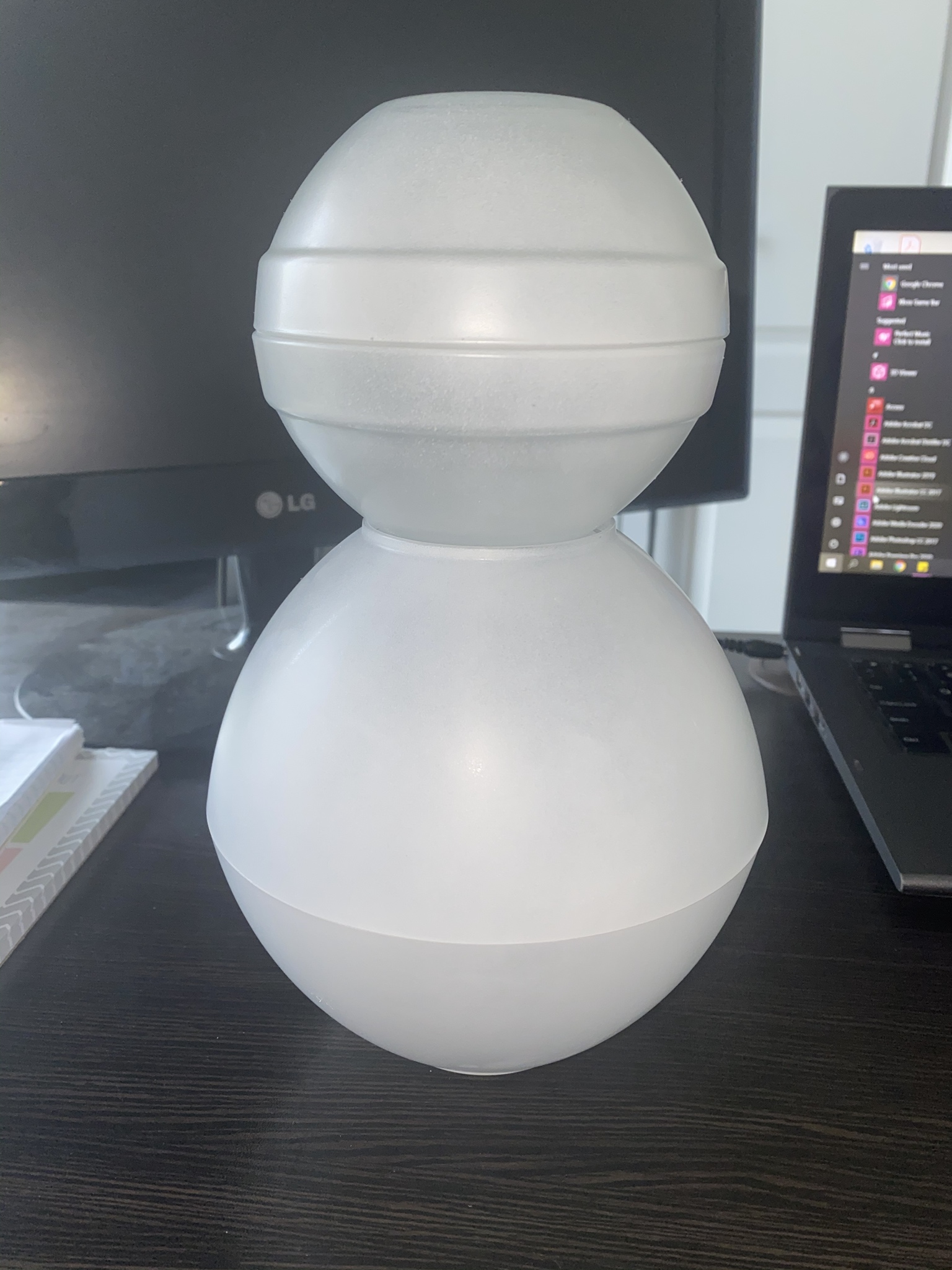 I am nearing the end of my project and have completed a large chunk of what was on my must-do list. I still have to create the majority of my content for my portfolio and film any material I need to add into it. I hope to add more accessories (maybe some eyes, a scarf, hands and a nose) to the snowman to give her more definition and then add a few finishing features such as a buzzer into the Arduino. Less than a week until the exhibition and things are definitely heating up!