This week I have combined all my features into one board and test the functionality. After that, I put the Arduino board inside a box and designed the box into different colors. The box can be seen as my first prototype which will be used for testing in the future. 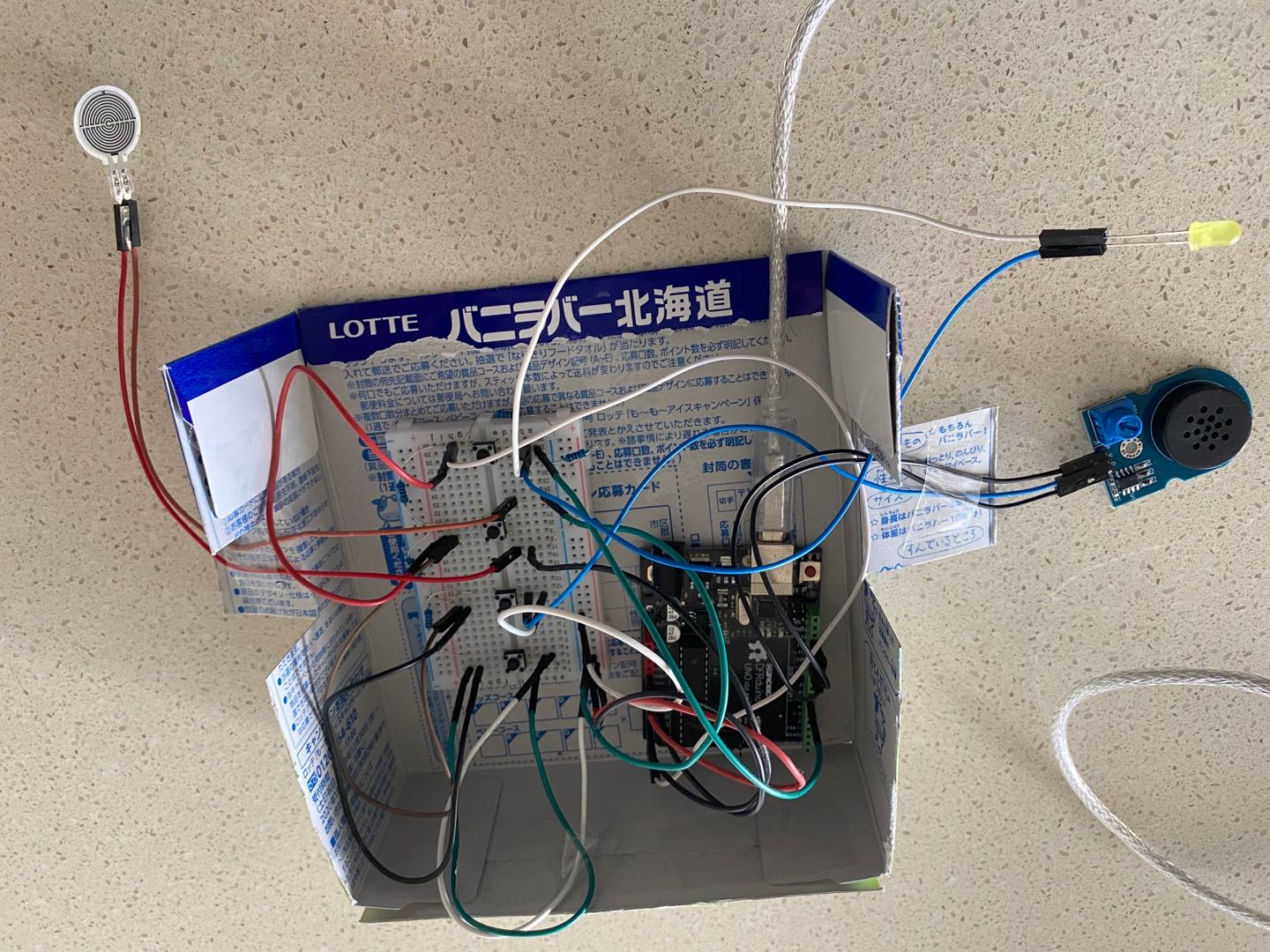 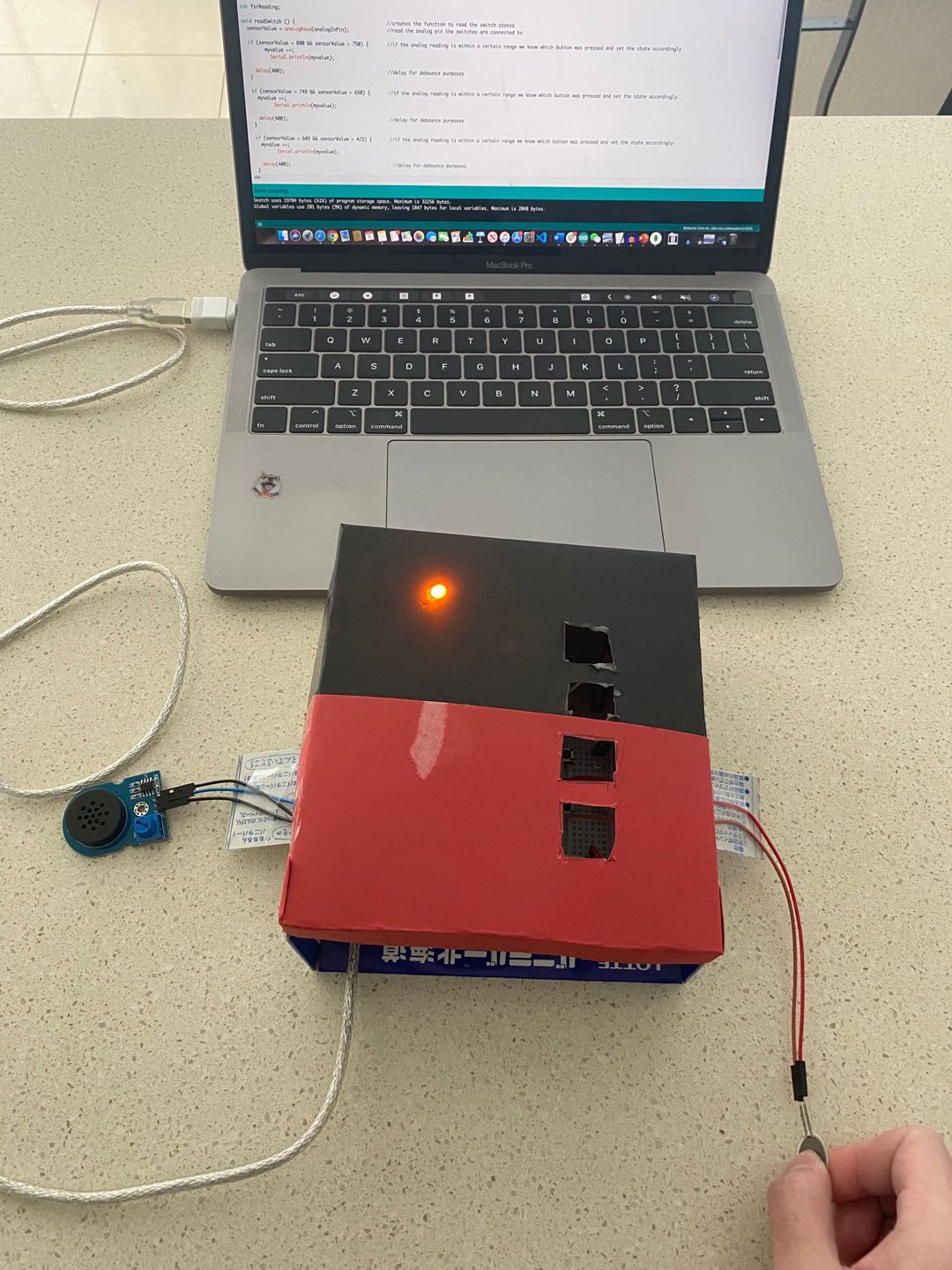 After that, users will be given a simple math question based on the number of cubes in the prototype, they can easily answer the questions by counting the number of blocks and they need to do correct responses to answer the questions based on the auditory instruction. In this case, users need to press the pressure sensor, and then the speaker and LED light will give both auditory and light feedback if user responds correctly.

I found that the auditory output is not very clear during testing, and the Arduino IDE does not support a large amount of encoded audio code, In the next sprint, I will improve the audio quality by putting the audio file in an SD card and using DFplay component to play the audio. I will also make the prototype more playable by changing the appearance and adding more inputs based on feedback and research.