This week conducted a very interesting activity at Contact session, called the World Cafe. Classmates shared ideas and concepts based on previous ideas on last-week posters. In this journal, I would like to inroduce some ideas from my classmates in one round or me below.

The first theme of round 1 was Altered Landscape. We discussed three ideas which were other feature's view of the world, play with famous scene, and gifts from strangers. I found that the last two ideas were about social network, such as sharing memories or architectures with others. However, the other festure's view of the word, what I am interested in, offers an opportunity to know the world of other animals, like ants, tiger,etc. It brings us into a total different world from ours. 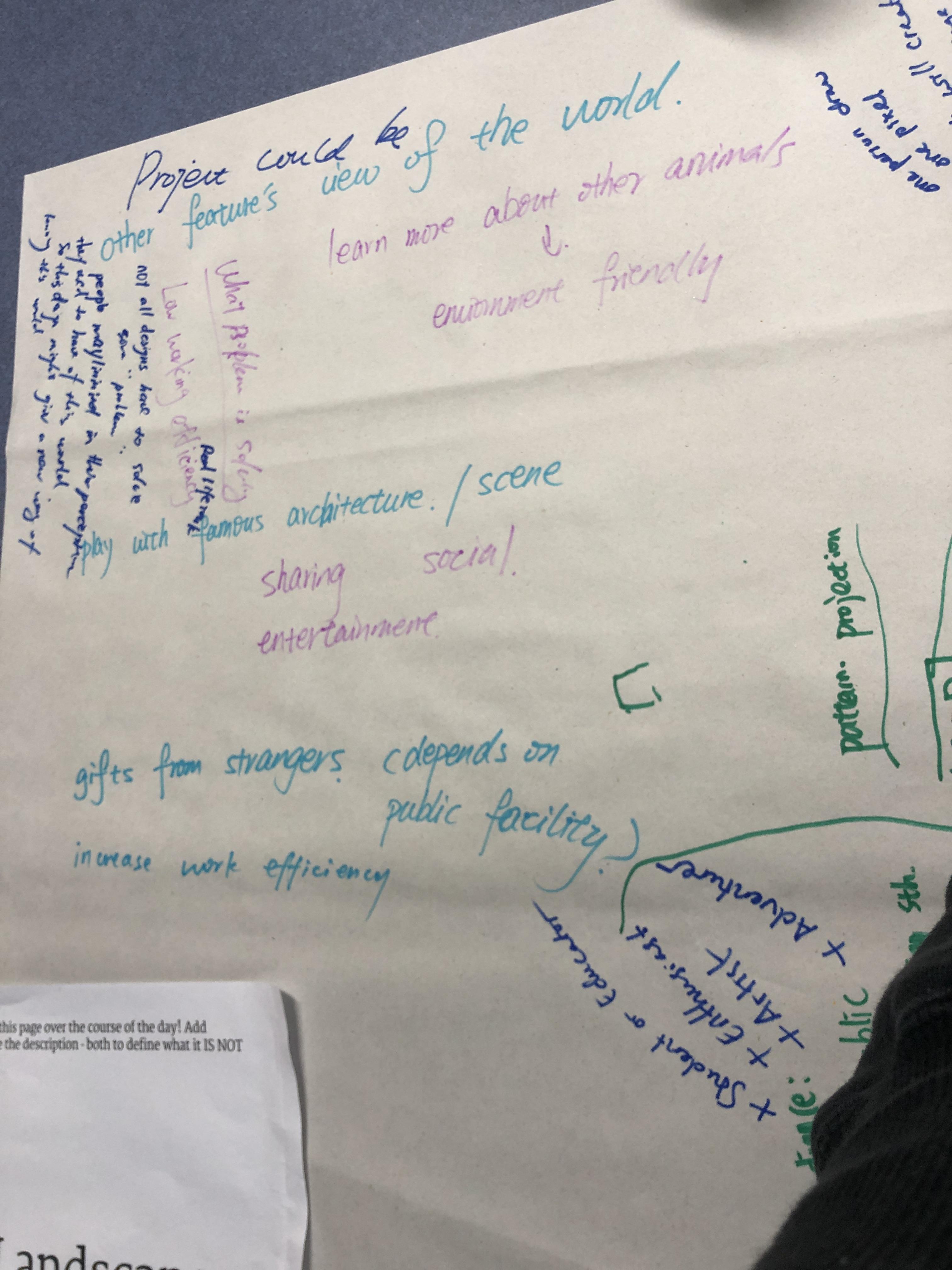 The second theme of round 2 was Guided Movement, which I was interested in it, especially for the guided shoes. I came up with the idea that the shoes not only can track users steps, but also can guide the user to the right way. For example, the user can be guided by the shoes to the healthy food restaurants after doing exercises. 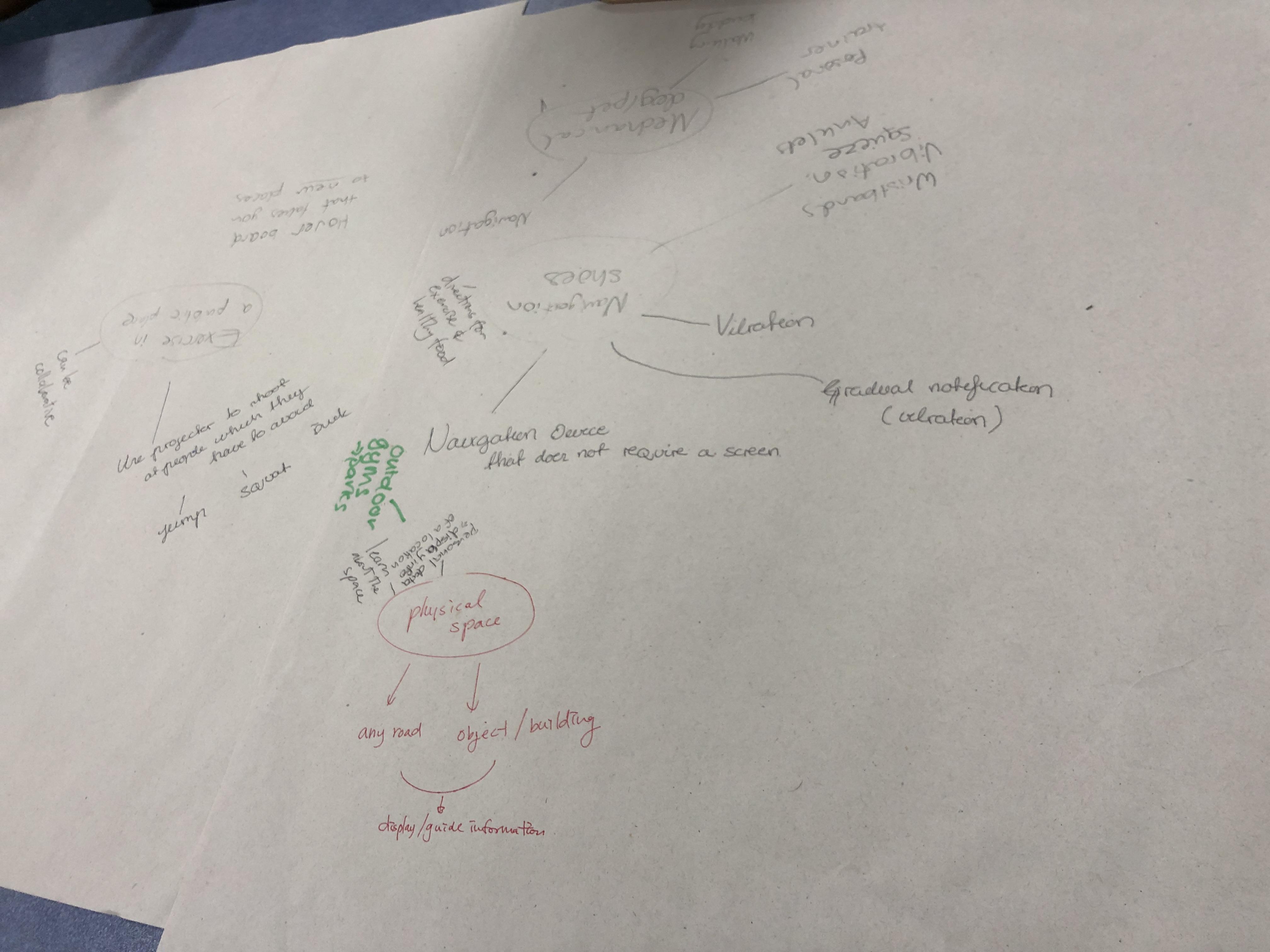 The third theme of round 3 was emotional totems. In this round, I expressed many my views about relieving feelings which were inspired by posters. For example, the pillow can be designed to give person who are angry or upset a comfort, which is like a Baymax. 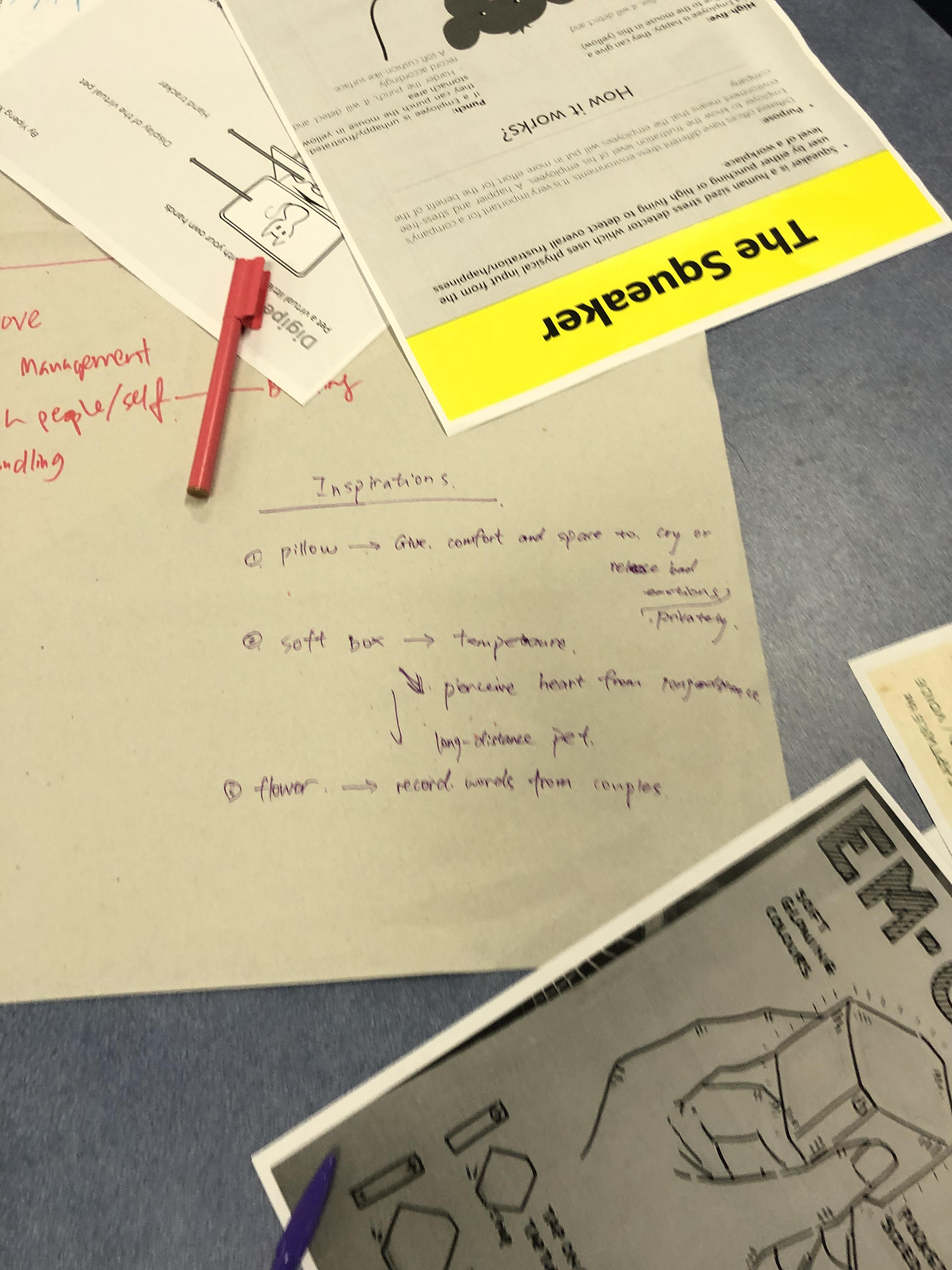 In this round, we refined the idea of tree of health. We came up with some good ideas, but the tree in offices or houses was hard to be implement because the tree in offices can detect our emotions. The problems are how the tree detect the emotions of users, whether the tree should be watered or not. Meanwhile, the previous idea was that the tree will be worse when the user feel disappointed. However, we thought it was a constrain for this idea. Therefore, we considered that the tree can stop growing instead of being worse if the user is upset. 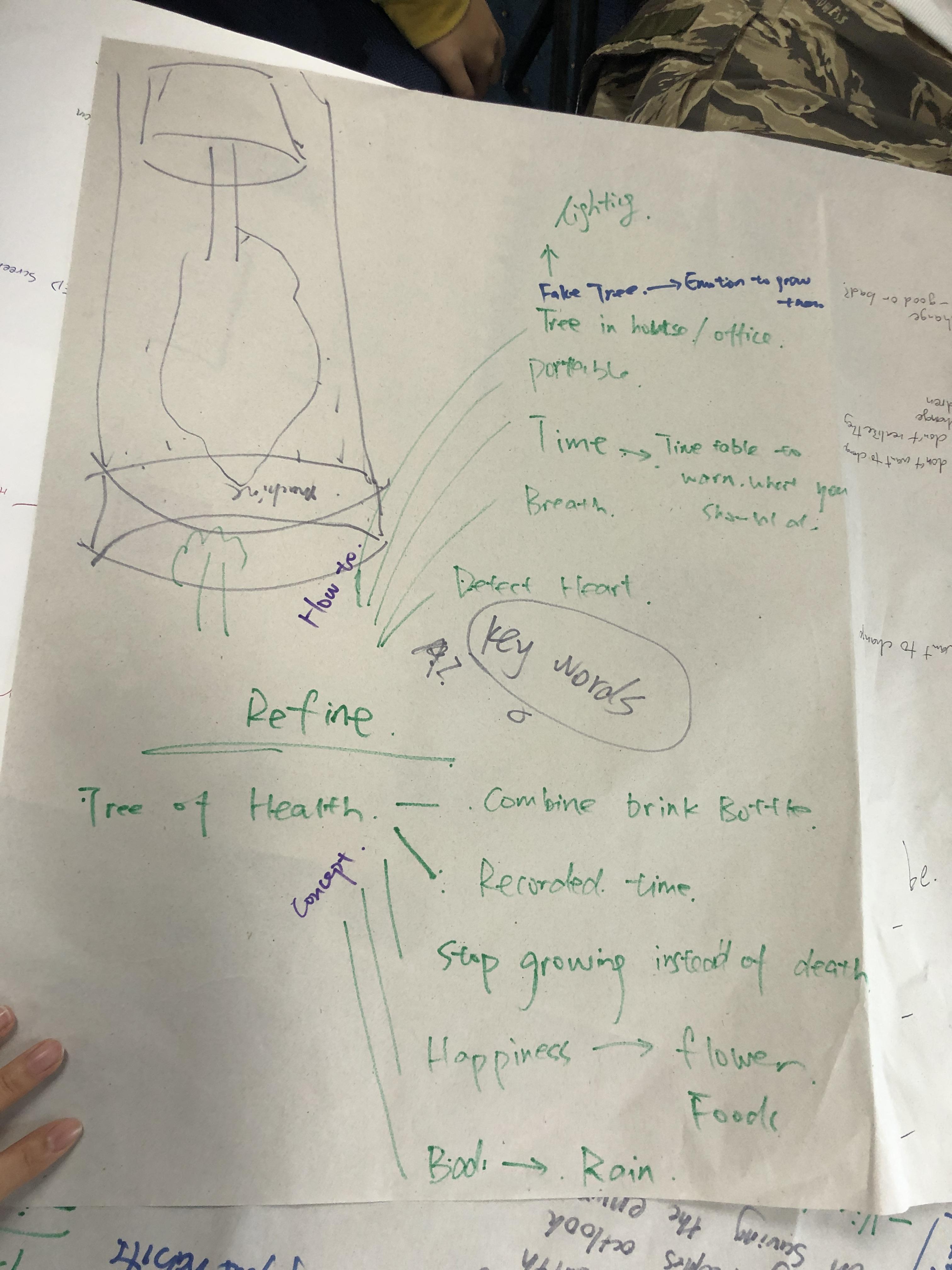