Work Done & How it Relates

Today I attempted to create ProtoPutty again... This time I used water and dishwashing liquid in substitute for cornstarch and it went a lot better! Being able to gather and pull apart the silicone in the water made it a lot smoother and I was able to remove the stickiness faster. I was then able to mould it onto something (this time I chose a bowl) and create something more from it. The end result was quite soft and probably not thick and strong enough to place another bowl on top and hold together to form a hollow bowl. Whenever experimenting with new materials, it's always going to be a matter of trial and error. I've been given a few more suggestions by the teaching team that I want to explore and see if it will be more suitable for my design. I have put a lot of focus on the physical form over the past week and have been trying to ensure I have the right material so that I can source it in time if not. After hearing everyone's report back in the studio today, I feel like I really should start investing my time in the technology aspect to my prototype. Lorna also suggested that we should watch movies such as WALL·E to get a feel for how they portray non-speaking objects with a big emotional part. 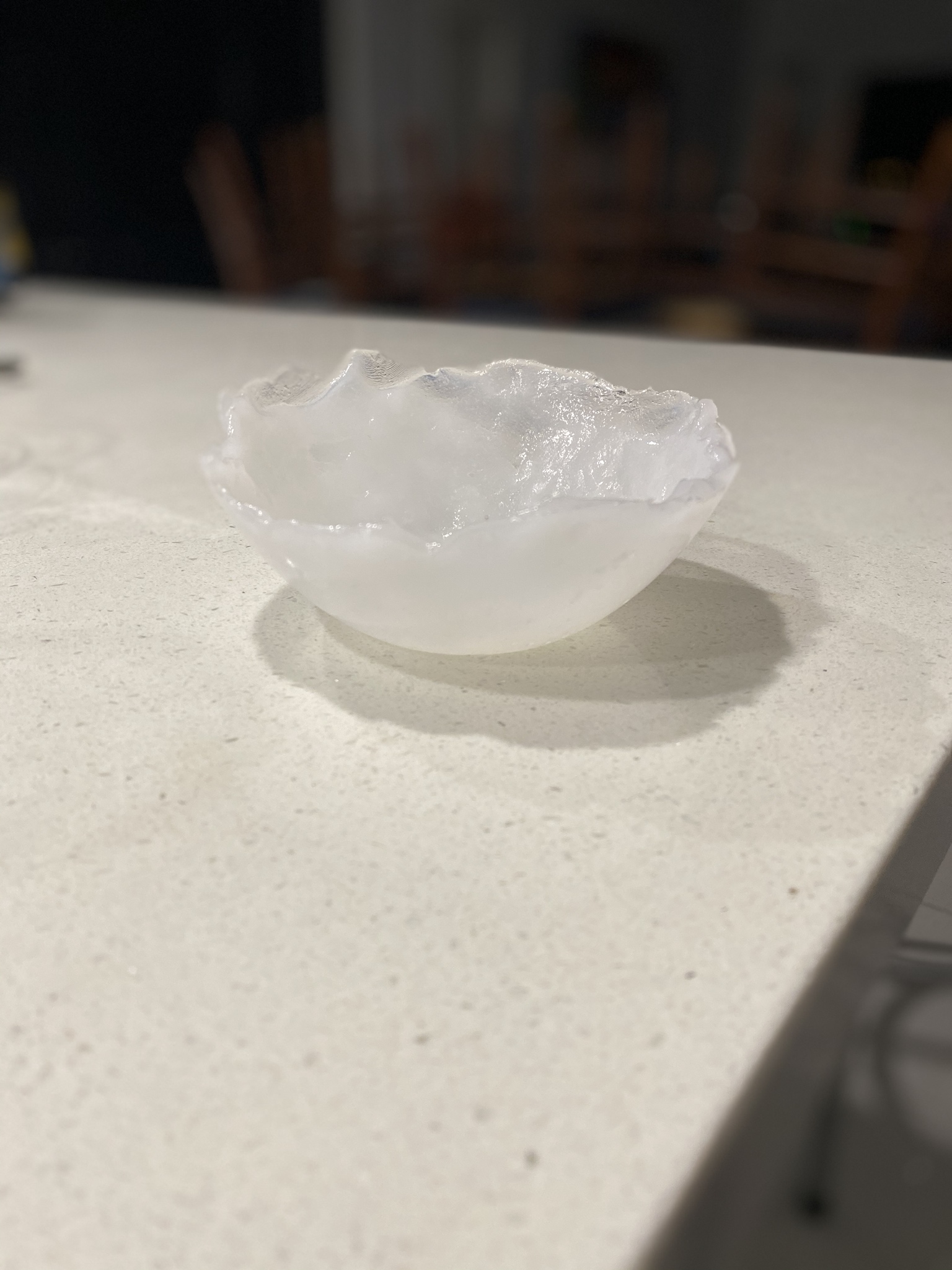 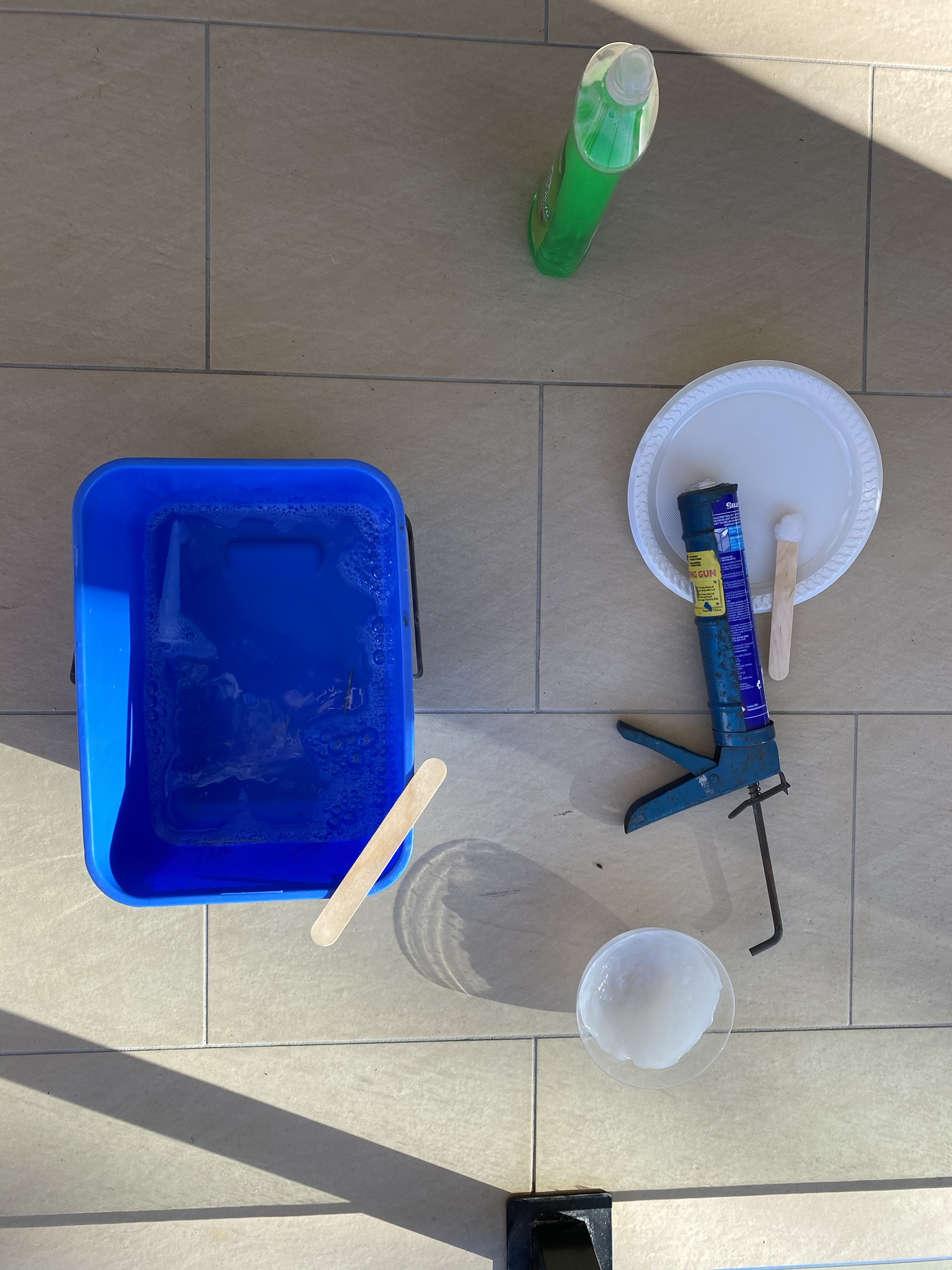 I also had more of a play around with Arduino and what I can do with the sensors I have. I have tried to play around more with sensors that I would use in my project but I still have a few more to explore. I mainly played around with tutorials but I would also like to explore the sensors themselves and understand the workings behind them to then grasp their potential for my project. 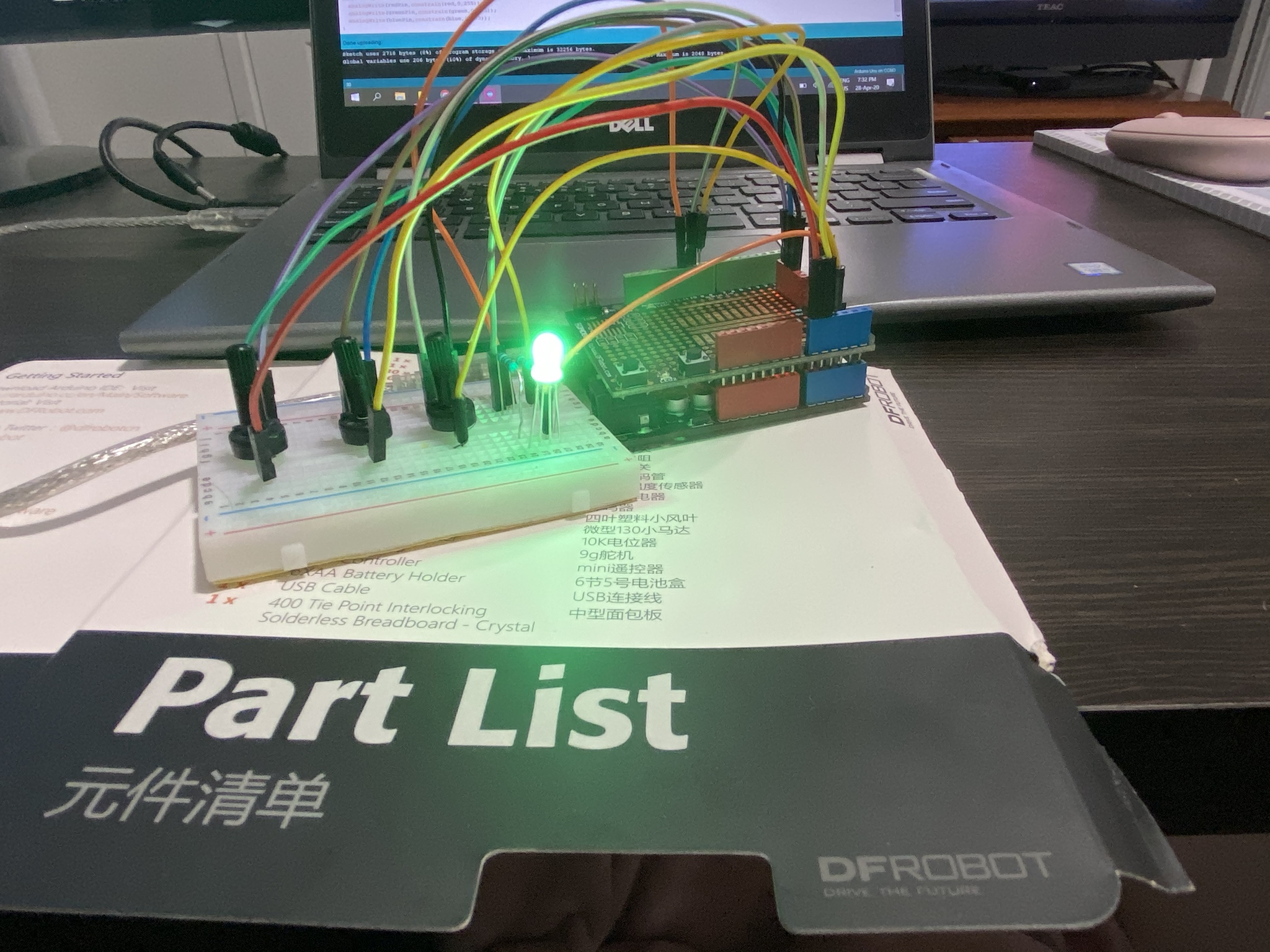 Playing around with Arduino and the RGB lights.

Over the last week I have also been conducting some research related to my concept and what I will be trying to achieve with such. My research on feedback in digital technology showed that some important characteristics to have were feedback sign, comparison, tailoring, modality, frequency, timing and duration. The aim is to alter the user's habits by presenting them with behavioural feedback. I have planned to incorporate this into my project where the user will receive specific feedback relative to which energy consumption habit they are in breach of. In regards to energy use in the home, one of the papers I read stated that in needed to be in everyday life, attractive, interesting and accessible to all household members to create discussion between different members about their consumption. This also fits in with the project theme requirement of being a novel, playful interaction.

I still need to break work on implementing the technology aspects in my project (focusing on the temperature and light sensors for the meantime) and then finding a solution for my form. I would like to have this completed soon so that I can complete user testing after and alter the results accordingly.

I started to really struggle for inspiration on my form and what materials to use. I was getting frustrated and started to even look for a snowman that I could buy and use as my form instead of building it like I was planning. Upon a little trip on Pinterest, I found some really cool and creative ways that people have made snowmen with stuff they have around the house. As a lot of people don't get snow in their area, people have posted their own snowmen and it gave me more inspiration to easy at-home ways that I can build my device if I cannot achieve what I envisioned. 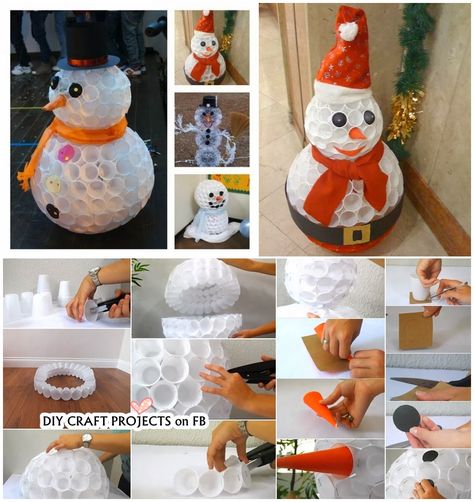