At the start of this week, I handed in the submission of the prototype on Miro. And then each team appraised other team’s report, so the journal for this week is mainly based on the prototype feedback.

Later in the contact this week, we appraised the three teams we are assigned to as a team. The process we did it was that during the contact in the breakout room, our team members watched the 12 videos one by one. After each watching, we discussed our understanding of this project, including the pros and cons and then write appraisal in a google form. Then each of us four picked 3 projects and integrate all the appraisal from all members in the form.

In the workshop this week, we read through all 12 comments that have been teased out and put them on Miro. We discuss a little about the future teamwork and individual work. For the teamwork part, we planned to talk about it in the next workshop, for the Final Delivery Team Outcome due next week which means we have enough time and all of us have other assessment to do recently. We also talked with tutor about the future plan based on feedback from other teams.

I went through three appraisals three other teams provided to me. I listed two questions about my prototype at the end of the video and they gave suggestions about it.

Other possible suggestions are:

I may consider these questions if I have enough time to implement it.

(Journals for the previous weeks are being teased out) 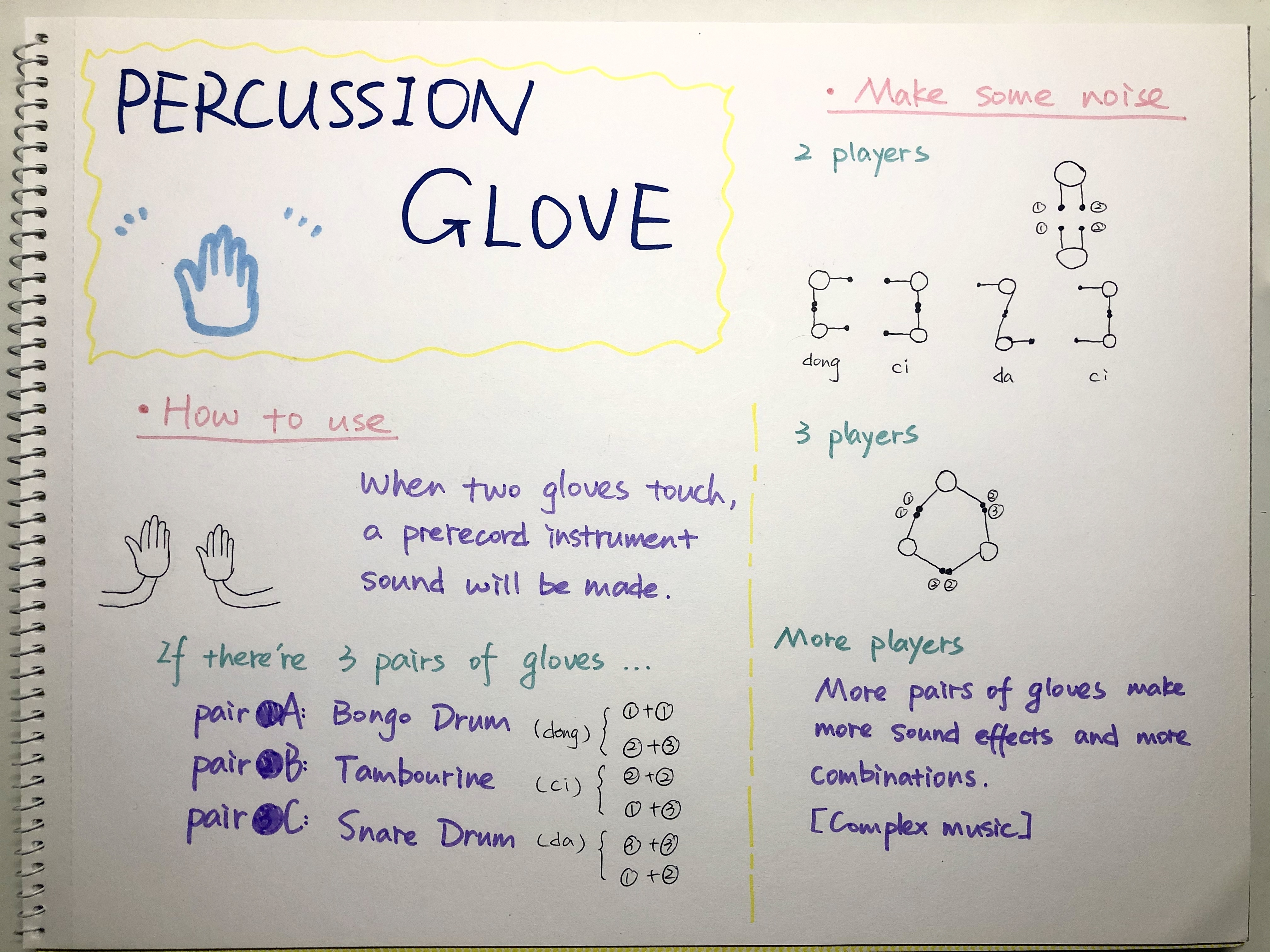 Some days ago, I had a dream where I played electronic music with my friend. So I though music theme could be a good idea.

Wearing gloves with sensors, people can make noises of bongo drum, tambourine, snare drum and so on. In this way, it is a product that combines music and social.

When a touches c, the sound is bongo drum.

When a touches d, the sound is tambourine.

When b touches c, the sound is snare drum.

In this way, these two people can play music by clapping hands.

More instruments and combinations of them can be prerecord for people to play. It could be like a hand band.

It can be a children clapping game (from Lorna).

Sensors can also be put on legs, hipbone to represent notes (from Jenny).

Hey your blog post needs to have more detail around what has been completed in each session. You should also have more reflection on processes and designs that occurred during the weeks.

In the contact this week, we used cards in class to generate ideas. It is out of the box and inspiring.

According to the cards our group picked, we are designing to shape using smell in nightclub with the quality of nomadic. In this sentence, smell can be conceived as a method of shaping. Nomadic is considered as a group of people who travel frequently. My idea for this circumstance is that before going to an unfamiliar nightclub, people who are new in this city may want to choose which nighclub to go. They can choose by selecting the smell of pre-drink they like most, and it leads to a particular nightclub. 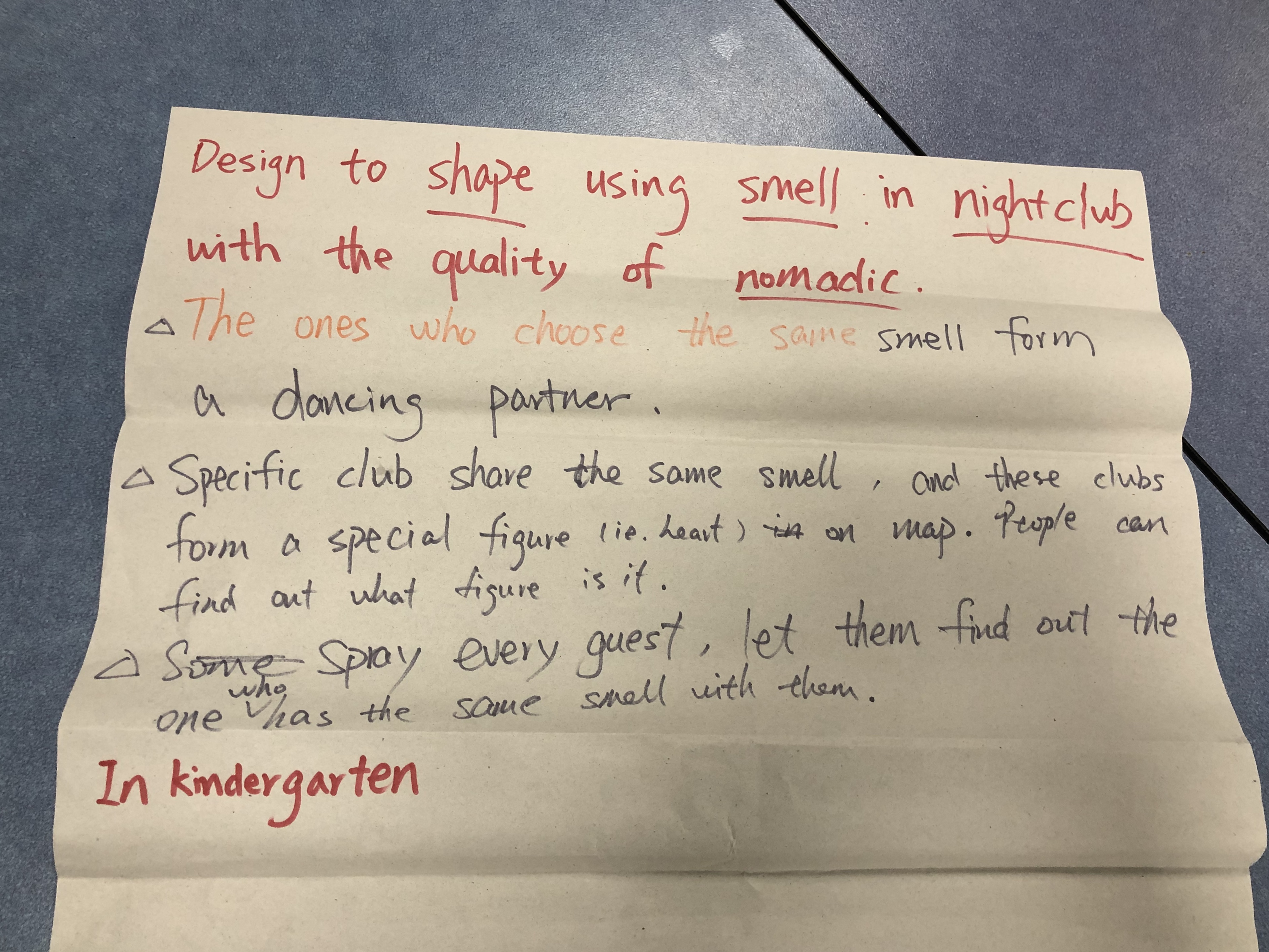 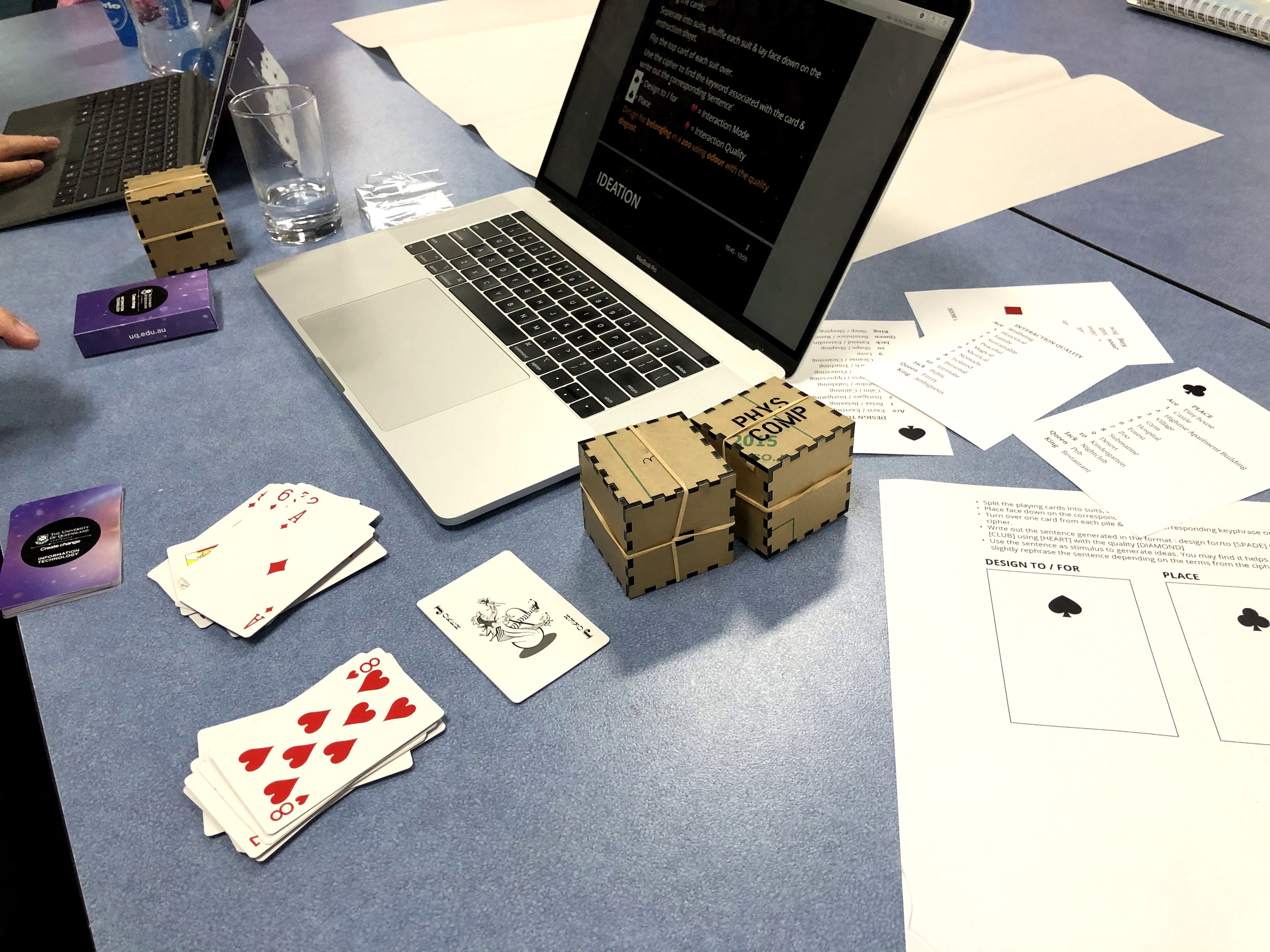 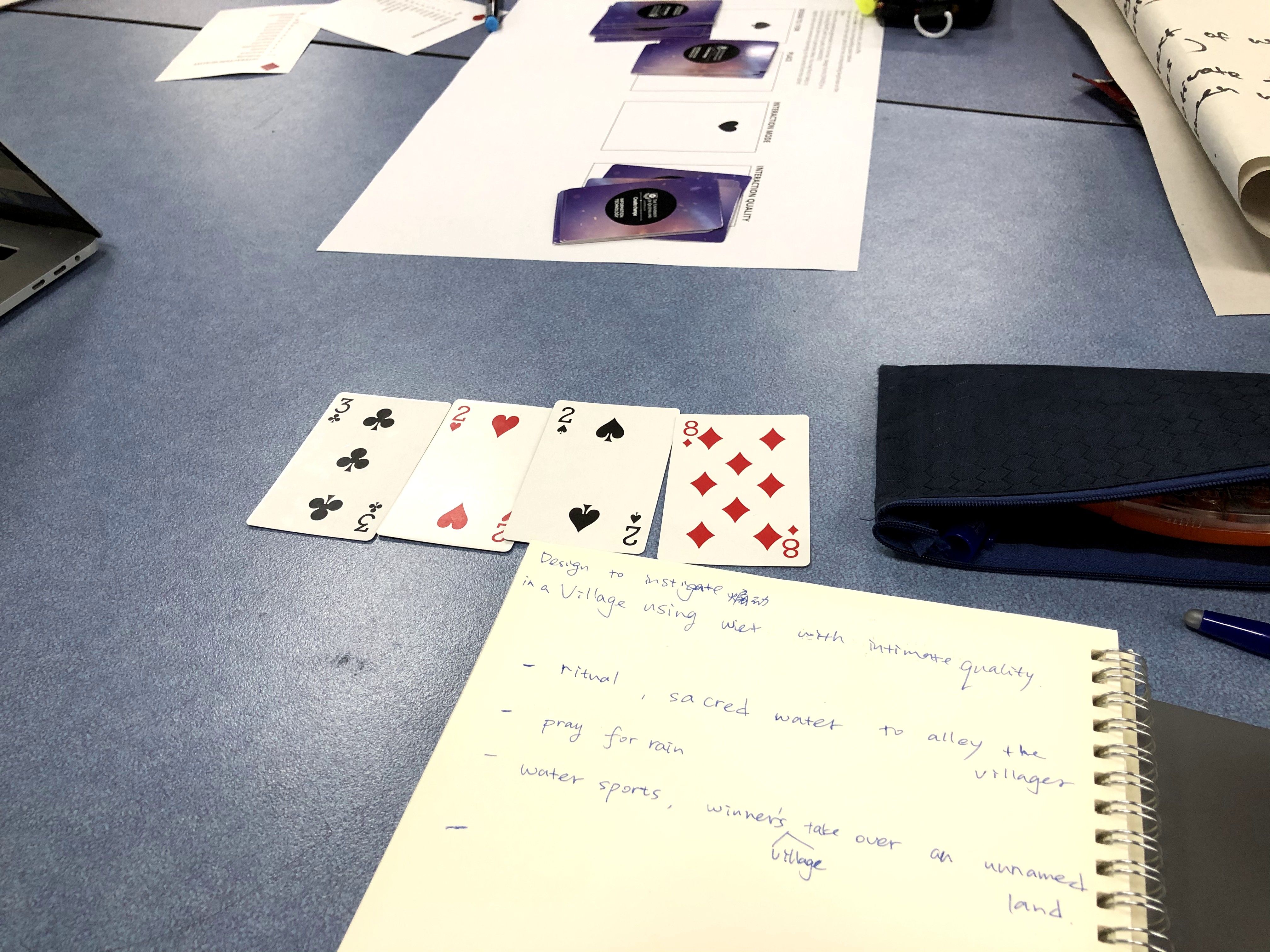 My name is Autumn. I am a MID student. I love outdoor sports and recently I had great interests in scuba diving. The sense of achievement that I can get from the courses is that we can create and build special experience for people. It can be inspiring, motivating, relieving and unforgettable. As time pass by, many things will fade away from people's memories, but experience and feelings last long. I'm enthusiastic about creating it.

What I'm looking forward to learning from this course is to build things with newly gained skills like using laser cutter and band saw and combine technology with it. Human beings are naturally close to tangible physical things than electronic things, so I'm expecting our final product would be cool and influential.