This week has two major activities which were world cafe followed by team allocation, in world cafe we get to participate in discussions regarding to themes categorised from the presentations we did in week 2, discussions we as groups did were quite freeform, we talked about how the ideas on the table could be something else that enhances certain user experience.

Body as controller was one of the themes (it’s also the theme that I want to pick as my project theme the most) that I was in a group of 5 to discuss about what kind of experience the ideas can stimulate for users, we talked about the social aspect and how it could be better with the example of one of the amazing ideas on the table (glove percussion, it is an idea which users can put on a pair of glove and generate the sound of percussion of different drums with different hand movements / gestures.)

And how the idea that we picked enhances its social aspect? We thought about another way to use it is to allow users to use not only a kind of instrument, but it could also be anything such as electric guitar, bass guitar etc… Besides it allows users to jam a sound as a band remotely without physically being in the same room.

Best news was that I was allocated to “Body as controller” (hooray!!!!), whether the concepts we discussed about in the world cafe will be in our actual project, I am not sure, but definitely It would be one of our inspirations generated as a team.

Congratulations to me to be allocated in a team of 4 working on “Body as controller” which I (sorta) had experience before with Arduino in DECO2300, where I made a glove to controller the left and right in a game.

On the day we were allocated as a team, my other 3 amazing teammates also came up with an potential idea to be presented in week 4 or even picked as our project idea. Which the idea was a game that players can play as a god in a world where he/she could literally destroy/fix anything in sight, the equipments needed are still being considered whether it is to be on VR/AR or just a screen.

We all had experience using Unity, 3D modelling, C#, Arduino and etc, however we are open to learn and adapt new things depending on what out concept will turn out to be, I’ll stay tuned for that.

We are also going to have our first team meeting for the presentation in week 4, where we will talk about the work allocation as well as refinement of the concept that we have developed so far. 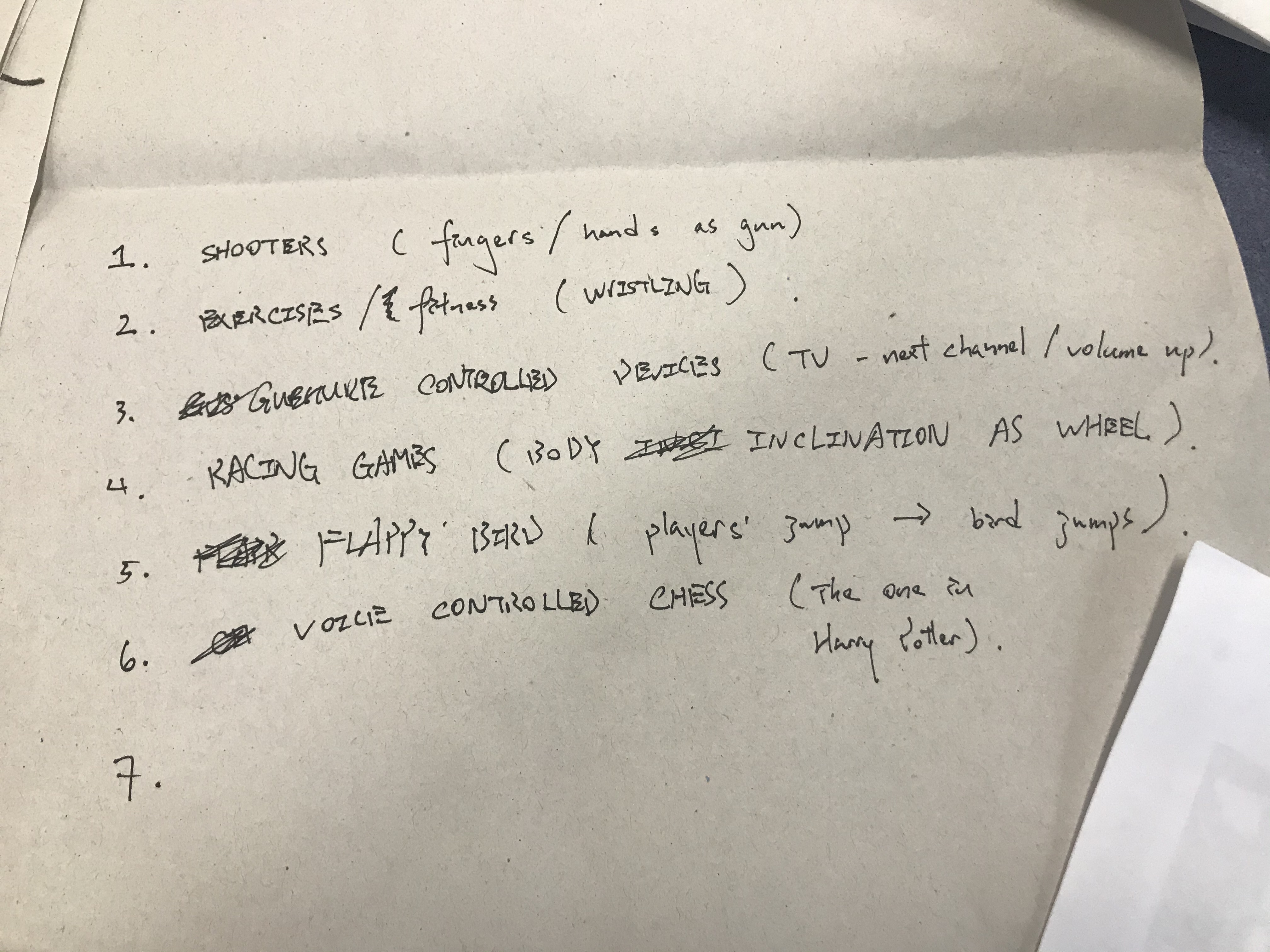 And then we also had Mr. Bash talking about his experience of getting a job, mindset and tips that we will need after we graduate. This had me actually thought about what is my selling point and uniqueness when I compare myself with other IT/multimedia graduates, definitely it’s not all about technical skills because this is something that there always is somebody who is better, nor it is about your ideas/brilliant mind unless I am going to be an entrepreneur, surprisingly it is more about the simplest thing you can imagine, a likeable personality (which I was not born with and am working on).